A Cult by Any Other Name

Home / Inspiration & Insight / A Cult by Any Other Name

With all the motives which exist, many of which are subversive as to their true intent, agendas may always conflict with one another. Individuals may, in time, connect with others who share similar intentions, debating the issues, without battling each other – consolidating our energies.

At Revision Media we provide an independent talk radio broadcasting platform and online publication for people maintaining sovereignty through exchange of information, perspectives and ideas.

Our primary motive is to connect like-minded individuals, the motives of whom are in the best interests of the people. We must assist each other in seeing through the facade of how things are presented for us to perceive at face value. Empowerment as energy which perceives and comprehends this reality beyond the matrix of propaganda which we are presented with each day. Consciousness is a tool which hardly occurs naturally in this so called “modern” world. Otherwise repressed continuously by outside forces, it is a tool which must be developed.

This platform aligns with the path of the Mystic/ Shaman/ Seer/ Gnostic with an intent of preserving the esoteric and hidden knowledge throughout the ages and passing this information down through the next generation of such.

One interesting topic in particular is that of the cult dynamic or cult mentality. This is actually a topic which I have been doing some serious long term and first hand research into. By this point I have far more information on this topic that most people do or even could. Most definitions and interpretations of what forms cults may take tend to be relatively conventional and straightforward. The information which I have access to goes far beyond that.

There seems to be a grand hypocrisy within the independent media and so-called “Truth Movement” in this regard. Ironically some of these people talk about “The Awakening” or “Their Awakening” which intrinsically implies they were once asleep, yet they nonetheless tend to cast speculations and assertions through thoughtless reactions.

Some will maintain inconsistent biases in picking and choosing, very much like a way one might pick cherries, as to who’s brainwash-based past can be forgivable and who’s brainwash-based past will remain unforgivable. A great many who pursue independent journalism and the truth movement have been unjustly accused, doxxed, shunned and excommunicated under false assumptions.

Many feel expected or compelled to disavow individuals during these instances without even so much as any attempt to interact or communicate with them to clarify such information. This can often be further compounded due to being influenced by a herd mentality rather than using any logic, consistency or introspection when coming to their conclusions. What would be far more appropriate and necessary in many of these instances would be a thoughtful response while accounting for many of the variables which define perspective and point of view.

At times some of this will additionally come from those retaining societal control mechanisms, perceiving a potential threat, as a means to re-enforce their doctrines. COINTELPRO showed us just how much big government and three letter agencies will regularly play their part in societal perception and manipulation as well. These organizations of corporate and political Empire often contribute in this to facilitate their maintaining control and burning those who dare to challenge too far for their comfort zone, who are reaching for the stars and in their opinion too close to the sun.

Different people each have their own “camps” and “cults” both inside and outside the independent media of Truthers, Patriots, Trumpers, Alt-Righters, Libertarians, Light Workers, White Nationalists, Right Wingers, Left Wingers, Far-Lefties, Antifa, Clinton Fanatics, Christian Zionists, …….the list of course goes on and on. Each of these tend to have cult-like exclusion and excommunication unspoken rules, however, one never recognizes something as being a cult during the time while one is still inside of and part of said cult.

Some key points which many of us have suggested related to cult dynamics can of course include:

The battle for the future is the battle for your mind. Collectivism is the enemy of the people; it seeks to eradicate independent thought and ultimately the individual along with it. The nation state has all but dissolved in the wake of this monstrosity known as the multinational corporation. Creativity, freedom of thought and expression would not be welcome in this cold new paradigm. Corporatism is the new primary enemy of the people in this new age. Corporatism exists completely devoid of humanity, by design.

Much of this development is riddled with arcane references and corporate legalese to intentionally obfuscate the conditions and circumstances.

Many of these semantics are thereby hidden in plain sight with regard to the self serving agendas of Empire.

Much like a singularity, a black hole, Empire may devour all if left unchecked – donning masks such as The League Of Nations, The Trilateral Commission, The United Nations, the North Atlantic Treaty Organization; it is certainly even questionable as to whether the European Union focuses more to benefit the European Nations, or rather focuses on merely consolidating their energy and resources to exploit, very much like a parasite.

The motives and agendas of these organizations are not in the best interests of the people. One need only look to the multitude of laws and censorship directed at a given interest to illustrate whether it is in the best interest of the people or the corporatist complex. One example of this might be the globalist anti-white agenda and the absurdity of whites being encouraged to rejoice in the death of their own culture.

TTP and TTIP so-called “free” trade treaties are anything but; additionally, they contain within them authority for totalitarian control over nation states, in every aspect over free speech censorship, ownership, education/indoctrination, treatment and contents of the environment, food and products in our lives, even control over your own body itself – Pharmaceutical Industry; Vaccine Industry; GMO Industry; Military Industrial Complex; restrictions on growing food and medicine; restrictions on collecting rainwater; corporate and federal confiscation of land and water resources; censorship of criticizing Israeli war crimes or questioning the holocaust; censorship of questioning the sovereign perception of the Private Central Banks, keeping us all obliviously enslaved under them – consuming nearly all our time leaving us with next to nothing in return.

The motivation for nearly all of the West’s wars in the Middle East involve keeping people forced to use the U.S. Petrodollar, conquering land for the sociopathic quest for Greater Israel, and keeping would-be free nations enslaved to the Private Central Banks.

There is a new paradigm in the works –

Parameters of which are currently still being defined – 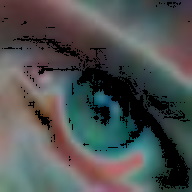 Richard Kary is the host of Arcane Semantics and an astute observer of the social engineering which encompasses our society. Having identified and resisted many of the dogmatic, ideological control mechanisms since an early age, he has traveled from technological and underground music culture through research of the philosophical, psychological and metaphysical disciplines. Humanity must acheive a merging of scientific and metaphysic to progress any further. The preservation of knowledge is of the utmost concern, on behalf of both those among this epoch as well as for those who shall come after.