Native Americans, like many other ancient civilisations, were clued in on the inner-workings of nature. They found ways to harmonise with it, taking advantage of biological cycles and utilising astute observation to make abundance seem almost fortuitous. But, it wasn’t all luck. Sometimes colonisers simply didn’t (and still don’t) recognise the guiding hand behind these highly productive, innately cooperative systems that were in place when they arrived. We continue to pay a price for that oversight today, and our payments may have only just begun.

One of the reasons permaculture is such an appealing methodology for creating sustainable homes, gardens, and lifestyles in the modern world is that it so often harkens back to ancient techniques, adopting the logic behind them whilst imbuing them with today’s technological advancements. In this interplay between bygone ingenuity and mechanical diggers, wells of inspiration spring forth for innovative design that keeps us comfortable and, at the same time, emboldens nature to put forth its best work on our behalf.

With that in mind, perhaps now—amidst Pacific Coast wildfires, cues of hurricanes in the Atlantic, and a pandemic putting the brakes on consume-it-all capitalism—is a good time to revisit what was happening in the gardens of North America a few hundred years ago, before colonisation. Maybe we don’t want to live exactly that way today, minus the internet and all that good stuff, but maybe there are some answers for today’s problems that were overlooked back then.

Often noted as perhaps the most productive and sustainable agricultural system the world has ever seen, chinampas were an Aztec technique (adopted from an earlier civilization they conquered), and essentially Mexico City is fed by what used to be incredibly soggy swampland. Chinampas were a clever method of converting very difficult land, agriculturally speaking, like this into multiple layers of production that continually renewed itself.

What they did was took low-lying wet land and dug canals through it, piling the sides of the canals with alternating levels of mud and decaying vegetation excavated during the process. The canals were used for fish and aquatic plants, and the very fertile “floating islands”, about four meters wide and whatever length made sense, had diverse crop plants growing on them, as well as over the channels between them.

The canals were periodically dredged to keep the waterways deep enough for canoes and the land fertile from the rich silt added to the garden beds. In addition to providing aquatic production, the canals functioned as a network of transportation for harvesting and tending to the chinampas. It requires much less energy, be it human-power or engine-driven, to float crops to their destination rather than move them over land. 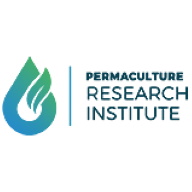 The Permaculture Research Institute (PRI) is located on a Permaculture demonstration site in The Channon NSW, and is headed by Geoff & Nadia Lawton. They specialize in education & training worldwide.