Anna von Reitz on the Fundamentals — How We the People in America, Owning the Land, Can Reject Banks & Debt

Home / World Watch / Anna von Reitz on the Fundamentals — How We the People in America, Owning the Land, Can Reject Banks & Debt

Anna von Reitz on the Fundamentals — How We the People, Owning the Land, Can Reject Banks & Debt

[TCTL editor’s note: Please understand that this is not legal advice. Legal advice will never be given on this website. This is offered as a potential tool for your use wherein you take full responsibility for the outcome of your actions. This is a complex subject. This interview is just a brief intro into the work of Anna and others on this subject. It will take study to decide if this is a path you’ll want to engage in. Please do your own research and trust yourself when reading and when giving consideration to anything that appears here or anywhere else. Like many readers here, I’ve looked at this material for years and explored many avenues. Personally, I’d rather just reboot the entire world and free it of all entrenched systems.  I’ll continue to share anything that supports personal freedom and responsibility. ~ Kathleen]

Anna von Reitz is one of a tiny handful of true experts on the Deep State’s use of corrupted law and language to undermine the sovereignty and prosperity of We the People of the land.

Anna von Reitz discusses the fundamentals of the fraudulent variations of the US Government actually controlled by the Vatican and Great Britain and announces how State Assemblies have been called into session in each one of the 50 states.

The bottom line is that We the People of the land, on the land, are the sovereign individuals and title holders who are able to renounce, reject, and render null and void all absentee landlord claims.

She addresses the unlawful conversion that has taken place in the past – in effect human trafficking – in which the individuals have been unlawfully converted into “human capital.”

The War of Secession (the South seeking its lawful right to succeed) and Civil War (the North illegally seeking to hold the South in bondage so as to loot it) are discussed.

The failure of the US Government to live up to the ends of the Declaration of Independence and the Constitution is discussed.

The US Government is its present form is more like a prison guard and factory owner harvesting wealth from the people rather than protecting the health and wealth of the people.

This is difficult, complex, stuff.

It will not become clear in one seating.

This is a starting point. 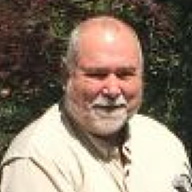 Robert is the pro bono Chief Enabling Officer (CeO) of Earth Intelligence Network, a 501c3 devoted to teaching holistic analytics (HA), true cost economics (TCE), and open source everything engineering (OSEE). He is also CeO of Open Source Everything (OSE Inc.), a for-profit that seeks to help all countries create a prosperous world at peace, a world that works for 100% of humanity, at 10-20% of the cost of the failed Western economy.