Australian Aboriginal Leader Lurnpa: The Genocidal Land Grab in the Northern Territory (The Real Agenda Behind the Unfolding Medical Tyranny)

Australian Aboriginal Leader Lurnpa: The Genocidal Land Grab in the Northern Territory (The Real Agenda Behind the Unfolding Medical Tyranny)

Here we share a few key excerpts from Lumpa’s message:

“Everything all governments do on this continent is all about minerals and resources. All interaction and dealings with aboriginal, original, people is about control, oppression and land grabbing — since 1788 to today.

The state, territory and federal quasi-governments are really corporations, vying to steal the land for multinational and national corporations.

Once The Intervention started, 273 exploration permits for uranium mining were approved within the first 6 months of The Intervention. And our communities witnessed a large number of planes and helicopters flying in grid formation across their lands, across the entire territory, mapping out the land, the resources and the minerals.

The current fraudulent pandemic is also being used as an opportunity to steal the land and take as much resources and minerals for the government and private corporations.

I’ve said it from the start, this is not about our health. It is an attempt to remove the tribal people of the land and steal everything. The only thing standing in the way is the tribal people.

This corporate genocide is a war crime. And all involved are complicit.

As the Nuremberg 2 trials [Grand Jury model proceeding] begin, led by Reiner Fuellmich, it is evident through evidence available to all, that this pandemic is a lie. And this experimental vaccine they are forcing upon humanity is nothing but a bioweapon, designed to kill people.”

“The planned and approved sell-off of the land contradicts the people’s wishes to not have any businesses on their lands that destroy the land any further.”

“It is my belief, through evidence and the mistreatment of our tribal people, that this absolute agenda of all quasi- governments, national and international corporations, is to steal the land and rid the land of the one thing stopping them from completely taking everything — and that’s the sovereign original tribal people of the lands.

So these multinational corporations are happy to genocide 15 million non-tribal people in order to convince 1 million tribal people to take this bioweapon — so they can be left with 9 million obedient slaves to mine all these lands and resources they are stealing off the sovereign tribal people through this process.

This is genocide on a grand scale.

These corporate governments and the land councils are trying to eradicate the sovereign tribal people, for the greed of multinational corporate conglomerates and private shareholders, in order to steal the land and resources at the expense of killing off the oldest living culture on the planet.

All parties, domestic and foreign, should cease and desist in these actions immediately. This is an evil agenda.

The international community needs to intervene immediately and stop the genocide.”

“This is a once-in-a-lifetime opportunity for us to stand together — black and white — to unite, to take back our country and to stop this genocide against all people. And to keep the land healthy, to keep the land safe for future generations.

We can do this. We can work together. We just have to unite and stand together as one.

Please, work with us. Let’s stand together. Let’s free us aa.

Freedom and power to humanity.” 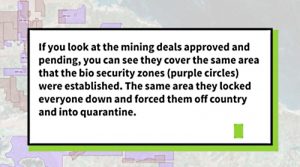 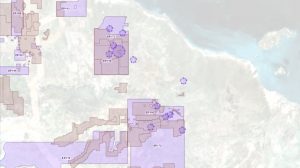