Our legal team has reviewed the video circulating entitled: “Freedom Fighter Court VICTORY! Ends Masking, Shots, Quarantine in Alberta!” that aired on a Stew Peters broadcast, August 3, 2021, announcing: “Patrick King is a proud father of 2, Freedom Fighter and Patriot who took on the powerful government in Alberta, and WON!”

The Justice Centre has also reviewed some of the associated legal documents regarding Court File Number 12110 00751 Court of Queen’s Bench of Alberta, arising out of a ticket given to Patrick James King, a resident of Penhold, Alberta, issued to Mr. King for allegedly contravening an Order under S.73(1) of the Public Health Act, Provincial Court action number A87988036R. Excerpts can be found below.

The video appears to contain several inaccuracies.  It is unclear whether Mr. King fully understands the legal process he is involved in.  It appears that Mr. King was unsuccessful in his attempt to subpoena Alberta’s Chief Medical Health Officer. In the government’s filed Originating Application, July 16, 2021, the government notes Mr. King obtained a subpoena for the CMOH Dr. Deena Hinshaw to give evidence in the Provincial Court proceeding (the ticket case). The subpoena was issued by a Justice of the Peace under the Criminal Code, requesting the CMOH bring “all white papers describing the isolation of the COIVD-19 aka SARS-CoV-2 virus in human beings, directly from a sample taken from a diseased patient”, because “these white papers would have been integral in the crafting of the statutes made under the “Public Health Act” here in Alberta.”

The Government argued the subpoena was technically deficient and the Justice of the Peace had no jurisdiction to issue it. The Government further stated, Mr. King has “no evidence” showing that “the evidence sought from the CMOH is likely to be material” [legal term for meaning relevant and related] to the provincial court ticket received. “It is clear that Mr. King seeks evidence relating to the rationale for orders issued by the CMOH under the Act: he seeks evidence about the ‘Crafting of the statutes’,” stated the Government’s Affidavit. There do not appear to be any critical admissions by Dr. Hinshaw about the SARS-CoV-2 virus and this document has been prepared by the government’s legal team, not Dr. Hinshaw.

“The Provincial Court proceeding is about the December 5, 2020 enforcement of the law (when Mr. King was issued the ticket), not the rational for the law. The CMOH does not have, and Mr. King does not seek from the CMOH, any evidence about the ticket issued to Mr. King,” states the Government Affidavit. The Judge hearing the case informed the Accused, Mr. Patrick King, that he had not properly filed a Charter challenge against the law as required to fight the law itself, and thus could only address the ticket issued to him.

There is no indication that Mr. King’s case is connected to the relaxing of Covid restrictions in Alberta which fully opened on July 1, 2021. The government of Alberta states they have opened the province due to achieving the government’s stated goal of 70% of Albertans receiving their first vaccine.

The Justice Centre’s Charter challenge against lockdowns, first filed in December 2020, is still proceeding in Court.

JUDGE: So Mr. King, that is the Crown’s case against you. They are done calling evidence. So now, this is your opportunity to decide whether you want to call any evidence yourself, whether that is yourself or other witnesses.

THE ACCUSED: I don’t have any evidence per se, other than the Canadian Charter of Rights and Freedoms.

JUDGE: All right. I am going to stop you right there…. if you were going to make any arguments that your rights under the Charter have been breached, there is a requirement that you provide notice of that —

JUDGE: –and that you do it in advance of the trial —

THE ACCUSED: There is not an opportunity for a Charter argument?

JUDGE: Not if you have not filed a Charter notice and given the Crown notice, and served them properly with notice that you intend to make an argument under the Charter.

THE ACCUSED: The — then the only evidence I do have then is the evidence on the front of a Canadian passport. And that is the issuance of the passport speaking of the Minister of Foreign Affairs: (as read)

Allowing the bearer of this passport to travel freely without hindrance or without delay or hindrance to afford the bearer such assistance and protection as may be necessary.

JUDGE: All right. Again, sir, that particular clause, I don’t know how that relates to this particular case because this isn’t a case about your travel rights. And again, you have not raised any Charter argument or provided Charter notice… 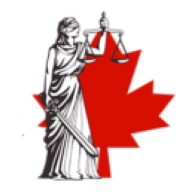