Cape Cod Against Medical Mandates: Report on May 15, 2021 Demonstration

Cape Cod Against Medical Mandates: Report on May 15, 2021 Demonstration

Cape Cod Against Medical Mandates held another successful demonstration on Main St. in Hyannis yesterday. We announced our protest location a week in advance, to be held by the statue of early native American legend, Iyanough.

By “coincidence” the Town of Barnstable Fire Department parked a huge ambulance exactly on top of our usual protest location and erected a pop-up “vaccination” center earlier in the morning, asking people walking by on the street to get the covid jab, there and then. Obviously there were no doctors on hand who would know the medical history of any of the people walking by. There was no pretense of medical care and informed consent.

Given the known dangers of the covid vaccines, only hinted at the devastating VAERS reports, this was no different than a heroin pusher openly soliciting passersby on the street, except in this case it was done legally, with the full sanction and funding of the state. One man passing by with his teenage son was propositioned by one of the ambulance officers, and he had to explain to the officer that his son could not get the jab because he was autistic (no doubt from another “vaccine”).

The ambulance and its tables took our usual space, but we nevertheless assembled next to it and across the street, growing to about 75 people. We cheered as people in cars passing by honked and waved, bringing life to a street whose businesses had been either closed or restricted by 14 months of relentless “pandemic” orders. As no one at this point was volunteering for the jab, the ambulance and its masked crew finally packed up and left.

We may have saved some people from being seriously harmed by the Modena and Pfizer injections yesterday. For that alone our protest was worth it.

Below are some pictures from yesterday’s demonstration (picture credit to from Meghan M): 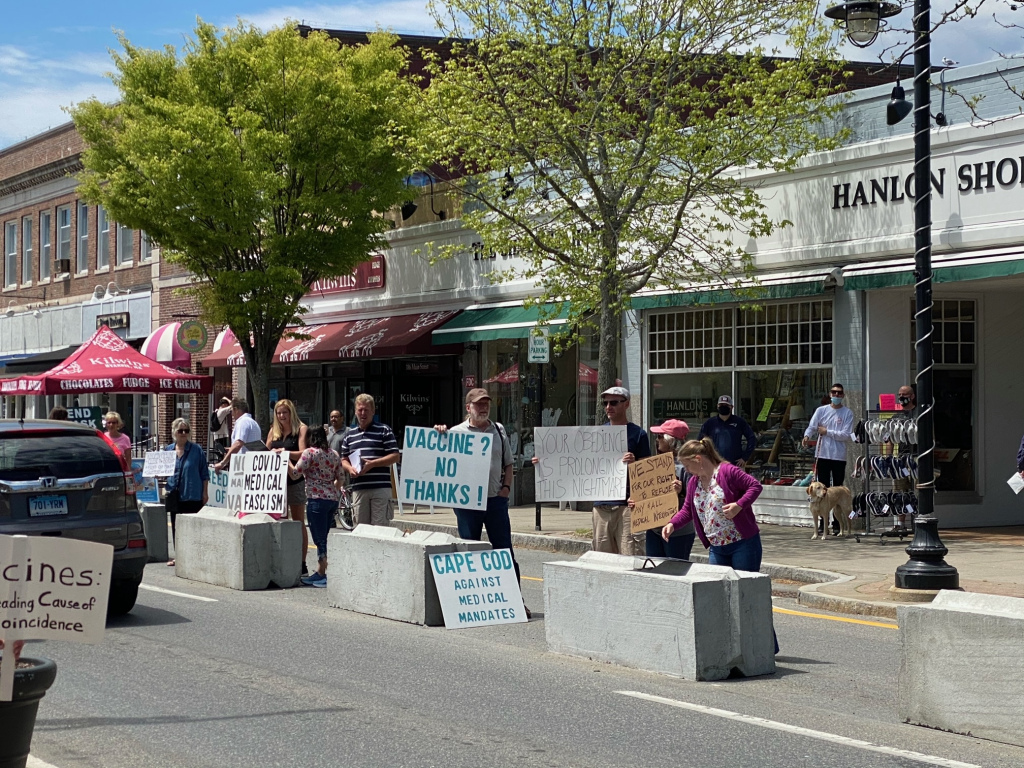 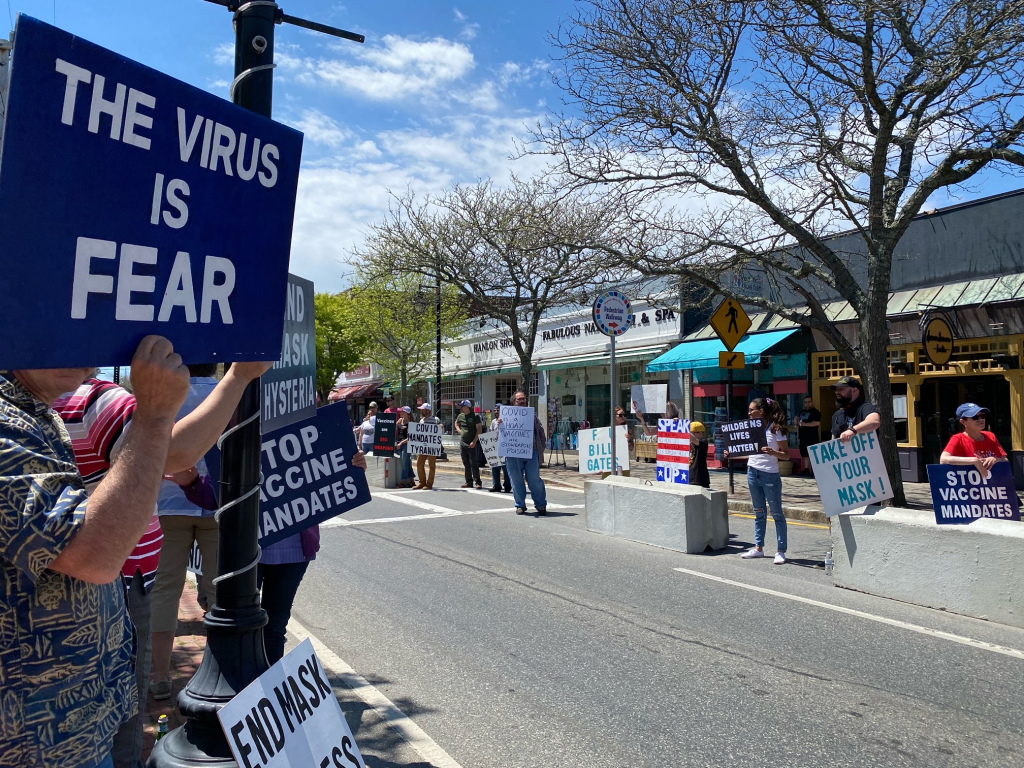 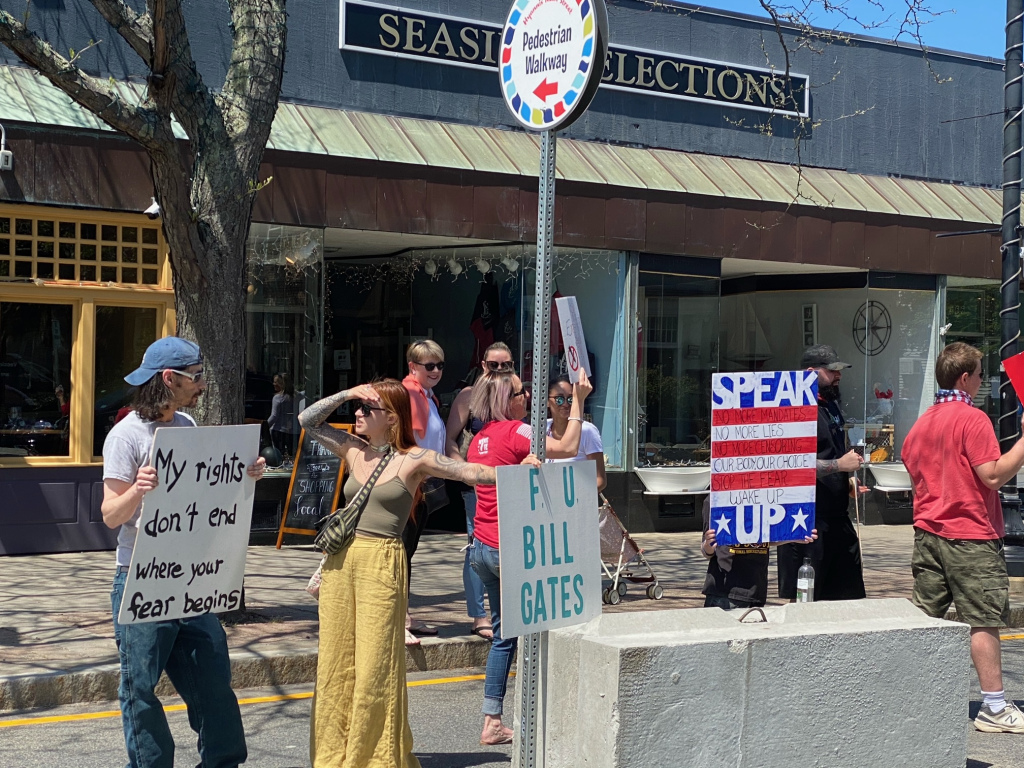 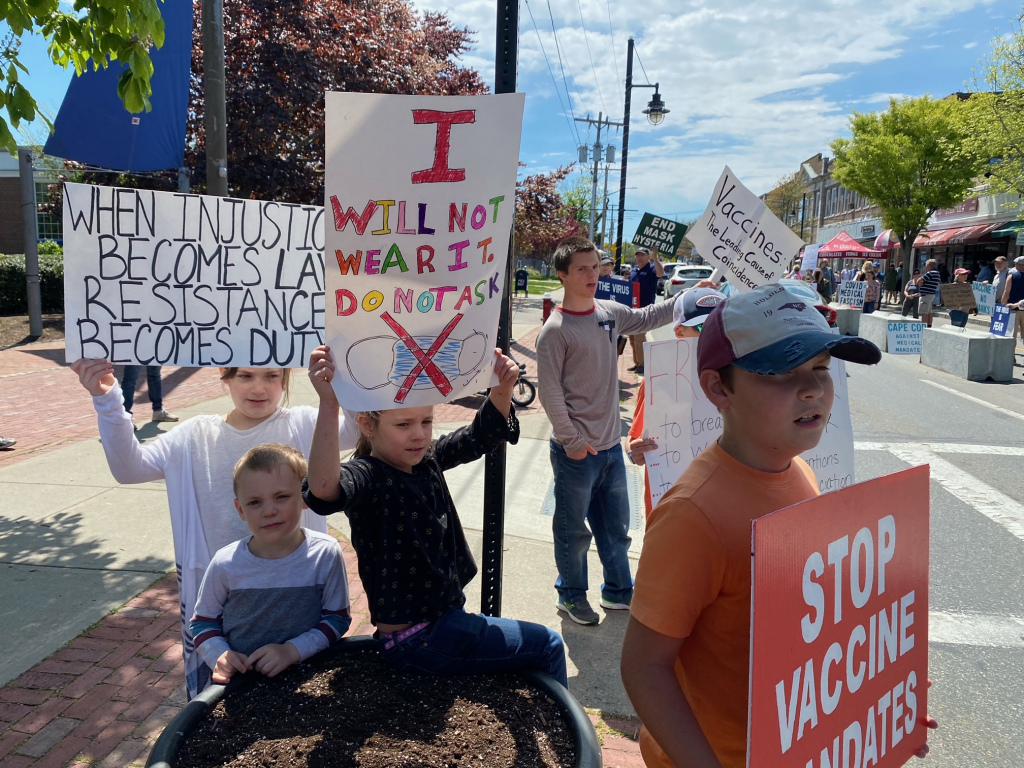