Truth Comes to Light editor’s note:  Small gatherings of people who stand for freedom are as inspiring to hear about as the millions who are filling the streets in major cities. It all starts with one individual who has the courage to speak the truth. What is happening in Cape Cod, where there numbers increase with each protest event, is an example of how it happens everywhere — one courageous person at a time.

Report on our September 18 demonstration

In this fourth round with the Worldwide Demonstrations, Cape Cod Against Medical Mandates needed more room than we have at our usual spot on Main Street in Hyannis, and we had that room at Capetown Plaza in front of the now-closed KMart, facing a busy Iyanough Road. There were too many honks of support to count. The few curses leveled at us were even uplifting, as they were so unhinged. People are clearly angry about Biden’s “get the shot or get fired’ order, announced earlier in the week, and are not going to tolerate it. Some were there because they are about to lose their jobs for refusing the shot. This was our biggest demonstration since we started in December 2020. Best of all was to see families there and children seeing their parents and other adults standing up for them.

Below are pictures from our block-long demonstration: 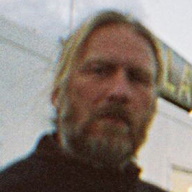 Find more of Richard’s writings at his own website: http://www.richardhugus.com/