Former Assistant Secretary of Housing and investment advisor Catherine Austin Fitts says you have to be careful and fully understand Bitcoin.  Fitts explains, “We do know they want to go to an all-digital system with central bank cryptos.  The easiest way to build the prison is to get freedom lovers everywhere to build the prison for you.  To me, Bitcoin has always been the prototype on the way to building the all-digital crypto system that they would love to put into place.  You have $400 trillion in fiat (currency) and it needs a place to go.  If you are trying to buy up all the gold, silver and farmland, the last thing you need is competition from retail.  They want to shift them into crypto and get them to build the crypto train tracks.  In a funny kind of way, it’s brilliant.

There is talk by big banks that Bitcoin could go to $300,000 per unit by the end of the year.  Fitts thinks, “This is absolutely possible.  This is pure politics.  This has nothing to do with economics.  How much will the central bankers, who can print as much money as they want, spend to get you into this platform?  Your guess is as good as mine.  The sky’s the limit as to how much they can spend.  Remember, once they decide to bring out the central bank currencies, and they have steadily been regulating the crypto currencies, Bitcoin and everything else, so the day they decide to take this to zero, they can do it.  If you are going to invest into cryptos and build our prison for us, what you need to know is this thing could go to $300,000, and it can also go to zero.  This is a highly speculative market, and you need to approach it accordingly.”

Fitts warns of a dark future if the central bankers get everything they want.  Fitts says, “When they decide to shut down our bank accounts and say you all get on crypto, universal basic income and take that injection or you can’t transact on the financial system, this is instituting a totalitarian system through the financial system. . . . When they shut that trap door, what you need to think about is where are you going to buy food?”

In closing, Fitts says, “We are in Never, Never Land.  We have two groups in our society:  One group that can print money, and the other who can earn money.  What we saw last year is the people who could print money declared war on the people who earn money.  They basically said we are going to shut down your businesses, and we are going to suck up and take your market share or buy you out with money we print out of thin air. . . . We have no pandemic.  What this is is an economic war.”

Join Greg Hunter of USAWatchdog.com as he goes One-on-One with Catherine Austin Fitts, publisher of The Solari Report.

Connect with Greg Hunter at USAWatchdog 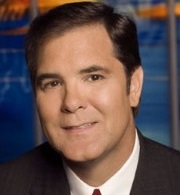 Greg is the producer and creator of  Greg Hunter’s USAWatchdog.com.  The site’s slogan is “analyzing the news to give you a clear picture of what’s really going on.”  The site will keep an eye on the government, your financial interests and cut through the media spin.

Greg Hunter’s USAWatchdog.com is neither Democrat nor Republican, Liberal or Conservative.   Before creating and producing the site, Greg spent nearly 9 years as a network and investigative correspondent. He worked for ABC News and Good Morning America for nearly 6 years. Most recently, Greg worked for CNN for shows such as Paula Zahn Now, American Morning and various CNN business shows.

Greg is a hard hitting reporter who has a history of getting to the truth no matter how difficult the subject.  Some of his stories include “Dangerous Deadly Depleted Uranium Munitions,” where Hunter uncovered the Army’s failure to warn our troops of their exposure  to radioactive dust on the battlefield.