China is taking its fondness for surveillance technology to new heights in the form of realistic drones that look and move like birds to keep tabs on its citizens. It may sound creepy, but it’s hardly surprising in a country that already uses facial recognition surveillance during large events and biometrics to identify metro commuters.

The so-called “dove” drones fly just like a real bird and have so far been flying around undetected in testing. In total, the South China Morning Post reports they’ve been tested across five provinces in China. Tipping the scales at just 200 grams, their wings span roughly 50 centimeters.

These high-tech drones can replicate roughly 90 percent of a real dove’s movements. What sets them apart from standard drones with fixed wings is their ability to raise their altitude, accelerate in flight, and even dive. A flap mechanism changes the shape of their wings slightly as they move up and down to provide lift and move them forward. Perhaps scariest of all, they do this without making a peep. In fact, other birds don’t even seem to notice them and some even fly alongside them.

In an experiment in Inner Mongolia in which the birds were flown over a flock of sheep, the animals paid no attention to them whatsoever even though sheep are known for having a sharp sense of hearing and being easily spooked.

These robotic birds are equipped with GPS antennas, flight control systems, data links, high-definition cameras, and satellite communications. They also use a special type of software that can counteract unsteady motions to make sure the camera gets stable videos and sharp images. They’re capable of flying at speeds of 40 kilometers per hour for as long as half an hour at a time.

Experts say that their design may even make them capable of deceiving highly sensitive radars, which means they could pose a serious threat to air defense systems.

It’s not all smooth sailing for these dove drones, however. They’re not able to cover very long distances yet, and heavy rain and snow can impact their performance. When they fly at low altitudes, they’re also prone to crashing into obstacles. In addition, their electronic circuitry is not immune to electromagnetic disturbances.

However, researchers are trying to overcome these problems and they’re even looking at adding artificial intelligence technology that will allow them to fly in more complex formations and even make independent decisions while they’re in the air.

A nation of surveillance

One of the areas where the drones are being used extensively is Xinjiang in the far west of China. This area – which shares a border with Russia, Afghanistan, India, Pakistan, Kyrgyzstan, Kazakhstan, Tajikistan, and Mongolia – has a large Muslim population, and Beijing considers it a separatism hotbed. Therefore, the area has long been the subject of heavy government surveillance.

The dove drones are just one of many tools that the Chinese government uses to keep track of its people. The Shanghai subway system uses palm scanners, and Beijing is poised to introduce facial recognition cameras in it subways.

Considered a world leader in surveillance technology, the country made headlines in April when facial recognition technology was used to single out a fugitive among a crowd of 50,000 people at a pop concert.

Beijing police have also been using smart facial recognition glasses capable of identifying passengers and license plates in a matter of milliseconds. The AI-powered eyewear compares vehicles and faces to a black list and flags the matches it finds.

Right now, 170 million surveillance cameras are being used in China. The government hopes to see that number triple by the year 2020, which would mean one camera for every two people living there. Their ultimate aim is to be able to identify anybody in the country in just three seconds. 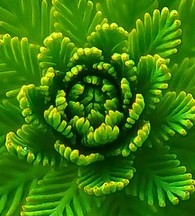