Man’s attempt to engineer Earth’s climate and life support systems is the most destructive and deadly endeavor ever launched by the military industrial complex and global governments. Geoengineering must be considered weather and biological warfare due to the endless list of catastrophic downstream impacts and effects.

Climate intervention programs are mathematically the greatest and most immediate threat we collectively face short of nuclear cataclysm. What can we do? How can we work together in the all important effort to expose and halt the ongoing climate engineering insanity? Sharing critical verifiable facts, coupled with shocking and compelling photo images, is the most effective method of awakening others to dire and unpleasant (but essential to face) realities.

The new booklet will be included (at no additional cost) with all future article reference book / DVD activist materials package orders (which is being offered at the approximate cost to produce). A full downloadable PDF file for the 20 page 6 x 9 booklet is posted below the individual booklet page photos (the downloadable PDF file can also be found under the “Activist Awareness Materials” section on the home page of GeoengineeringWatch.org).

Activists everywhere can freely reprint and distribute this critical awareness raising tool, so long as any reproduction is not done for profit.

The booklet will also be available for free to all that attend the upcoming GeoengineeringWatch.org public awareness event in Redding, California, on the evening of Friday, July 28th, 2017 (a full post on this free public event and the presenting speakers will be posted soon).

The individual pages for the booklet are shown below, each page can be clicked / double clicked, to enlarge to the desired size 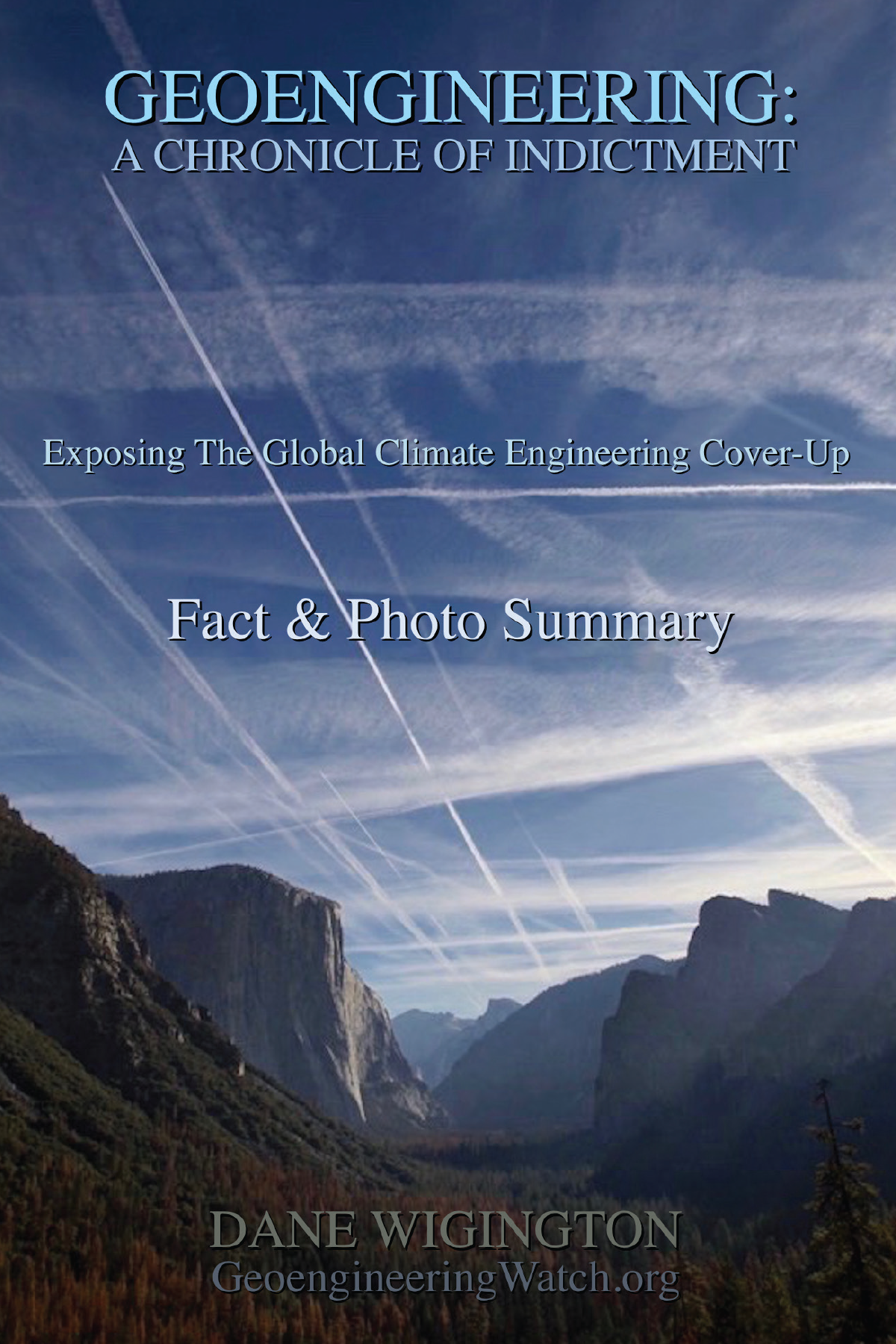