MENLO PARK, Calif. — Denouncing attempts by big tech companies and social media platforms to silence controversial, provocative and/or politically unpopular viewpoints, The Rutherford Institute has warned that any move to de-platform, shadowban, and demonetize users based on their viewpoints will subject private corporations working in conjunction with the U.S. government to the strictures of the First Amendment. In recent months, Google, Facebook, YouTube and other social media companies have taken steps to crack down on content that disputes accepted views on COVID-19; that could be considered “fake” news by establishment sources; or that could be perceived as promoting “hatred, intolerance, violence or discrimination.” The sites targeted for censorship include those of David Icke for questioning the prevailing orthodoxy regarding the COVID-19 pandemic; Zero Hedge for not blocking reader comments that violates Google’s policies on race; and The Federalist, also for allegedly racist remarks posted in its comments section.

“What we are witnessing is the modern-day equivalent of book burning, which does away with controversial ideas and the people who espouse them,” said constitutional attorney John W. Whitehead, president of The Rutherford Institute and author of Battlefield America: The War on the American People. “This form of technofascism—large technology corporations with control over information colluding with governments to stifle forms of dissent that challenge an elitist status quo—is a slippery slope that starts with censoring so-called illegitimate ideas and ends by silencing truth.”

Warning that private corporations are opening themselves up to First Amendment lawsuits by deactivating social media forums at the bidding of the U.S. government in order to silence views of which the government might disapprove, The Rutherford Institute is demanding that Facebook reverse its decision to deactivate the accounts of author David Icke and Ickonic Enterprises, which serves as an uncensored platform for news and information that provides a counterpoint to the curated news and information disseminated by the mainstream corporate media, acting at times as a mouthpiece for government agencies. On May 1, 2020, Facebook deactivated Ickonic Enterprises’ Facebook account, as well as those of Icke, “for going against the Facebook Community Standards on health misinformation that could cause physical harm.” Around that time, YouTube, Vimeo and MailChimp also deleted the accounts of Ickonic and Icke.  MailChimp, an email marketing service, disabled their accounts, asserting violation of its terms of use. Vimeo, a video platform, removed Ickonic’s account, asserting a violation of a rule forbidding content that is false or promotes hoaxes. YouTube, without warning, also deactivated Icke’s account and deleted his channel because of policies “prohibiting any content that disputes the existence and transmission of COVID-19.” This mass de-platforming occurred right after Icke, publicly and on Ickonic’s various social media channels, questioned the prevailing orthodoxy regarding the COVID-19 pandemic, which has confounded the science and medical community. Icke had also challenged the authoritarian nature of the international community’s governmental response to managing the pandemic. In coming to the defense of Icke’s First Amendment rights, Rutherford Institute attorneys contend that Facebook conspired with the U.S. government and other tech companies to violate Icke’s rights under the First Amendment, the U.N. Declaration of Human Rights and U.S. antitrust laws. 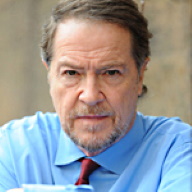