Convoy to Canberra, Australia: Truckies on the Road to Freedom

Convoy to Canberra, Australia: Truckies on the Road to Freedom 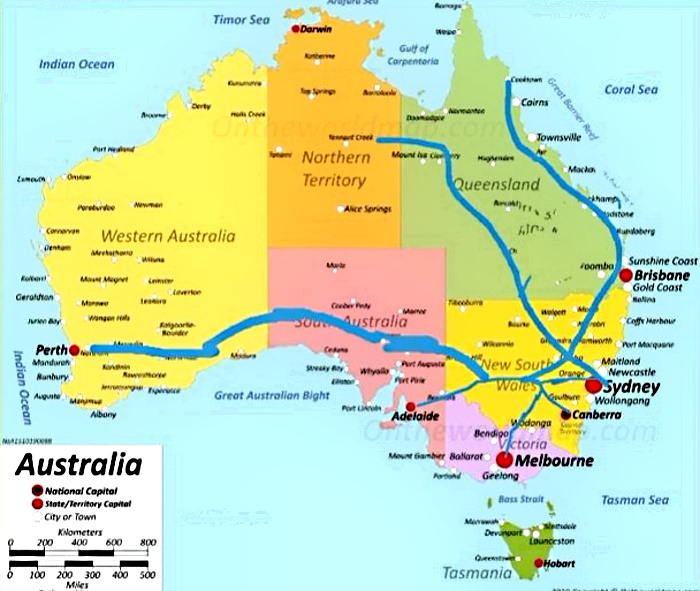 A growing convoy of trucks and cars is on its way to Parliament House today.

Trucks from around the country are en route to Canberra as part of a convoy to protest against vaccine mandates.

I was on the ground at one of the meeting points near Wodonga, on the Victorian/New South Wales border where dozens of trucks and a massive convoy of cars departed early this morning.

The Victorians are on their way ! ?… Official convoy to Canberra 2022 #Australia #moj_podsetnik pic.twitter.com/9pFRrCUmG8

The convoy is destined for the nation’s capital in Canberra where they will gather from all parts of the country to make their voices heard.

Let’s all support our Aussie truckies

I’ll be at Pheasants Nest from 7am on Monday with lots of FREEDOM signs if anyone wants them#ConvoyToCanberra #FredomConvoy2022 #freedomconvoy pic.twitter.com/E5I6GEZ5Tk

The convoy in Australia follows on from the trucker convoy happening in Canada where an enormous stream of vehicles is made its way to Ottawa to protest Prime Minister Justin Trudeau’s cross-border vaccine mandate.

The mainstream media has done its best to ignore the massive number of protesters making their way to the capital in Canada and the Australian media will likely follow their lead.