[As a service to protect truth from censorship, mirrored copies of this video are available at Truth Comes to Light BitChute, LBRY, Odysee & Brighteon channels. All credit, along with our sincere thanks, goes to the original source of this video.]

Attorney Tom Renz is a humble hero fighting for our freedom—a lawyer determined to do whatever he can to liberate us from the oppressive “public health” policies and practices associated with COVID-19. This is truly a case of the cure is worse than the illness! He has brought an injunction in Ohio to stop the Governor from maintaining a state of emergency to serve his own lust for power. I am proud to have contributed my own medical/legal report, available for free on www.breggin.com, to support his case. Renz is going fulltime at developing and publicizing his case—and it is already resulting in other attorneys following his lead in their own states. I hope we get a similar case in New York State against Cuomo. Tom is a great person to meet again on this hour and his work is something to learn about and to support. We are Americans—we should not give up or freedoms so easily!!!

See the Press Release describing the lawsuit below the next video.

First conversation between Dr. Breggin and Tom Renz on September 1, 2020:

[As a service to protect truth from censorship, mirrored copies of this video are available at Truth Comes to Light BitChute, LBRY, Odysee & Brighteon channels. All credit, along with our sincere thanks, goes to the original source of this video.]

A new legal injunction seeks to end Mike DeWine’s state of emergency in Ohio and could become a model for other cases. Attorney Thomas Renz has brought the legal assault and I have helped with a 130-page scientific and political analysis of public health authoritarianism and totalitarianism as a justification for increasing top-down government that abuses our rights @ https://breggin.com/dr-breggins-covid-19-totalitarianism-legal-report/ . Ginger and my work on the case, including my report and our videos are among the most important projects we have ever undertaken. The fate of American liberty depends on putting an end to these unnecessary, devastating loses of freedom during COVID-19.

Ohio Stands Up! files lawsuit against the State of Ohio
to remove the unconstitutional emergency order

“We believe that the response to COVID-19 has been the greatest fraud ever perpetrated on the American public.”  Attorney Thomas Renz

Toledo, OH – Determined to restore the Constitutional rights that have been stripped away by the State of Ohio’s unjustified actions regarding COVID-19, Ohio Stands Up! has filed suit in the Northern District of Ohio Federal Court to remove Gov. Mike DeWine’s emergency order. The group is represented by attorneys Thomas Renz and Robert Gargasz.

“We believe that the response to COVID-19 has been the greatest fraud ever perpetrated on the American public,” Renz said. “The objective of this legal action is to force the state to honor the Constitution and to stop the lies, manipulation and fear-mongering intentionally being promoted by public health officials and elected officials.”

Ohio Stands Up! is a grassroots organization composed of Ohio citizens who are focused on restoring the rights of Ohio’s 11.69 million residents and educating the public about the realities of COVID-19 data. Several national experts will testify on behalf of Ohio Stands Up! Renz and Gargasz will release the extensive evidence that chronicles the case to the public to offer transparency and insight.

“The State of Ohio has consistently lied to and manipulated its citizens from the earliest stages of this pandemic,” Gargasz explained. “We insist that this nonsense end, our rights be restored, and that the actual truth be shared.”

Recently, the CDC confirmed that 94 percent of the deaths attributed to the virus were from people who had as many as two to three other serious illnesses. The majority of those deaths are individuals 75 and older. Six percent of the deaths are directly from COVID-19, according to the CDC, while at the same time excess deaths have continued to increase due to deaths caused by the illegal response to what we now know is a minor disease.

“The entire U.S. economy was shut down based on fraudulent models that predicted 2.2 million American deaths,” Renz said. “The State of Ohio violated the U.S. Constitution with an emergency declaration that ignores the fundamental rights of all Ohioans. As a result, millions of Ohioans are suffering financially, physically, and mentally.”

Renz and Gargasz point out that:

The State of Ohio has ignored fundamental Constitutional rights for a virus that is no more dangerous than the seasonal flu. A rapidly growing number of Ohioans recognize this and understand that, if they don’t stand up and speak out, it could be too late because a precedent has been set, according to Gargasz.

“There is zero basis for a state of emergency,” Renz said. “Based on what we know about the consequences the emergency order has caused to the physical, financial, and mental well-being of Ohioans, and the vitality of Ohio communities, this is truly a crime against humanity, and it must not be allowed to continue.”

The lawsuit is solely funded by donations from Ohio citizens. As of August 30, donations have reached $34,055. For more information, visit www.ohiostandsup.org. 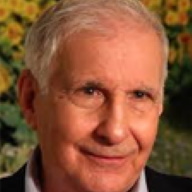