Damning Leaked Vaccine Contracts with Pfizer & Governments Around the World

Damning Leaked Vaccine Contracts with Pfizer & Governments Around the World

This week, the vaccine contracts with Albania and Brazil signed with pharmaceutical giant Pfizer for the supply of “vaccines” were leaked.

The agreements confirm our suspicion that governments worldwide, in the delusion and illusion of a “pandemic”, have agreed to the most insane deadly terms for-and-in-behalf for the whole of humanity!

In addition, Big Pharma decides, that the citizens of their respective countries with pay for these ‘death shots’!

A huge gamble is being taken with the public health, especially that of our children at the hands of ‘Luciferians’ who want to reduce the surplus human population and redistribute wealth to themselves without accountability!

So What Are the Agreements in these Vaccine Contracts?

[1] Pfizer does not accept any responsibility for any side effects, injury, including death related to the CoV – 19 inoculation.

[2] The buyer (each government) pays any claims for damages due to side effects, including death.

[3] The purchaser (each government) must acknowledge to Pfizer that the long-term effects of the “vaccine” are unknown!

[4] The purchaser (each government) must acknowledge to Pfizer that the effectiveness of the “vaccine” is unknown!

[5] The purchaser (each government) must acknowledge to Pfizer that unknown side effects, including death may occur after administration of the “vaccine”.

[6] An unknown device (Artificial Intelligence – AI) and/or other technology (adjuvants of graphene oxide – GO) falls within the definition of the Pfizer “vaccine”.

[7] Cheaper and more effective medication that comes on the market or appears to be on the market, such as ivermectin or hydroxychlorquine (HCQ), for example, should not be a reason to cancel the contract. In other words, the Pfizer ‘death shot’ must be marketed anyway, even if there are much better alternatives.

Albania’s and Brazil’s contracts with Pfizer are virtually identical!

Are the Vaccine Contract the Same Around the World?

The People Want to Know What They Have Signed Up For!

It is highly likely that the United States of America, Canada, Australia, New Zealand, the United Kingdom, the Netherlands have signed to the same terms of agreement just like Albania and Brazil! This is ALL the more important considering that Carlos Murillo, Pfizer’s CEO of Latin America, has stated under oath that, “Pfizer has set the same terms in the supply contract for each country”. 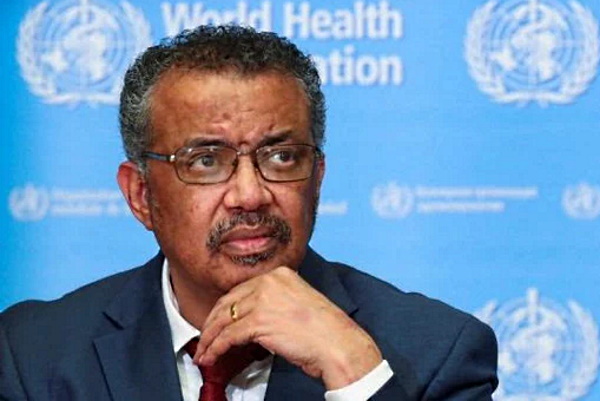 Here are the Questions that Need to Be Asked by the Citizens of Every Country and Answered by Their Respective Governments, Especially the USA Congress and Senate.

This Must Be DONE NOW!

[1] Are you aware of the agreements Albania(1) and Brazil(2) have entered into with Pfizer for the supply of “vaccinations” to fight COVID – 19, whose contracts have recently been leaked?

[2] Are you aware that Carlos Murillo, Pfizer CEO of Latin America (3), has stated under oath to the parliamentary COVID-19 Inquiry Committee of the Brazilian Federal Senate that Pfizer has the same conditions for every country has stated in the supply contract (4)?

[3] Do you acknowledge that Pfizer’s two leaked contracts with Albania and Brazil, respectively, do indeed contain the same terms and conditions, as Carlos Murillo has stated, “despite being two completely different countries on two different continents?”

[4] Has The Netherlands (and/or the EU, USA, UK, Canada, Brazil, etc.) signed a supply contract with Pfizer with the same or similar terms as stated in Pfizer’s leaked supply contracts with Albania and Brazil?

[5] Why did you agree to confidentiality of the supply agreement with Pfizer?

[6] Why did you agree to secrecy of the supply agreement with other pharmaceutical companies?

[7] For how long has confidentiality been agreed with Pfizer?

[8] For how long has the confidentiality been agreed with Moderna?

[9] For how long has confidentiality been agreed with AstraZeneca?

[11] What purpose does the secrecy of supply contracts with pharmaceuticals serve, based on the interests of the Dutch population?

[13] Do you see the social importance of making the Dutch and European contracts with Pfizer public soon, now that after Pfizer’s leaked contracts with Albania and Brazil there is a lot of speculation about the content of the contracts, and the Dutch are worried about either their health after taking the Pfizer “vaccine”, or about the possible financial consequences of possible damages claims for Dutch taxpayers?

[14] Are you aware of the resignation and arrest of Roberto Ferrera Dias, a former director in charge of logistics for the Brazilian Ministry of Health and also a signatory on behalf of the Brazilian government of the supply agreement with Pfizer, for allegedly being bribed in the procurement of a vaccine and lied to the Brazilian Federal Senate’s parliamentary COVID-19 Commission of Inquiry (5)?

[15] Who is authorized to sign contracts with pharmaceutical companies on behalf of the Netherlands (and/or the EU, USA, UK, Australia, Canada, Brazil, Japan, etc.) for the supply of “vaccines”?

[16] Which persons were directly involved on behalf of the Netherlands (and/or the EU, USA, UK, Canada, Brazil, etc.) in the negotiations with Pfizer and other suppliers of “corona vaccines”?

[17] Can you rule out the possibility that bribery has taken place in the purchase of “vaccinations” in the Netherlands (and/or the EU, USA, UK, Canada, etc.,), as may be the case in Brazil? If so, how? If not, why not?

[19] Which technology and/or which devices are part of the “vaccine” delivery to the Netherlands, EU, USA, UK, Canada, Brazil and other countries inoculating their citizens with the CoV – 19 ‘vaccine’?

[20] Do other “vaccines” also use technology or devices? If so, which “vaccines”? And what kind of technology is it?

[21] How would you rate the clause under Article 2.1(b), which both Albania and Brazil have accepted, which states that even if cheaper and more effective drugs against COVID-19 come on the market or already appear to be, such as ivermectin, for example, this should not constitute grounds for terminating the contract with Pfizer?

[22] Has the Netherlands (and/or the EU, USA, UK, Canada, Brazil, etc.) agreed to an identical or similar clause?

[23] Have other pharmaceutical companies included an identical or similar clause in the supply contract with the Netherlands (and/or the EU, USA, UK, Canada, Brazil, etc.,)?

[25] How do you reconcile your firm statement “I can be clear about long-term effects, there are none” (6), with the acknowledgment demanded by Pfizer of Albania and Brazil that the long-term effects are unknown, as is made clear in both contracts under Article 5.5 ?

[27] Have you yourself acknowledged in the supply contract between the Netherlands (and/or the EU, USA, UK, Canada, Brazil, etc.) and Pfizer that the long-term effects of the Pfizer injection are unclear?

[28] Have you (also) had to acknowledge to the suppliers of other “corona vaccinations” that the long-term effects of the relevant “vaccine” are unknown? If so, which “vaccines” are involved?

[29] Has the Netherlands (and/or the EU, USA, UK, Canada, Brazil, etc., on behalf of the Netherlands) reserved money for any claims for damages resulting from large-scale and drastic side effects of the Pfizer injection? If so, why and how much? If not, why not? Is this different from other “corona vaccines”?

[30] Can you indicate for each “corona vaccine” to what extent the Dutch state, the EU, USA, UK, Canada, Brazil, etc., is liable for damage and/or injury as a result of its administration?

[31] Can you send an overview of the concrete standards that the Netherlands, EU, USA, UK, Canada, Brazil, etc., uses to control the (production) quality of a specific batch of mRNA injections, such as that of Pfizer?

[33] Are these CGMPs up to date at the time of the first shipments of the Pfizer “vaccine”? If so, how does this prove? If not, why not?

[34] Can you indicate under what conditions the Netherlands, EU, USA, UK, Canada, Brazil, etc., can return a delivery/batch of Pfizer vaccines in case of doubts about the quality? In which cases will a refund be made?

[35] What price has the Netherlands, EU, USA, UK, Canada, Brazil, etc., paid per dose of the Pfizer “vaccine”?

[36] WHO ultimately SHOULD have RESPONSIBILITY for the potential and anticipated injury and death to NOT MILLIONS but to BILLIONS of innocent souls around the World![9][10]

[ 37] Why cannot each citizen choose for themselves their own doctor and their own treatment protocol for CoV – 19 since the so-called ‘vaccine’ is experimental and unproven.[7]

[38] Why are the ingredients of the so-called ‘vaccines’ left off the inserts in the boxes containing the CoV – 19 vaccine? [8]

[39] How is mandating or forcing any human against their free-will to be inoculated with an experimental ‘vaccine’ not a violation of human rights under the Nuremberg Laws?[8]

[40] Once again, ‘Who’ should be held accountable for ‘crimes against humanity’ for injury and the loss of life directly related to the CoV – 19 inoculation? [8]

Please send these article with questions to your Major, your, Governor, your State representatives, your Congressman, your Senator, your President, and especially your loved ones. Time is of essence in order to STOP the mass injury and deaths to billions of souls around the world.

STOP the ‘killing fields’ of the ‘4th Wave’ of pulsating microwave radiation that will activate the graphene oxide contained ALL the so-called fake ‘vaccines’, coming this fall.

Watch, listen and learn and then care enough to share to everyone to love and care about NOW![9][10]: