Dandelion – More than Just a Weed

No one knows why the scientific name is Taraxacum. In 1600 pharmacists called it Taraxacon, but whether that word is based on the  Arabic words tarachakum “wild cherry,” or tarakhshaqun “wild chickory” or tarashqun “bitter herb” or the Greek taraxis, an eye disorder, tarassen or tarassos “disorder,” or trogimon,“edible” is unknown. The species epithet, officinalis, is Latin for “of the shop,” that is, this is the dandelion recommended by the pharmacist.

Dandelions are pretty widely called dandelion, based on dent de lion, lion’s tooth. That likeness, however, has been proposed as alluding to the “teeth” of the leaf, the flower’s raggedness, or canine tooth look of the long taproot. Alternate common names include piss-a-bed (and variations) because it is a diuretic, blowball, puffball, and wild endive.

Dandelions haven’t always been hated. They were intentionally brought to the United States as a food plant. The leaves, roots, and flowers are edible.

Dandelions have a sharp, strong taste which can be quite bitter. Modern people are put off, but when dandelions were carried around the world, three or four hundred years ago, most vegetables were less pleasant-tasting than today.

The leaves can be eaten raw or cooked. Small leaves and spring leaves are less bitter, but you can also buy relatively mild cultivated dandelions. Dandelion roots, small and fibrous compared to most root vegetables are nevertheless tasty. Dried and ground, they have been used to make a coffee substitute. Dandelion wine is made from the flowers. To avoid bitterness, use just the yellow petals, nothing green. When I was making homemade wines, dandelion was one of the best. Dandelion flowers can also be fried or tossed into a salad.

Raw dandelion leaves are diuretic, promoting urination. They have been used medicinally for centuries and the list of folk remedies using dandelions is long. Germany’s Commission E, dedicated to checking the claims made for herbs, approved dandelions for all the following: indigestion, urinary infections, liver and gallbladder complaints and loss of appetite, so this weed is an effective medicine by modern standards.

Note: DO NOT eat dandelions unless you KNOW they are free of herbicides, pesticides, or other contaminants.

Dandelions went out of fashion as a food, perhaps about 1900. Lettuce, cabbage, spinach, and chard became the leafy vegetables of choice. At about the same time, people turned to pharmacies for their medicines and stopped growing their own. Abandoned by gardeners, dandelions had to make it on their own. And they did! They are deeply rooted, rapidly spreading plants known to just about everyone and now considered weeds.

One reason dandelions are so successful is that they are apomictic. That means that the seeds are made asexually. In the flower, the tissue closes around one of the cells, the “parachute” forms and the new seed is ready to go. No need to have another plant anywhere nearby, let alone wait for a pollinator. Very efficient. Apomixis does make all the seeds genetically identical to the parent plant. That lack of diversity could make the plant unable to adapt to changes. However, dandelions fly between one person’s well-watered, fertilized yard to the next. Lack of diversity has not been a problem so far.

Reproduction in dandelions does not need a pretty flower. Why is it there? Maybe it somehow contributes to reproduction. Or it could be that the century they have been aggressive weeds hasn’t been long enough for mutation and selection to reduce the flower. Because of the flower, dandelions sometimes cross with related species. Whatever the explanation, dandelion flowers attract many bees and other pollinators.

Dandelions are both relatively tolerant of cold and capable of fast reproduction. In both Nebraska and Colorado, I have looked to see if I can find some plant flowering every month of the year. January is the hardest, but both in eastern, Nebraska and northern Colorado, I have seen dandelions blooming during the rare  January warm spell. That is probably another part of their success as a weed across North America.

Common dandelions can be found all over the world. The places you won’t find them are deserts and the tropics. The first ones in North America were recorded in New England is 1672 and in Canada in 1821. Today they grow in every U.S. state and Canadian province. And in places as remote from Europe as New Zealand and the tip of South America.

Edible and medicinal, dandelions are a resource that people consider weeds. 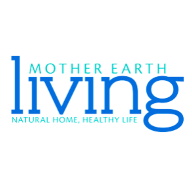 Mother Earth Living is a national natural wellness and conscientious living magazine dedicated to improving the lives of its readers through an increased connection with the natural world. From learning about the most nutritious foods to living in greater synergy with the changing seasons, Mother Earth Living is the ultimate guide to living the good life — one of simple joys, holistic health and an appreciation of everything nature provides.