Del Bigtree: Standing Up for Our Children and for Personal Freedom Against Forced Vaccination

Home / Featured / Del Bigtree: Standing Up for Our Children and for Personal Freedom Against Forced Vaccination

“…That is what is under siege. The government wants control of my children and, just like our founding fathers, I believe this is one of those moments we need to reach down deep and say they wanted freedom…

The pharmaceutical industry looks huge…It looks insurmountable. It’s the number one biggest lobby in Washington, outspending oil and gas two to one.

But I think about our founding fathers. I think about the biggest British, the biggest armada the world has ever seen. You had a bunch of farmers with pitchforks and axes. And they just said the chances look terrible. But they said ‘are we going to live on our knees or do we die standing?’

I think this is a moment we have to reach down into our DNA and say ‘this is not America. I’m going to step up…”

VAXXED! Producer Del Bigtree joins me to discuss one of the most disturbing, most suppressed and most important stories in America today. 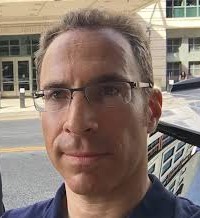