Did the Plot Just Thicken?

I’m usually amazed at the ability of the regular readers of this site to ferret out important details, especially when those details go missing from the “narrative” being pushed by the propatainment business, a.k.a. the “mainstream ‘media'”. Today is an especial case in point, for L.G.L.R. found this article, and it’s a whopper doozie.

To set the stage a bit, at the end of January of this year, you might recall I did a News and Views from the Nefarium, outlining my problems with the emerging narrative of the corona virus. I found it highly suspicious then, and still do, that Dr. Charles Lieber of Harvard University’s chemistry department had been arrested by federal authorities for allegedly not disclosing his relationship to the Chinese bio-laboratory in Wuhan China, with which he was associated. As it turned out, Dr. Lieber was supposedly involved in nanotechnology development, a curious pursuit given the association of the Wuhan facility with respiratory diseases like corona virus.

Well, now there’s a new twist to the story, and it’s a very twisted twist:

And in the article, the following document – a filing with the Securities and Exchange Commission – is found:

If one scrolls down that rather lengthy document, one finds this listing – which images appears in the article – with the Wuhan association highlighted in blue. 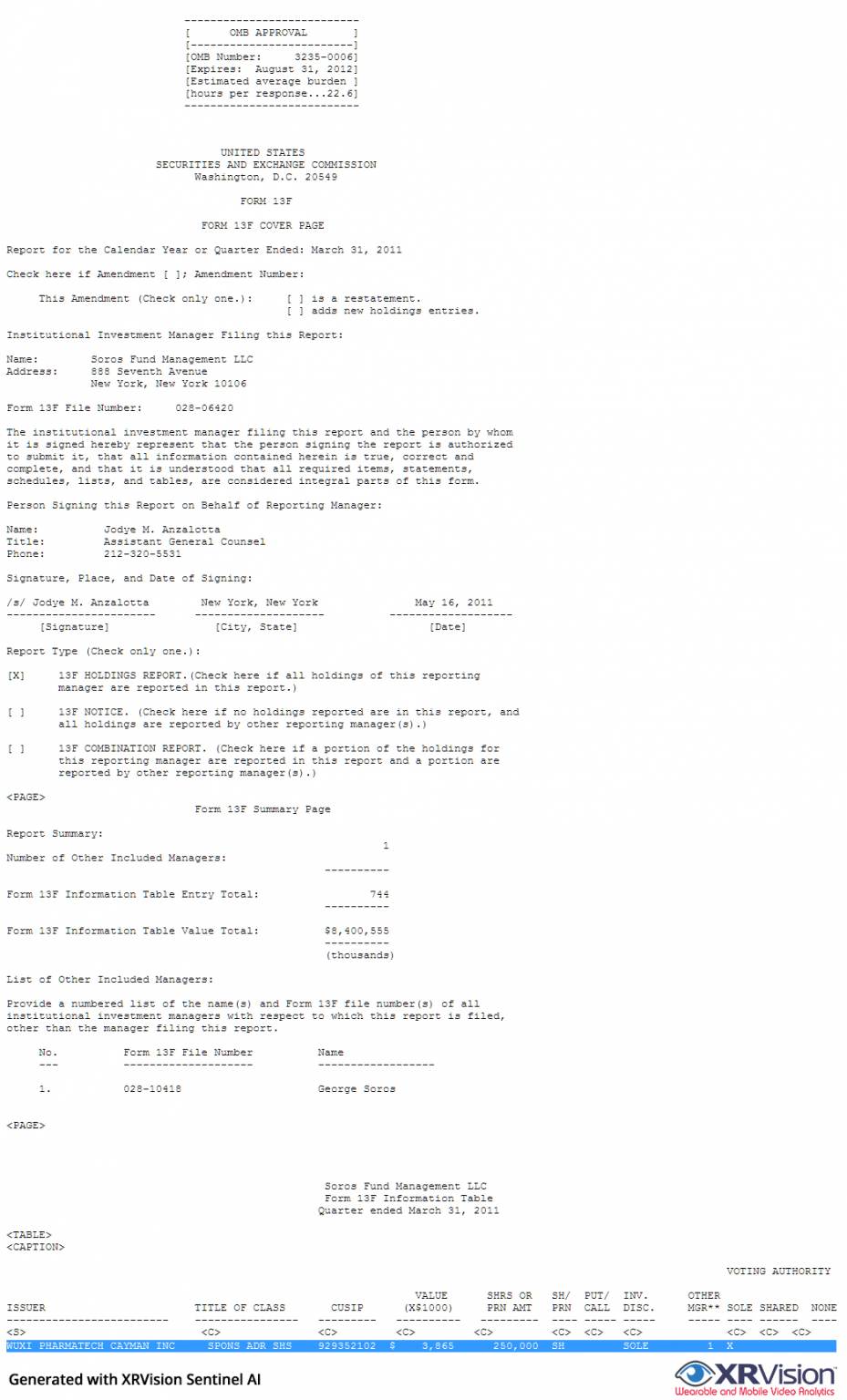 Now, if this article be true, then the plot just became even murkier than it has been with the association of Exercise 201 and Bill Gates’ recent statements. And again, if this whole article and filing are the genuine article, then this whole thing has been a bit of tragic theater, tragic, for the people suffering and dying from this thing, and tragic because it’s also overly hyped.

But there’s a bottom line here, and that’s this: if this whole thing was an operation of some sort by Mr. Globaloney – and Soros certainly qualifies as one of the biggest sausages – then those planning, sponsoring, and carrying out this “op” are guilty of mass murder…

…See you on the flip side…