Dr. Luis Marcelo Martínez: “This Is the Final Phase of a Military Psychological Operation”

Dr. Luis Marcelo Martínez: “This Is the Final Phase of a Military Psychological Operation”

During the World Wide Freedom Rally in Argentina, Dr. Luis Marcelo Martínez raised awareness of the dangers of the misnamed vaccines and the farce of PCR tests among the people gathered and passing by the meeting place.

In his powerful speech, he informed those present that this plandemic is a psychological operation carried out by the military and intelligence services with the knowledge of world governments; and that, under no circumstances, should people let their integrity and condition as human beings be violated by the measures being imposed.

Below, Orwell City offers the video in which he explains how this operation is being executed, and why we must remain strong and fearless.

We assume that using the PCR test to detect SARS-CoV-2 is like playing tic-tac-toe.

So I’d very strongly suggest to anyone who listens to us outside of this group and this core not to swab. Do not get swabbed. Don’t let anyone put anything in your body. Don’t allow it. All of this is dangerous.

So, the evidence is that yes, people die. Unfortunately, a lot of people. Some within minutes of getting vaccinated, some within days, some within weeks. And there are sequelae. Many are left with neurological difficulties, etc. We already know all that.

The magnetic phenomenon has actually been verified and certified on several occasions. There are things that, for sure, we’re not able to define exactly what they are. But I am also aware that to continue diving intellectually into all this ―and scientifically as well―, is a waste of time. Because there is a single concept: we don’t need anything. Nothing at all. So, if someone comes to you and says, ‘Well, look, I’m injecting this on you because you, and you, and you, and you, and everybody needs it.’ No! Just no. No, no, no, no, gentlemen. No, no, no, no! Leave us in peace. Nothing. We don’t need anything.

So, personally, I don’t even care if I can define what the vaccine is at all. Because I have come to the full awareness that there really are things that are beyond our understanding. Some things are beyond our ability to define… what exactly? I mean, you can’t. We’re seeing things that we don’t know what they are. It’s as simple as that.

So, these phenomena aren’t uniformly observed. Some people don’t express the magnetic phenomenon, others do. There are countries where we don’t see cases of magnetism and others in which we do. So, obviously, I suspect that in different populations, different regions, and with different groups, whether ethnic groups or countries, different things are tested. Different things are tried. Let’s not expect a uniform effect. So, is magnetism seen in some people? Yes, you can see it. You can measure it with devices, with gauss meters, with metal detectors, and with other devices. You can. What’s in the vaccination vials? Well, we can hypothesize, we can ruminate according to the information we’re getting, but ultimately we cannot get into the discussion of whether it contains A, B, or C components. Nor do I care. All I can say, as a physician, is that none of it has to be introduced into the human body. Period.

So, the final stage of this whole plan, because it is a whole plan, is to break free. And it’s very simple to do that. You don’t have to participate in this reality anymore. So, once again, there is no virus. There never was. The PCR test was made for all of this. The test can be positive or negative according to our convenience. The treatments are being proposed, and people always end up being blown up at the institutional level. And all this is a great psychological operation, managed with military and intelligence services and governments’ knowledge. And it has always been like that, OK? This is the final phase.

So, don’t get swabbed because that stick inside your body, whether nasal or anal, is just another element of the psychological operation to bend you, to put you on your knees, and to burst you as a human being. To trash you. And at the same time, the process of psychological suggestion is set in motion. Because a lot of people, when they test positive ―whether they took the test because they were forced to do it at work or whatever―, they start to somatize or they start to feel bad. They start to feel sick and running a fever.

What do these people need? An immediate unreal appointment with the doctor. Because imagine the moment when you arrive at a hospital, and everyone sees you dressed as an astronaut from a distance as if you were radioactive and so on… The process of disease management is detrimental because that’s not medicine. This is not even a scenario in which we’re really dealing with a real and highly lethal pathogen.

I repeat. When I saw patients with leprosy in the past, I wasn’t standing at a distance even when I knew that I could catch it. Yes, well, taking distance and all that is part of all the plan: breaking with everything and generating new normalities. New normalities are being generated in that environment. An environment that doesn’t have much life left. 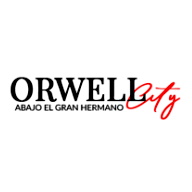 Orwellito is the creator of Orwell City, a website dedicated to gathering important information from La Quinta Columna scientists and other Spanish-speaking researchers who are working to reveal the truth about the so-called covid pandemic and other global medical deceptions.

Orwell City shares this work with the English-speaking world by offering summaries, transcriptions and subtitles for videos.