Dr Robert O. Young speaks out about COVID & other matters

[TCTL Editor’s Note: the following transcript excerpts were sourced using YouTube’s transcript function, with some additional editing by us.]

But what I’m hearing, in simple terms… we are in the grip of bureaucrats, technocrats, kleptocrats, sociopaths.

That’s what I’m hearing and that what is taking place is a … engineered environmental toxification threshold event that is bringing about catastrophic failure of human biological form. Is that more or less what’s going on?

So if there is a pandemic, where is the increase in deaths?

Forget about the word “with” because everything is “with COVID”. In other words you have cancer with COVID or you have lung disease with COVID…

This is not scientific.

If we look at total deaths, and compare this year to the last three years, we’re down by two percent. So where’s all the deaths?

There’s only one answer to this.

This was all orchestrated. The smokescreen is virus.

Now, why use a virus?

So why not use the virus theory, okay, as the smokescreen to orchestrate a pandemic of epidemic proportions —  associated with a non-existent that nobody can prove? That they’ve already indoctrinated at the collegiate level, at the graduate level — that there’s this so-called virus.

For example, when I did my paper on polio, there was no polio virus. The cause of polio was caused by a chemical poisoning of DDT.

When we came out last year as a test… it was a test to test this smokescreen of a virus, which I believe is a religion. It’s not based on the scientific method.

Zika was associated with a chemical poisoning. And birth defects and encephalitis was due to the poison glyphosate.

So with each “virus” there is a poison.

If we go back to the meaning of the word virus in Latin, it means poison.

So… what is happening is the human race is being systemically poisoned, which is throwing them into a pathological coagulation of the blood causing oxygen deprivation.

…what is being measured are cellular fragments of RNA or DNA.

…And they’re associating exosomes, which are released by the cell as a protection to stop the breakdown of the endothelium, which is a single cell membrane to protect the arteries from breaking…

So what happens is a cascade of clotting factors are released, causing pathological blood coagulation to prevent internal bleeding.

This is the main cause. There’s no virus here. It’s carbon dioxide poisoning…

But the problem is, if you’re in pathological coagulation, and then you ventilate the patient, all you do is succumb — you put that patient at risk because the problem’s not the lung.

The problem is the blood.

…that’s why hydroxychloroquine works, Because it raises the pH of the fluids of the blood and the interstitium fluids, which then provides more nascent oxygen that helps to break up the pathological coagulation.

But you do that with zinc.

These are the compounds that save people’s lives…

Many years ago, I offered a five million dollar reward for anyone that could isolate, purify and identify the infectious nature of HIV. The same thing applies for COVID or SARS.

I offered five million cash and there’s not a single person in the world that has ever come forward with the identification of these so-called viruses. 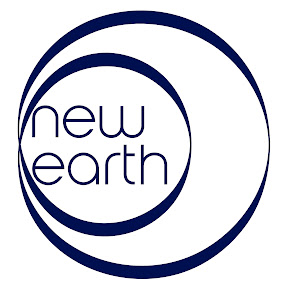 New Earth Nation is a fellowship of sovereign nations and micro-nations founded in recognition of the primacy of consciousness, the unity of all life and the undeniability of the individual sovereign condition.

It is an open invitation to every member of the human family to transition away from all systems and enclosures which limit our capacity for creative self-expression, and instead unite as an extraterritorial family of sovereign individuals who, with the support and solidarity of that family, are collectively empowered to consciously co-create a new paradigm of prosperity, harmony and abundance.