First things first… The crowdsourcing business called GoFundMe has destroyed their business model.  If they remain in operation, they will be a shell of their former status.  Wait a few months and you’ll see it.  That is the scale of self-destruction chosen by the organization as an outcome of their political decision to freeze and redirect donor contributions of the Freedom Convoy protest.  GoFundMe is done.

That said, GoFundMe justified their decision based on a definition of the Ottawa Freedom Convoy protest as an unlawful “occupation”.  However, the same GoFundMe supported the Seattle “occupation” in 2020 known as CHAZ/CHOP.  It’s not hypocrisy, it’s political alignment.

The backlash against the crowdfunding company was fast, massive and direct.  Facing legal action, U.S. state lawsuits and massive charge-back fees from outraged donors contesting refunds through their banks and credit cards, GoFundMe had an overnight change in position: 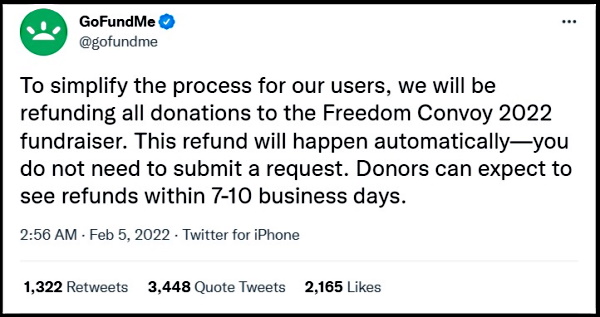 The Freedom Protest will continue without missing a beat.  The Truckers in Ottawa and around Canada are representing the majority of the Canadian people.  Despite leftist Canadian media attempting to control the narrative against the Freedom movement overall, Middle Canadians can see through the nonsense, and they know which position is on the right side of history.   The Freedom Convoy is winning!

The alternative crowdsourcing platform GiveSendGo has been overwhelmed by donations to FreedomConvoy2022 HERE.  Their web service is overwhelmed with supporters.  I’m sure they are also experiencing the snarky bot attacks from professional leftists and disruptions from the collaboration of North American govt. intelligence agencies.  As a result, if you go to the site, you might experience a delay.

Within the answer to that inquiry, we realize the structural issue of the Conservative Party in Canada.  They are controlled opposition who actually support leftist Prime Minister Justin Trudeau.

Ezra Levant has been pointing out the Conservative Party issues for many years.  Today he highlights the Canadian political “illusion of choice” problem by noting the absence of Conservative pushback. 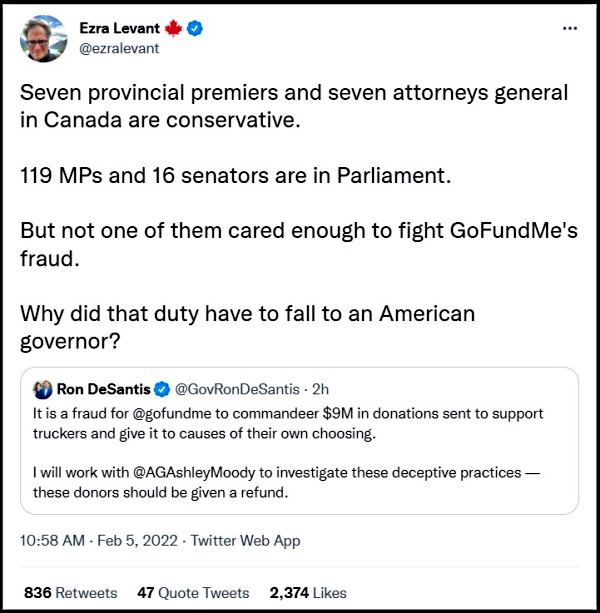 Americans have our own reference points for the issue Levant is highlighting.   However, the scale of the UniParty fraud in Canada is fundamentally much greater than currently exists in the U.S.

We in the United States have gone through a focused purging and challenging of conservative fraud since the Tea Party rose up to confront politicians in 2009 and 2010.  The 2010, 2011, 2012, Tea Party evolved into the 2015, 2016 MAGA party that supported Donald Trump.

In the U.S. we have slowly been removing corrupt republican politicians (House and Senate) since the 2010 primary races.  We still have a long way to go, but we are slowly removing them.  Liz Cheney, Adam Kinzinger, Dan Crenshaw and many more are on the current 2022 target list.

Unfortunately, Canada has yet to begin this type of widescale political purge.  That is why the current state of Canadian politics is so weak.  However, the Freedom Convoy is providing the spark that just might be the Canadian version of the 2010 Tea Party influence.

We are right beside you Canada.  We are cheering for you and supporting you in all ways possible. 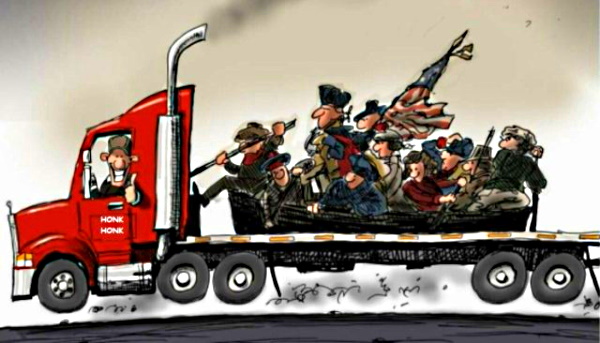 Connect with The Last Refuge 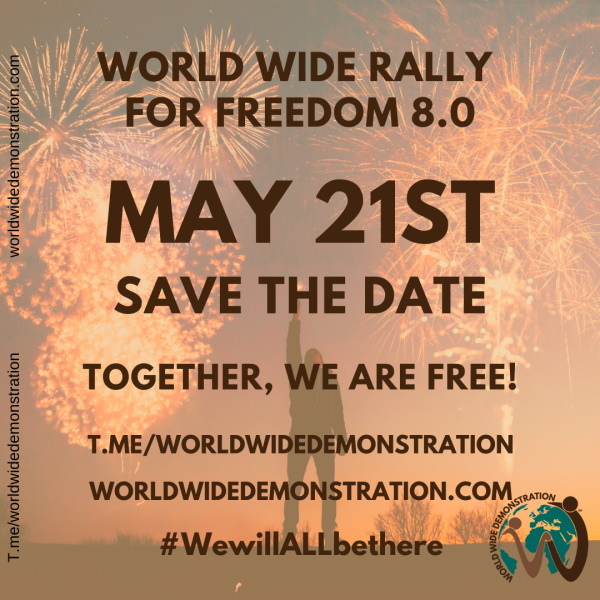