The world is suffering from a massive delusion based on the belief that a test for RNA2 is a test for a deadly new virus, a virus that has emerged from wild bats or other animals in China, supported by the western assumption that Chinese people will eat anything that moves.

If the virus exists, then it should be possible to purify viral particles. From these particles RNA can be extracted and should match the RNA used in this test. Until this is done it is possible that the RNA comes from another source, which could be the cells of the patient, bacteria, fungi etc. There might be an association with elevated levels of this RNA and illness, but that is not proof that the RNA is from a virus. Without purification and characterization of virus particles, it cannot be accepted that an RNA test is proof that a virus is present.

Definitions of important diseases are surprisingly loose, perhaps embarrassingly so. A couple of symptoms, maybe contact with a previous patient, and a test of unknown accuracy, is all you often need. While the definition of SARS, an earlier coronavirus panic, was self-limiting, the definition of COVID-19 disease is openended, allowing the imaginary epidemic to grow. Putting aside the existence of the virus, if the COVID-19 test has a problem with false positives (as all biological tests do) then testing an uninfected population will produce only false-positive tests, and the definition of the disease will allow the epidemic to go on forever.

This strange new disease, officially named COVID-19, has none of its own symptoms. Fever and cough, previously blamed on uncountable viruses and bacteria, as well as environmental contaminants, are most common, as well as abnormal lung images, despite those being found in healthy people. Yet, despite the fact that only a minority of people tested will test positive (often less than 5%), it is assumed that this disease is easily recognized. If that was truly the case, the majority of people selected for testing by doctors should be positive.

The COVID-19 test is based on PCR, a DNA manufacturing technique. When used as a test it does not produce a positive/negative result, but simply the number of cycles required to detect sufficient material to beat the arbitrary cutoff between positive and negative. If positive means infected and negative means uninfected, then there are cases of people going from infected to uninfected and back to infected again in a couple of days.

A lot of people say it is better to be safe than sorry. Better that some people are quarantined who are uninfected than risk a pandemic. But once people test positive, they are likely to be treated, with treatments similar to SARS. Doctors faced with what they believe is a deadly virus treat for the future, for anticipated symptoms, not for what they see today. This leads to the use of invasive oxygenation, high dose corticosteroids, antiviral drugs and more. In this case, some populations of those diagnosed (e.g. in China) are older and sicker than the general population and much less able to withstand aggressive treatment. After the SARS panic had subsided doctors reviewed the evidence, and it showed that these treatments were often ineffective, and all had serious side effects, such as persistent neurologic deficit, joint replacements, scarring, pain and liver disease. As well as higher mortality.

1 Officially the virus is called SARS-CoV-2 and the disease it is believed to caused, COVID-19. We will just refer to COVID-19 for the current virus panic, and SARS for the 2003 panic.

2 Ribonucleic Acid (RNA) is chemically very similar to DNA, except that one of the four bases, Thymine, is replaced by Uracil. In function it is very different, being created from DNA for a temporary use such as creating a protein molecule or being a messenger. It is also found in a single strand rather than a double-helix. 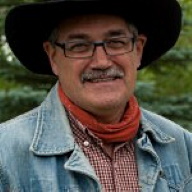 David Crowe graduated in Biology and Mathematics from a Canadian University in the late 1970s. His thesis about two plant species hybridizing into a third, crystallized his awareness that even the concept of “species”, the foundation of his chosen field of taxonomy, was imprecise and somewhat arbitrary. Later he became fascinated by questions about whether HIV really did cause AIDS and, later, about whether HIV even existed. This led him to investigate several other disease paradigms, finding that in every case there was an environmental explanation that was more compelling that the official dogma. With a high tech day job, he was able to pursue his scientific interests without fear of losing a position, the ability to publish, or the ability to get grants. Not being able to preach behind the safety of a PhD, David simply uses his mammoth research database to put the data in front of you, so that you have the tools you need to decide whether well establish disease dogmas, and other scientific sureties, are really as solid as we are told. David hails from Calgary in Canada and is rarely caught on the front side of a camera, but often on the back.