Fluoridation: The Biggest Public Health Failure of the Twentieth Century

Fluoridation: The Biggest Public Health Failure of the Twentieth Century

(OMNS February 4, 2020) The American Dental Association (ADA) is celebrating the 75th year of water fluoridation. This public health experiment began in Grand Rapids, Michigan on January 25th, 1945. According to Paul Connett, PhD, Director of the Fluoride Action Network, “The fact that this practice has continued for 75 years is reason to lament not celebrate and in this bulletin we explain why.”

The ADA ignores both the ethics and poor science of fluoridation

Zealous promoters of Fluoridation (like the ADA) not only continue to ignore the ethical arguments but also ignore the very solid scientific evidence (including US government funded studies) that show that fluoride can damage the fetus and the infant. Instead of carefully analyzing these studies the ADA and its allies continue to repeat the mantra that water fluoridation is “safe and effective.”

Fluoridation is the biggest public health failure of the Twentieth Century

Politics and public relations, not science keeps fluoridation alive. Fluoridation proponents, including the American Dental Association (ADA) and the Oral Health Division of the Centers for Disease Control (CDC), spend millions on advertising and public relations to sell us fluoridation using half-truths, talking points and diversions. Dentists at the CDC claim that fluoridation is ‘one of the top public health achievements of the twentieth century,’ in reality it is one of greatest public health failures (some would say betrayals) of the twentieth century.

The Fluoride Action Network and others have shown that the practice of adding fluoridation chemicals to the public’s drinking water is not safe for all residents, harming vulnerable subpopulations while also taking money away from more effective, safe, and less controversial oral health strategies. Unlike all other water treatment processes, fluoridation does not treat the water itself, but the person consuming it. It deprives the individual of his or her right to informed consent to treatment. It is delivered to everyone regardless of age, health, or nutritional status, without individual oversight by a doctor and without control of dose since people drink different amounts of water.

The highest doses of fluoride are going to the fetus and going to bottle-fed babies.

According to the Centers for Disease Control and Prevention (CDC), over 41% of adolescents in the U.S. now have visible signs of overexposure to fluoride, called dental fluorosis. Fluorosis is permanently damaged tooth enamel (white spots or pitted and stained enamel) caused by excessive fluoride intake during childhood, and appears to be an indicator of wider systemic damage. Fluoridated water is the primary source of fluoride for these individuals.

Damage to the brain

The Fluoride Action Network provides a large health database showing that fluoride can damage virtually all tissues in the body. All tissues are important but the most important organ to protect during fetal and infant development is the brain. Damage occurring to this organ during these early stages of life are permanent and cannot be undone later in life. A large body of government-funded research now indicates that fluoride is neurotoxic and is associated with lowered IQ in children and a significant increase in ADHD diagnosis and related behaviors in children at doses experienced in fluoridated communities. Experts in the field have likened the size of the effect to that from lead.

The recent draft systematic review by the National Toxicology Program of human studies of fluoride’s neurotoxicity concluded that fluoride was a “presumed” neurotoxin based on the large number, quality, and consistency of brain studies.

A 2006 report by the National Research Council called fluoride an endocrine disruptor, and a number of recent studies indicate that exposure to fluoridated water lowers thyroid function, particularly in women. Recent studies have also linked fluoridated water to kidney and liver impairment, as well as sleep apnea for adolescents.

Fluoridation is not necessary

The CDC Oral Health Division has acknowledged that the mechanism of fluoride’s benefits is primarily topical (CDC, 1999), not systemic, meaning there is no reason to swallow it. There is also no shortage of fluoride already available in many inexpensive over the counter and prescribed forms.

Fluoridation is one of the most widely rejected health interventions in the world.

Over 95% of the world’s population is fluoridation-free. WHO data indicates no difference in tooth decay in 12-year-olds between fluoridated and non-fluoridated countries. Despite 7 decades of fluoridation reaching a record number of Americans, official reports indicate that a tooth decay crisis exists in the U.S.

The risks associated with fluoridation clearly outweigh the benefits.

To ignore the significant potential harm and continue fluoridation would be a huge disservice to our children, especially when there are more effective programs to reduce dental inequities that communities can choose to implement, such as school sealant and education programs, increases to Medicaid reimbursement rates, and expansion of the use of mid-level dental providers.

Fluoridation is a waste of money

Fluoridation is a waste of money on many fronts. CDC’s PR claim that, for each $1 invested in fluoridation $38 is saved in dental costs, has been shown to be false by independent scientists. The analysis from the CDC Oral Health Division ignored the costs of treating dental fluorosis and the costs of other harm. The loss of IQ points leads to a HUGE loss in earning ability and over a large population amounts to a loss of billions of dollars.

Continued promotion will cause an ever-increasing loss of the public’s trust in the agencies that are meant to protect them.

Continuing this practice in the absence of sound science – and investing millions of dollars in PR to cover up that fact – will further erode the public’s trust in public health programs. Right now the only thing being protected is a failed policy and the reputation of those who refuse to accept that this program has been a massive failure both ethically and scientifically.

(Stuart Cooper is affiliated with the Fluoride Action Network, http://fluoridealert.org/ )

The peer-reviewed Orthomolecular Medicine News Service is a non-profit and non-commercial informational resource. 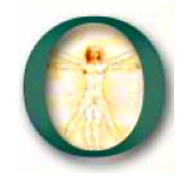 Orthomolecular.org focuses on Therapeutic Nutrition Based Upon Biochemical Individuality.

Orthomolecular is a term that comes from ortho, which is Greek for “correct” or “right,” and “molecule,” which is the simplest structure that displays the characteristics of a compound. So it literally means the “right molecule.”

Orthomolecular medicine describes the practice of preventing and treating disease by providing the body with optimal amounts of substances which are natural to the body.