More than a dozen Google employees have quit working for the tech monolith in recent weeks as a response to the company’s forging ahead with a Terminator-esque artificial intelligence (AI) program that could end up weaponizing machine-learning technologies for use in military war games.

Known as “Project Maven,” the Department of Defense (DoD) collaboration seeks to expand the functionality of AI technologies by “teaching” AI drones how to better identify “people and objects of interest.” According to a Google spokesperson, the program won’t be used to harm anyone, but will instead by “scoped for non-offensive purposes.”

But many Google employees aren’t convinced, as almost 4,000 of them have signed onto an internal company petition calling on Google to abort the project and get back to not being evil, which is what the world’s largest search engine claims as part of its mission statement.

According to reports, those in the know recognize that, despite Google’s claims about its supposedly innocuous nature, the technology “is being built for the military, and once it’s delivered, it could easily be used to assist in [lethal] attacks.” The petition letter also states: “We believe that Google should not be in the business of war.”

“Amid growing fears of biased and weaponized AI, Google is already struggling to keep the public’s trust,” the letter adds. “The argument that other firms, like Microsoft and Amazon, are also participating doesn’t make this any less risky for Google. Google’s unique history, its motto Don’t Be Evil, and its direct reach into the lives of billions of users set it apart.”

Get more news like this without being censored: Get the Natural News app for your mobile devices. Enjoy uncensored news, lab test results, videos, podcasts and more. Bypass all the unfair censorship by Google, Facebook, YouTube and Twitter. Get your daily news and videos directly from the source! Download here.

Is Google just another asset spook of the military-industrial complex?

Others who don’t currently work for Google agree, including members of the International Committee for Robotics Arms Control (ICRAC). This group issued its own letter of a similar nature, signed by more than 200 researchers and academics involved with artificial intelligence, that chastises Google for agreeing to participate with the DoD and other federal government agencies in developing the technology.

This letter emphasizes that Google should “commit to not weaponizing its technology,” which the company can do by immediately terminating its contract with the DoD. By doing this, Google will clearly reiterate that its purpose is to help people find information quickly, and not to help rogue Deep State entities achieve technological breakthroughs in military weaponry that could one day render humans as slaves of fake-smart robots.

“If ethical action on the part of tech companies requires consideration of who might benefit from a technology and who might be harmed, we can say with certainty that no topic deserves more sober reflection – no technology has higher stakes – than algorithms meant to target and kill at a distance and without public accountability.” the ICRAC letter states.

In partnership with the Pentagon, the “Pentagon AI” initiative, as it’s also being called, has already received a whopping $7.4 billion cash infusion from the DoD – with the stated mission of “accelerat[ing] DOD’s integration of big data and machine learning.”

This doesn’t sit well with Google employees and outside “techies” alike, including one anonymous Google employee who reportedly told one media outlet that he doesn’t understand why Google, being as large as it is, would even bother with such a project.

“It’s not like Google is this little machine-learning startup that’s trying to find clients in different industries,” this anonymous employee is quoted as saying. “It just seems like it makes sense for Google and Google’s reputation to stay out of that.”

When speaking out internally, as Google employees are encouraged to do, had no effect, this same employee decided to quit.

“Actions speak louder than words, and that’s a standard I hold myself to as well,” he added. “I wasn’t happy just voicing my concerns internally. The strongest possible statement I could take against this was to leave.”

Read about more examples of pure evil dominating our modern world at EVIL.news. Follow news about drones at DroneWatchNews.com. 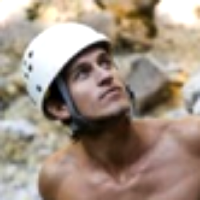 Ethan Huff is a freelance writer and health enthusiast who loves exploring the vast world of natural foods and health, digging deep to get to the truth.  He is a staff writer for Naturalnews.com and a writer for AlignLife.com.