ICAN, through its attorneys, has sued HHS for publicly making the unsupported claim that “Vaccines do not cause autism,” in violation of the National Childhood Vaccine Injury Act of 1986.  ICAN calls out the agency’s illegal behavior and pulls back the curtain on the baseless, oft-repeated claim used to silence parents who know better.

In the past four decades, no claim regarding vaccination has received more attention and publicity than the claim that vaccines cause autism. Likewise, federal health authorities claim to have studied vaccines and autism more thoroughly than any other type of alleged vaccine injury.  Federal health authorities assert publicly and matter-of-factly that studies establish that vaccines do not cause autism.

Reflecting this conclusion, the Center for Disease Control and Prevention (CDC) unequivocally asserts on its website that “Vaccines Do Not Cause Autism”:

The National Childhood Vaccine Injury Act  of 1986 (the Act), however, mandates that the Secretary of Health and Human Services “shall … make or assure improvements in … the … research on vaccines, in order to reduce the risks of adverse reactions to vaccines” as well as “develop and disseminate vaccine information materials … based on available data and information.”

The Act also provides that “any person may commence … a civil action on such person’s own behalf against the Secretary where there is alleged a failure of the Secretary to perform any act or duty under this part.”

Clearly there is a failure of the Secretary to uphold his duties and so ICAN sued the Secretary for his failure to perform certain acts and duties pursuant to the Act which have caused direct injuries to ICAN and the Institute for Autism Science.  As long as federal health authorities claim is that “the science is settled” with regard to vaccines and autism, there will be no funding for research into this extremely alarming and important issue.

ICAN’s lawsuit lays out for the Court the lack of scientific studies supporting any such assertion that all childhood vaccines do not cause autism through the following relevant history:

ICAN, therefore, brought this action to hold the Secretary and the CDC accountable and to hold them to the same standard ICAN is held to: do not make claims that cannot be supported with science.  You can read the lawsuit here. 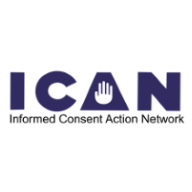