Home / Farming, Gardening & Homesteading / Important Court Ruling in Argentina in Favor of the Freedom of Seeds and Nature

by Naturaleza de Derechos
sourced from Navdanya International
May 15, 2021

The Federal Civil and Commercial court of the City of Buenos Aires rejected the lawsuit filed by the Monsanto/Bayer company in which it claims patent rights regarding seeds.

This is a legal claim filed in early 2016 by Monsanto (a firm absorbed by the Bayer corporation in 2017) against the National Institute of Industrial Property (INPI), in order to be granted a patent application for what it considers an invention that refers – according to the agribusiness corporation – to a novel artificial DNA sequence that encodes a protein tolerant to the herbicide glyphosate and its use to prevent gene silencing in plants.

The case is part of a triad of legal actions for patent rights over genetically modified seeds focused on the claim of property rights over genetic sequences, initiated and activated by the firms Monsanto and Bayer (now unified in Bayer) as of 2016, following the ruling of Chamber III of the Civil and Commercial Chamber of the City of Buenos Aires, which in November 2015 rejected Monsanto’s main lawsuit in which it claimed the patent on a double-stranded recombinant DNA molecule that gives plants tolerance to the herbicide glyphosate and plant cells with the insertion of such molecule (the plant itself).

With the patent claim based on genetic sequences – no longer of a DNA molecule – Bayer/Monsanto consider that they can circumvent the Chamber’s decision under the argument that genetic sequences are artificial constructions made in the laboratory, and therefore, they would be patentable subject matter.

In that decision, the Chamber was forceful, stating that the recombinant DNA molecule, the plant cells transformed by it and the plants generated from the latter, are not included in the protection provided by the patent system, since they do not comply with the provisions of the law. The court considered that any technical contribution made in the field of biotechnology that has an industrial application is not necessarily patentable, since the mere innovation is not comparable to inventiveness, since it is only a modification of matter already existing in nature that does not constitute any human creation, an essential requirement for patenting under the law.

In 2019, the first of the three cases initiated after this adverse decision, the Federal Civil and Commercial Court No. 7 dismissed the legal claim – filed on behalf of the Bayer company – which focused on a genetic sequence that provided soybean and corn plants with greater tolerance to the herbicide Glyphosate. The court held that there was no inventive step and rejected Bayer’s claim, who accepted the ruling, leaving it firm at first instance.
https://www.facebook.com/naturalezadederechos/photos/a.819769728105416/2664533746962329/

The second case was favorably accepted by the Federal Civil and Commercial Court No. 8 of the City of Buenos Aires, in November 2020, and granted Monsanto (now in the hands of Bayer) the patent right on the genetic sequence that gives tolerance to a greater amount of the herbicide glyphosate to soybean crops (“robust tolerance” says the company in the lawsuit), and would also give a higher yield (+7%). According to Monsanto, this is the result of an inventive task that deserves the granting of a patent right (sic). The case is now under review by the Federal Civil and Commercial Court and is being monitored by Naturaleza de Derechos. A ruling is expected during the course of the year.
https://www.facebook.com/naturalezadederechos/photos/a.819769728105416/3702121933203500/

In this third case, whose court decision is dated May 13, 2021, Monsanto/Bayer alleged that the developed sequence meets a need in agribusiness, (sic) recognizing that the technology (transgenesis) developed so far to obtain plants with tolerance to the herbicide glyphosate “was exposed to problems” which it then describes as gene silencing and which the company itself has come to solve (sic) with a new procedure which it considers to be the result of an inventive activity that is related to an artificial DNA sequence that allows transgenic plants to obtain “greater tolerance” to the herbicide glyphosate.

The interesting thing about this judicial process is that the company judicially acknowledges that the transgenesis technique has shown unexpected effects such as gene silencing, which contradicts the historical arguments that agribusiness, led by Monsanto, presented regarding the insertion of transgenes as a safe methodology with predictable results.

The sentence considered that the grounds of the INPI that motivated the rejection of the patent application could not be reversed in the judicial process by Monsanto/Bayer. Specifically, the magistrate held that the plaintiff failed to prove that the objections made by the INPI Examiner when conducting the preliminary and substantive examinations during the procedure established in articles 24 and 28 of Law 24.481 had been corrected or that they were unfounded in the light of the national patent regime.

What is important about the court decision is that Judge Dr. Javier Pico Terrero went into depth in his rejection of Monsanto/Bayer’s request, thus closing the historical claim of agribusiness corporations on patent rights on seeds, following the line of argument of the decision of Chamber III of the Federal Civil and Commercial Court.

In this sense, he pointed out that the plaintiff’s claim is based on the idea that any technical contribution he makes in the field of biotechnology and which has an industrial application is patentable, but such an idea is not compatible with our Patent Law because it implies equating inventive activity to mere innovation (Mathély, Paul, Le droit europé en des brevets d’invention, Paris, 1978, Journal des Notaires, pp.120-122, especially p.121).

The magistrate then adds that, on the other hand, Monsanto/Bayer’s argument leads to disregarding the problem of assessing the inventiveness of this type of contribution, in which there is a modification of matter already existing in nature that does not constitute any human creation whatsoever.

Thirdly – he points out – it is important to overlook the fact that the development of biotechnological research tends to be favored by discoveries and improvements that do not reach the level of an invention. In this respect, there is a certain consensus in conceiving technology as a “non-rival public good” that offers innovations of two kinds: radical and incremental (Correa, Carlos, Propiedad intelectual e innovación. La excepción de experimentación, ED t.171-850). The former, also called “major”, are discontinuous events resulting from deliberate research and development efforts. On the other hand, the latter occur more or less continuously in any industrial activity and, more often than not, are the consequence of the gradual improvement of the original product suggested by engineers involved in the production process (Freeman, Christopher, El reto de la innovación, Caracas, 1987, Editorial Galac, pp.78-79, quoted by Correa, C. in the article referred to, p.851; conf. Chamber, III, “Monsanto Technology LLC c/ Instituto Nacional de la Propiedad Industrial s/ denegatoria de patente” Expte.Nº 8.044/07 del 26.11.2015). Incremental innovation is based on the stock of accumulated knowledge and on the routine exploration of existing technologies, which makes it difficult to appreciate the creative aspect that the interested party claims (conf. Cám. Nac. Civ. y Com. Fed. Sala, III, causa “Monsanto Technology LLC c/ Instituto Nacional de la Propiedad Industrial”, aforementioned), as it happens in the present case.

In this way, the magistrate sealed with legal forcefulness his judicial decision, as well as the fate of the company in the first instance. This case has been monitored by Naturaleza de Derechos since mid-2016. That task will continue if the company Bayer/Monsanto decides to appeal the ruling before the Chamber.

Finally, it is worth highlighting the work of the lawyers of INPI, María José Vásquez, Viviana Ines Anzil, Gonzalo Lavalle and Aldo Petrone, who have maintained an impeccable defense against the Bayer/Monsanto corporation’s attempt to insist on the patenting of nature. 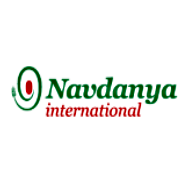