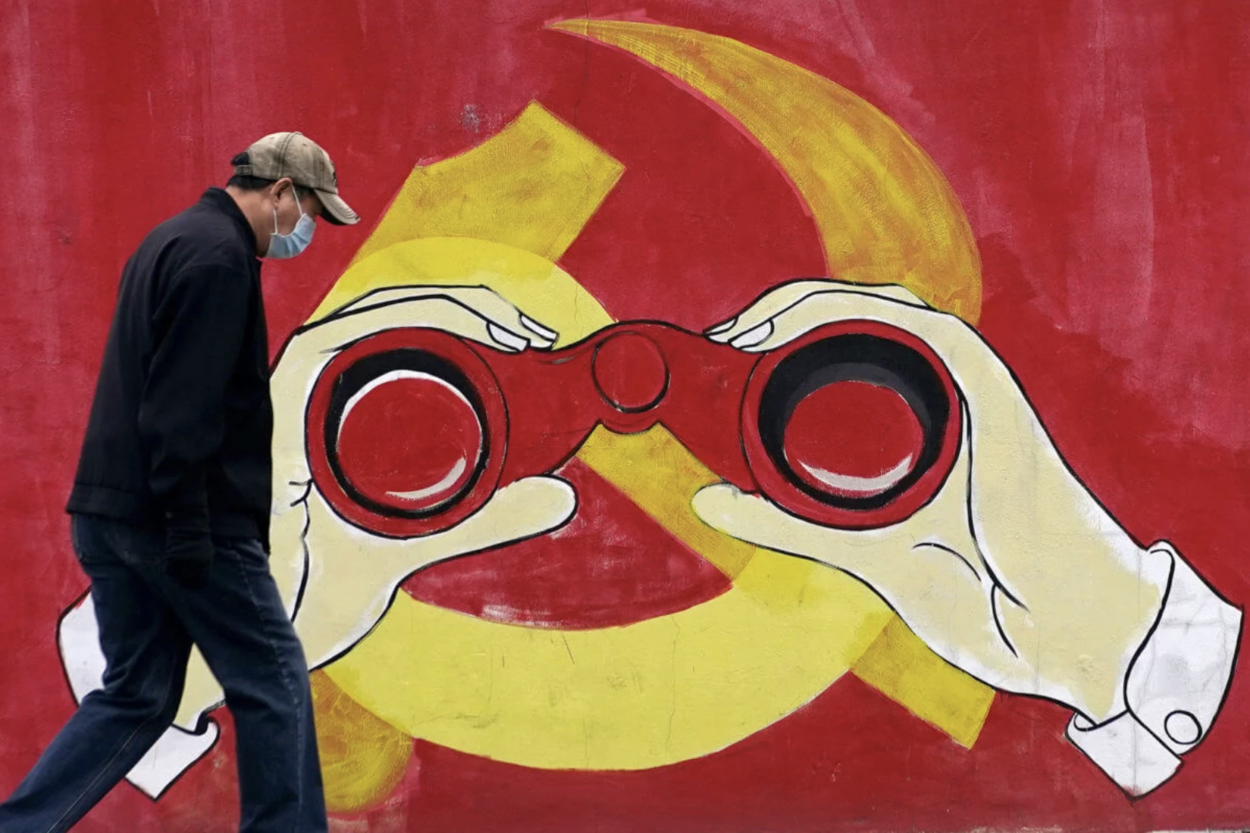 The world is witnessing the largest lockdown of a population in modern history. What took historic despots like Mao and Stalin decades to accomplish, China has achieved in mere weeks. Using the threat of a virus of unknown origin, according to officials, while ignoring the country’s multifaceted environmental and technological hazards to human health, China is in free fall.

Residential lockdowns, checkpoints, neighbors turning in neighbors, mandatory isolation and quarantine stations now cover at least 760 million people in China, or more than half the country’s population, according to a New York Times analysis of government announcements in provinces and major cities.

Lauded by the World Health Organization and even President Trump, China’s next-level authoritarian lock-down should be seen as a humanitarian issue, rather than a commonsense precaution to protect public health. Adding supply-chain disruptions, clean water issues, medical supply shortages and empty grocery store shelves to the mix, have all the makings of another Tiananmen Square-like eruption at any moment from discontent communities.

The world is getting its first glimpse at full implementation of a technological control grid in the name of public health. A recent Reuters headlines states, Coronavirus brings China’s surveillance state out of the shadows. The report goes on to state:

“Chinese have long been aware that they are tracked by the world’s most sophisticated system of electronic surveillance. The coronavirus emergency has brought some of that technology out of the shadows, providing the authorities with a justification for sweeping methods of high tech social control.”

A continuous stream of mainstream reports and videos out of China chronicle human rights abuses and jaw-dropping actions by its governmental forces to ‘protect’ public health.

“…as the coronavirus swept across the Chinese heartland and jumped to other nations, the WHO’s director general, Tedros Adhanom Ghebreyesus, applauded the “transparency” of the Chinese response. Even as evidence mounted that Chinese officials had silenced whistleblowers and undercounted cases, Tedros took a moment to extol the leadership of Chinese President Xi Jinping.”

“China’s coronavirus outbreak has tested the limits of free speech on the country’s heavily censored online and social media, with a brief window of liberalization that opened during January subsequently slammed shut by authorities.”

The article continued, reporting that a notice circulated by the Cyberspace Administration of China, reviewed by Reuters, asked audio and video platforms to step up control on “harmful information and rumor” related to Wuhan virus.

It also asked them to stick to official media such as Xinhua and People’s Daily, “not to push any negative story, and not to conduct non-official livestreaming on the virus,” stated the report.

The Lancet writes, “China’s biggest online platform showed outbreak discussions were nearly non-existent through much of January, 2020, until the Chinese Government changed its official stance on Jan 20, 2020.”

“The scale of this non-sanctioned storytelling is unprecedented in any previous major outbreak or disaster in China. It presents a challenge to the Communist Party, which wants to control the narrative of China”

Popular citizen journalist Chen Quishi reported for two weeks on the outbreak from ground zero in Wuhan until he disappeared. He’s been gone for 10 days, as of the time of this writing, and his family and friends are frantically questioning his whereabouts.

China’s top-down governmental control and information lockdown provides little room for whistleblowers to come forward on a global stage. It is often the citizen journalists, protesters and everyday people who are alerting the world of Chinese abuses on social media platforms.

Those within the medical community face the harshest crackdown for breaking rank and shaking public confidence – even if they are justified. The initial whistleblowing Chinese doctor, Dr. Li Wenliang, took to the social media platform WeChat to warn about the epidemic online on December 30th.

He was immediately summoned to the Public Security Bureau and required to sign a letter in which he professed to have made “false comments” that had “severely disturbed the social order.” Reports state that Dr. Wenliang later passed away from the coronavirus. Meanwhile, other doctors have come forward claiming backlash for speaking out.

The WHO jumped on the virus fear bandwagon, creating a new term with slick marketing ad agency languaging, dubbing the global situation “a massive ‘infodemic,’” referring to ”an overabundance of information—some accurate and some not—that makes it hard for people to find trustworthy sources and reliable guidance when they need it.”

The first headlines made, and presumably one of the first actions taken, after the WHO declared the coronavirus a global health emergency, was to partner with social media outlets to censor speech, journalism and medical/health information. What U.S. Congressman Adam Schiff and last year’s American measles hysteria failed to accomplish, a virus cover-story is apparently moving the speech-censoring narrative into its next phase. Twitter, Facebook, TikTok and others have unleashed a barrage of various methods globally, including in America, to quash debate, certain narratives, and health information.

With talk of a COVID-19 vaccine becoming available in 18 months or sooner, it is a certainty that COVID-19’s censorship-demic will steamroll through and gobble up the online vaccine debate in America as record legislation is being decided upon in nearly every state. The WHO already declared ‘anti-vaxxers’ a Top Ten Threat to Global Health in 2019. It wouldn’t be a stretch to see the agency further spearhead the full censorship of an online health debate in America as the vaccine comes available and/or the COVID-19 outbreak numbers grow in the U.S.

With ‘The Chinese Response’ as a template, what form will health censorship take in America in the coming months?