My first online interaction, circa 1992, fascinated but also terrified me. I should have taken it as a warning.

At the time, computers were just machines you had in your basement. They had programs in them, and you would sit in a chair and use those programs for a while, then go do something else. The whole time you used this machine you remained, both physically and psychologically, in your own house.

Nobody had the internet yet really, but there were Bulletin Board Systems. Your computer could phone another computer, presumably in someone else’s basement, and access a virtual space for posting messages, designed by that computer’s owner. No images, just bare text. Only one person could visit at a time, because it occupied the owner’s phone line.

One time I was using a BBS, believing I was alone in my basement, when some strange text started appearing on my screen, letter by letter. Someone else was typing—on my screen, in my basement. The text asked if I was enjoying his BBS.

My heart pounded. What was happening was impossible. Seeing that alien text crawl onto my screen felt like a seeing ghost appear before you inside your locked bedroom.

I did not yet have any sense of what it meant to be “online.” At the time, everything was offline. Life consisted of physical objects in physical locations. (We had TV and phones of course—which must have similarly amazed and unsettled those who were alive when they were introduced—but in my case they were an established part of the universe from birth.)

Still, for years afterward, going online was something you did in one place—at the home computer, or more likely, at the one in the school library—for a small part of the day, if at all. The online world was a novel and small part of life, and you almost never thought about it when you weren’t sitting in a computer chair.

Twenty-some years later, the internet seems present in almost every room, vehicle and public space—and I want that old feeling back. I want life to once again feel like it takes place in an immediate, local, physical world.

While living in this physical world, you can, if you choose, occasionally use a special computer device that allows you to look things up, learn a bit of news from afar, entertain yourself, and send important messages.

Essentially that’s still all we use the internet for, yet it seems like nothing is truly offline. You have to literally go walk in the woods in order not to be online, and you’ll probably Instagram it later without even realizing it.

Our work, play, news, schoolwork, and social life all have at least one foot in the online world. Even our own bodies betray us, through muscle memory—our hands bring out our phones as a reflex to any hint of waiting, worrying, or wondering, many times a day, without conscious intention.

It’s become too much. Way too much “online.” But I think a shift is happening. It’s becoming more obvious that always-on connectivity is having some serious side effects on our minds and our society. More of us want less internet.

Facebook is currently having a public existential crisis, scrambling to “fix” itself in the wake of accusations that it’s making teenagers suicidal and perhaps undermining heretofore stable democracies.

We’ve seen Twitter go from a hip new place to connect and collaborate to a cauldron of public scorn and halfhearted activism. The phrase “social media” itself has become mostly pejorative, code for time-wasting habits, superficial relationships, and the mob mentality.

And whoever we are, whichever platforms we use, each of us is facing ever-multiplying occasions to feel hopelessly out-lived and out-achieved by The Joneses, because now The Joneses are infinite and everywhere—possibly even six inches from your face while you’re on the toilet.

It’s no longer controversial to suggest that ordinary internet use (by late 2010s standards) may be putting our mental health at risk. Some psychologists are concerned that the generation born between 1995 and 2012—people who didn’t experience adolescence before internet connectivity became ubiquitous—may become one of the greatest mental health crises the world has ever seen.

The Year We Came to Our Senses

I think, or maybe just hope, we’re on the cusp of an “Age of Offlining,” an era characterized by a conscious mass departure from using the internet in such reflexive, uncontrolled ways.

We’ll rediscover the value of living locally, emphasizing sensory experience, single-purpose tools, and forms of entertainment that don’t require chargers. There will be a surge in the popularity of board games (which is already happening). Bowling, crafting, gardening, and decent penmanship will make a comeback. People will spend more time in their yards.

Each of us will have fewer world issues swimming in our minds, resulting in less despair and cynicism. We’ll be more likely to understand and act on a handful of issues, rather than become paralyzed by a surface-level awareness of all of them.

Computers will still offer us thousands of powerful tools—word processing, research, messaging, spreadsheets, video viewing—but they’ll be designed so that these functions don’t bleed into one another so easily. You’ll never look up a word in the dictionary, and accidentally spend twenty minutes looking up actors’ birth years on Wikipedia.

Smartphones will no longer show you a candy-store-like spread of apps when you unlock them. You will tell it which tools you want to use, not the other way around.

It will become fashionable to be reachable only in person, by letter or telephone, or other modes that take some effort on the part of the person who wants to reach you. This will lead to fewer, but more meaningful connections, both professional and personal.

Email will become electronic mail again, something you check (and expect others to check) once a day or less, rather than behaving as text messages without character limits.

We will laugh about the 2010s, when we still thought our “Followers” really followed us, and our “Friends” were really friends. We’ll think of the Early Internet Era’s “web” much like its namesake: confounding, dangerous, hard to avoid, and harder to escape from. 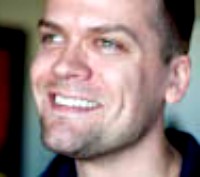 David Cain is creator of Raptitude a blog and newsletter with a street-level look at the human experience. He writes about what school never taught us: how to improve your quality of life in real-time.