One of the most legendary and on-going “Conspiracy Theories” in world is the assassination of United States President John F. Kennedy!

On November 22, 2018 it marks the 55th anniversary of JFK´s killing (on November 22, 1963 in Dallas, Texas), and the mystery surrounding his untimely death, continues to fascinate and intrigue people all over the world.

One of the leading experts and researchers into the JFK assassination is author, lecturer and truth speaker, OLE DAMMEGARD, who is one of the top conspiracy researchers into not only JFK, but 9/11, False Flag Terror attacks, New World Order politics and the assassinations of Robert Kennedy Jr., Martin Luther King, Swedish Prime Minister Oluf Palme, John Lennon along with, what he calls, the “Hollywood Hippie Movement Psy-Op” in the 1960´s.

But HOW IS THE JFK ASSASINATION connected to DEADLY CANCER VACCINE? Who was really behind the murder of President Kennedy, and how is that connected to the attacks on the World Trade Center and the Pentagon on September 11, 2001? What is theory and what is fact?

In this new, deeply compelling, extremely controversial, eye-opening and mind-blowing 2 hour 20 mins. AGE OF TRUTH TV interview special, Ole Dammegard is explaining how he understands these world changing events after almost 40 years of research and how they are connected.

Ole Dammegard is interviewed by Age Of Truth TV presenter, Lucas Alexander on October 8, 2018 in Copenhagen, Denmark, to mark the 55th anniversary of the JFK mystery, which gave “birth” to the term “conspiracy theory”. But what are the facts and who were involved?

– JFK ASSASINATION Who were involved? An entangled web!

– Who was Lee Harvey Oswald? Was he really JFK´s killer?

– Who is Judyth Vary Baker, the former girlfriend of Lee Harvey
Oswald? How is she involved in Cancer research, who played an
important part in JFK assassination?

– Vaccines and Big Pharma medicine. Is it good for people in general?

– President Donald Trump! Who is he?

– Good advice about “awakening” and a message of LOVE.

That and more in this Age Of Truth TV episode with Ole Dammegard. 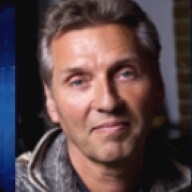