Jim Carrey: What It All Means

Home / Inspiration / Jim Carrey: What It All Means

“At a certain point I realized, hey wait a second, if it’s so easy to lose Jim Carrey, who the hell is Jim Carrey?

I do believe in manifestation and the power of that kind of stuff but I don’t believe that any of it matters. You know, this mattering is to me, a human construct born out of a need — the same need as you have to have deities and things like that.

I believe in an energy of God, an energy of — everything is divine. There’s no thing that isn’t divine. Everything is divine and I’m that and it doesn’t matter to me what’s happening. I’m finding that ultimately the freedom from it is something people are kind of hungry for in a way. They’re like, I don’t want to be me either. And I go, well great, because you never have been.

I believe that I had to become a famous, you know, idea and get all the stuff that people dream about and accomplish a bunch of things that look like success in order to give up my attachment to those things. It’s been a part of the evolution of ego is to spend the first half of your life acquiring and adding — thinking you can add to yourself.

And it looks great when you have a cool car and nice clothes, you know, and you’ve done something that people admire but it can never fulfill you. You can never be happy, you know what I mean? It’s not where happiness comes from.

And, I dealt with depression a few years ago and people still think, ‘He’s going through…you can tell he’s depressed.’

It’s not, I have no depression in my life. Literally none. I have sadness and joy and elation and satisfaction and gratitude beyond belief, but all of it is weather and it just spins around the planet, you know. It doesn’t sit on me long enough to kill me.

The happy place is realizing that you’re everything, you know, that there’s no real you involved in the first place. You know, It’s a weird little semantic jump that you make where it sounds like, that’s totally fucking threatening man, I can’t not be me.

I’ve built this construct and it’s just ideas. It’s just ideas. You know, the only thing that separates you from an African American or an African Canadian is an idea.
You know. And the weather, the adaption to the climate. And whatever it is. I don’t believe in any of it. And so, the feeling of wholeness is a different feeling than me-ness.

Jim Carrey was a less intentional character because I thought I was just building something that people would like. But it was a character.

So I played the guy that was free from concern so that people who watched me would be free from concern. You know, and at a certain point you go, okay, it’s great but, you know, it’s like, the one thing…

People talk about depression all the time. The difference between depression and sadness.

Sadness is just from happenstance — whatever happened or didn’t happen for you or grief or whatever it is.

And depression is your body saying fuck you, I don’t want to be this character anymore. I don’t want to hold up this this avatar that you’ve created in the world. It’s too much for me.

You know, and you should think of the word depressed as deep rest, deep rest. Your body needs to be depressed. It needs deep rest from the character that you’ve been trying to play, you know, the great powerful Oz.

‘I’m the Great Powerful Oz. How dare you come near me!’. You know, that kind of thing. And you’re just the sweaty guy behind the curtain. It’s an amazing metaphor in that movie.

I think everybody should get rich and famous and get everything they dreamed so they can see that’s not the answer. ” 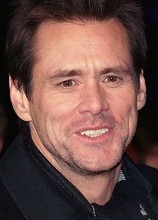 Jim Carrey is a Canadian-American actor, comedian, impressionist, screenwriter, musician, producer and painter. He is known for his energetic slapstick performances.