JORDAN SAINT-PIERRE is a young man from Los Angeles, who filmed and witnessed how the riots in LA at the black lives matter protest, was staged by a seemingly organised group of people, in order to create chaos but the media could show to the world. After filming and witnessing this incident, Jordan’s video went viral, and this took him down the rabbit hole, discovering that the world is quite different from what we are being told!

He joins AGE OF TRUTH TV´s Presenter and Investigative Reporter, Lucas Alexander, for this fascinating, in-depth and controversial conversation, about what may really be going on in regards to the Black Lives Matter demonstrations, protests and riots, and how George Floyd’s death may also have been either staged, or even a ritual sacrifice?

Is this a New World Order control plan, and a political Divide & Conquer plan?

The Hegelian Dialectic: Problem – Reaction – Solution, to create splitting between people and races.

How is this specifically connected to the current CV world crisis, and secret societies, and even celebrities?

This is a fascinating, in-depth eye-opening conversation and interview, with a young guy, Jordan Saint-Pierre, who just recently went down a new path.

The path of awakening! 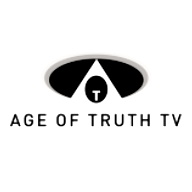 Age of Truth TV is a truth information movement — a TV network and online community that was born in Denmark. In-depth hard-talk interviews with fascinating and remarkable speakers, authors, researchers, journalists, scientists and truth speakers from all over the world. The guests on our shows share information and often disclose eye-opening details and knowledge about hidden agendas, personal experiences and otherworldly phenomena.