At this moment there is literally nothing about what’s just happened in Denmark:

The government in Denmark had proposed a new epidemic law which was not going to be temporary.

Just to give a brief summary, this new law, it included:

ONE, people infected can be forcibly given medical examination, hospitalized, treated and placed on isolation.

TWO, government would be able to define groups of people who must be vaccinated.

THREE, people who refused the above can be coerced through physical detainment.

Yes, this was the new law that they were proposing to bring in, but Denmark had been protesting for the last nine days because of this law.

And after nine days of the protest, this law has now been abandoned. Apparently Denmark had been protesting en masse with pots and pans outside their parliament.

Now this is not mentioned anywhere.

I found just two clips from all of this to show you, and it doesn’t surprise me that the media are trying to block this out because it just doesn’t follow their narrative.

It shows that if you collectively say no, then you can get them to change their minds, to get them to step back.

And there being absolutely no mention of this anywhere in the mainstream media in any country as far as I can see, nothing about the nine day pots and pans protest and nothing on the back down .

For anyone who still thinks there is nothing strange going on, don’t you think this deafening silence is unusual? …

With a COVID-19 vaccine possibly rolling out to the public by December or early next year, some governments are pushing for a mandatory vaccine program, as in Denmark where it was met with protests.

The national government in Denmark had to abandon a new law that would require a mandatory COVID-19 vaccine after Danish citizens took to the streets to protest by banging on pots and pans against an updated Epidemic Act (pdf) that gave the government an unprecedented amount of power to implement rules and extreme measures to fight against the CCP (Chinese Communist Party) virus pandemic.

The new Epidemic Act would replace the temporary amended law (pdf) that was unanimously and quickly passed back on March 12 in response to the pandemic. At that time, one of the major revisions made involved transferring all the authority from the five regional Epidemic Commissions around the country to the Danish Minister of Health to allow for a quicker response to COVID-19.

But this gave a lot of power to the minister of health who is able to “access a person’s home with the police assistance without prior court order,” and “use police assistance to isolate, examine or treat a person who is infected or believed to be infected with one of the communicable diseases listed in the appendix to the Act,” according to a blog by Janne Rothmar Herrmann a professor of the University of Copenhagen.

The minister of health through a Ministerial Order was also able to limit the gathering of more than 10 people at indoor or outdoor public spaces except for “political meetings/protests, supermarkets, and places of work, etc.”

The new Act would continue keeping the centralized powers with the Danish Minister of Health that was passed in March, with the addition of allowing forced COVID-19 vaccinations as the Danish Health Authority can define “who must be vaccinated to contain and eliminate a dangerous disease.” Compliance with these orders can be achieved with police assistance.

Both the Danish Medical Association and the Danish College of General Practitioners spoke out against the new law saying “mandatory vaccination should be an ‘absolute last resort’” and that it gave too much power to the government, particularly the minister of health, over people’s healthcare, according to The Local.

The nine consecutive days of protest to the new law—broke away from the high level of trust Nordic countries are known to have with their government—resulted in the Danish government scrapping the law.

As the protest was just beginning in Denmark, the New York State Bar Association (NYSBA) approved a resolution (pdf) on Nov. 7, asking the state to consider making a COVID-19 vaccine mandatory for all New Yorkers except those medically exempted “once a scientific consensus emerges that it is safe, effective, and necessary,” but only after voluntary vaccinations failed to illicit a sufficient level of herd immunity to keep the public safe….

In Israel, the Health Minister is considering a mandatory COVID-19 vaccine law to address a percentage of Israelis unwilling to vaccinate, although the country has one of the highest immunization rates, according to The Jerusalem Post….

With claims of their trials being over 90 percent effective against the CCP virus by Moderna and Pfizer, and after an emergency authorization usage is granted by the U.S. Food and Drug Association’s (FDA) for the public, it will be a matter of time before more states and businesses may mandate Americans to get a vaccine.

“With polls showing that about half of Americans either do not want to get a new COVID-19 vaccine or have reservations about getting vaccinated, there will be those who want societal sanctions to be levied against those who refuse to take it,” Barbara Loe Fisher, Co-Founder and President of the National Vaccine Information Center, told The Epoch Times in an email.

Fisher is one of the original group of parents who worked with Congress on the 1986 National Childhood Vaccine Injury Act, which has been amended so much that it no longer serves its original purpose: to allow parents of vaccine-injured children to easily file a claim for compensation as an alternative to the civil courts.

Instead, the vaccine injury act now mainly protects manufacturers of mandated vaccines from lawsuits, especially after the Supreme Court declared that vaccines were “unavoidably unsafe” in a 2011 decision (pdf).

Fisher says the “public-private business partnerships” between the governments and pharmaceuticals for more than 35 years has been a “powerful lobby for forced vaccination” in the United States and around the world.

“That lobby has been putting pressure on U.S. lawmakers to mandate all federally recommended vaccines and eliminate informed consent protections in public health laws,” Fisher says.

Every state has a mandatory vaccine schedule for students to attend school, with around 50 vaccine doses given from birth to 18 years old according to Kids Health. People working in the healthcare industry are also mandated to take flu vaccines annually.

“The draconian COVID-19 vaccination law enacted in Denmark last spring that threatened to imprison people for refusing to comply is a warning of what could happen here. Americans must rise up and resist this kind of tyranny in great numbers like the people of Denmark have done this week,” Fisher says. 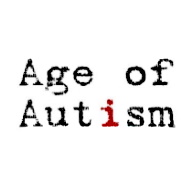