For those who have been paying attention, the “experts” on the coronavirus have been the complete opposite of consistent when it comes to advising Americans and the rest of the planet on how to react to the pandemic. Since the lockdowns began last year, hypocrisy has been at the forefront and masks are on the main stage.

It’s not just hypocrisy either, the police state tyranny across the planet in regard to COVID-19 measures has exploded and those who resist are being treated worse than violent rapists, literally.

As the following case illustrates, a violation of a mask mandate can land you in jail without bail as a violent rapist is granted bail.

Australia has been on the forefront of the COVID-19 police state insanity and the following is a perfect example of why that is. Last month, in response to an increase in positive tests, the state of Ellenbrook went into yet another lockdown.

According to the lockdown rules, anyone who steps foot outside of their own home is required to wear a mask. It does not matter if you are alone or not. If you are visible in public, despite being completely alone, you must wear a mask or you will be fined.

A 41-year-old man refused to comply with this order to wear a mask outside in February, so he was subsequently arrested for it.

“When it was established he did not have a face mask, he was offered one free by officers to assist him to comply with the legal requirement,” police said.

“At this stage, there was no intention to arrest or charge the man.

“He was arrested and taken to the Perth Magistrates Court, where he was refused bail and remanded in custody,” 7 News reported.

When the man was arraigned after his arrest, the court denied him bail and held him in a cage instead of letting him out. Let that sink in. He wasn’t wearing a mask, alone and outside, and he was arrested and denied bail for it. This is not in the interest of a free society nor in the interest of science.

Highlighting the insanity of such tyrannical measures over not wearing a mask is the fact that a violent rapist was granted bail just days before the anti-masker’s denial of bail.

Across the island in Townsville, a 19-year-old man accused of the violent rape of 66-year-old woman on a Townsville walking path was granted bail.

This teen violently raped a 66-year-old woman in public and he was granted bail. What’s more, on the same day he violently raped a senior citizen, he also attacked a different woman “causing grievous bodily harm.”

Witnesses saw the man grab the 66-year-old woman from the walking path and drag her into the bush where she was violently raped.

“It’s offending of a heinous character, there were multiple victims who were strangers to the applicant,” Prosecutor Molly Mahlouzarides said, according to ABC.

“The attacks, the violence inflicted on these women was entirely out of the blue and one of those incidents unfolded in a public place as the woman was on her morning walk.”

Despite the random nature of the attacks and the high probability that they will happen again, the court granted the man bail and he walked out of jail to stay with his grandparents.

In the meantime, the man who refused to wear a mask rots in a cage with no bail being granted.

When the state treats those who disobey mask orders worse than they treat violent rapists, it’s high time we question their intentions.

Connect with Matt Agorist at The Free Thought Project 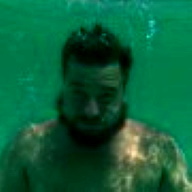