As governments and their public health brigades become more vindictive in their drive to crush small and independently-owned businesses across America, owners are getting creative in order to preserve their livelihoods, as well as those of their employees.

In Missouri, Jackson County officials said they will seek a court order to try and close a Blue Springs restaurant for what they claim are ‘repeated violations’ COVID-19 health decrees, including the county’s mask mandate.

“One day after the county shut down the cafe, it reopened as a “private club.” A sign on the door stated that, “by entering ]this club, you admit that you are not a member of the general public. By signing your name, you record your membership and attendance. You also assume any and all risks of disease transmission.”

Amanda Wallace owner of Rae’s Cafe in Missouri, felt she had no choice but to convert her business into a ‘private members club’ in order to prevent the county’s public health gestapo from using ever-changing arbitrary COVID rules and restrictions to force her out of business. 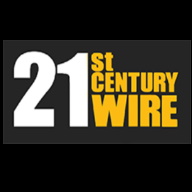