NPR’s Mind-Rot Logic: ‘Even the Truth Can Be Misinformation’

NPR’s Mind-Rot Logic: ‘Even the Truth Can Be Misinformation’

“An NPR analysis of social media data found that over the past year, stories published by the site Shapiro founded, The Daily Wire, received more likes, shares and comments on Facebook than any other news publisher by a wide margin… Even legacy news organizations that have broken major stories or produced groundbreaking investigative work don’t come anywhere close… In May, The Daily Wire generated more Facebook engagement on its articles than The New York Times, The Washington Post, NBC News and CNN combined.”

NPR — which receives a third of its funding from corporate sponsors (and more indirectly through proxies likes its Foundation) as well as federal grant money from the US Department of Education, rendering it the epitome of “corporate-state media” – qualifies as a “legacy news organization” by any metric. 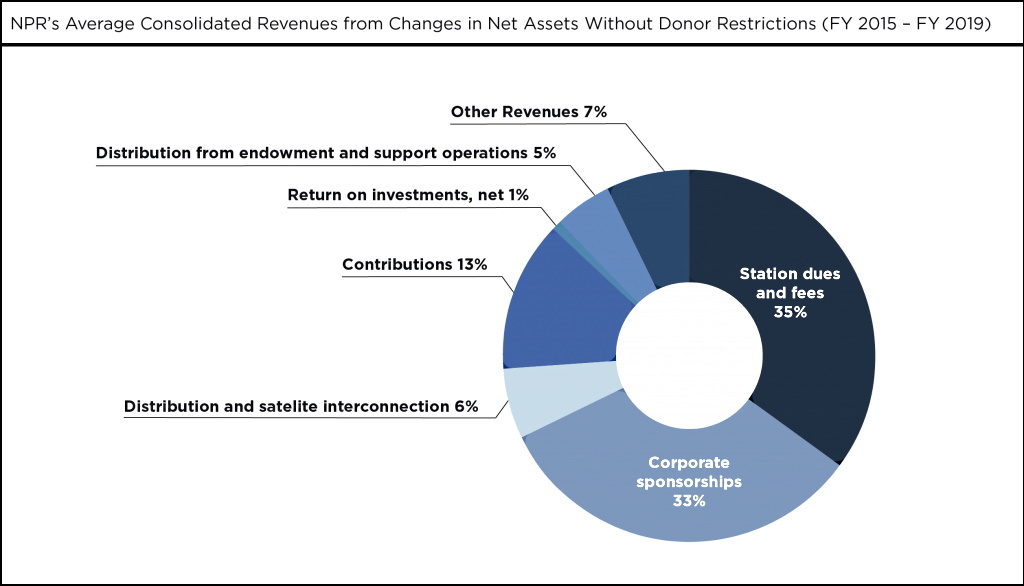 Of course, as propaganda outlets are wont to do, NPR cloaks itself in a veneer of objectivity with its excruciatingly monotone, vanilla-flavored commentary. In this way, rather than being perceived as the pushers of corporate-state narrative that they are, NPR crafts an image of public servants providing a public service out of altruistic concern for the public’s well-being. 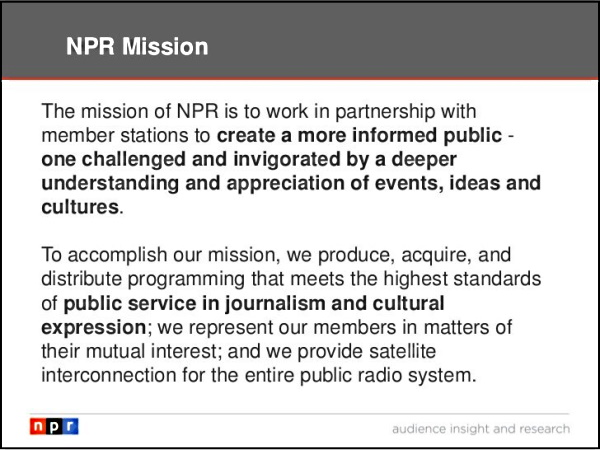 The organization sets itself up, accordingly, in self-righteous opposition to ne’er-do-well upstarts that threaten their self-appointed position as the arbiters of truth.

In this role, the organization (in partnership with other corporate-state enterprises) previously enjoyed a near-monopoly in the dissemination of information to the American public; they had achieved the holy grail of narrative control, a mantle that went mostly unchallenged until the advent of the internet opened up lanes for new voices.

In an attempt to regain the narrative control slipping through its clenched fist like grains of sand, NPR turns, accordingly, to its old friend: cowardly, implied calls for censorship under the guise of combatting “misinformation”:

“The articles The Daily Wire publishes don’t normally include falsehoods (with some exceptions), and the site said it is committed to ‘truthful, accurate and ethical reporting’… But… by only covering specific stories that bolster the conservative agenda (such as negative reports about socialist countries and polarizing ones about race and sexuality issues) and only including certain facts, readers still come away from The Daily Wire’s content with the impression that Republican politicians can do little wrong and cancel culture is among the nation’s greatest threats…

“‘They [The Daily Wire] tend to not provide very much context for the information that they are providing,’ Settle said. ‘If you’ve stripped enough context away, any piece of truth can become a piece of misinformation.’”

Read it again; bask in the absurdity.

Everyone who has written or produced any piece of journalism in human history has left out certain facts. Against the backdrop of the universe – within which literally everything may very well be metaphysically interrelated according to the best estimates of esteemed philosophers and physicists — the mere existence of infinity pieces of interconnected information means that providing a comprehensive “context” by this standard for any bit of information is literally impossible.

In fact, this abomination of an article published by NPR is itself misinformation if judged by its own propositions. Did this story’s author, Miles Park, interview literally every single Daily Wire reader in the world to learn about their individual reception of the information provided? Did Miles check every article ever published by The Daily Wire to frame his story in proper “context”? Did he question every Daily Wire author who has ever written for the site to ask about their writing processes?

Of course he didn’t – so, by his own preposterous standard, he omitted context and, therefore, his finger-wagging article on “misinformation” is itself “misinformation.”

Don’t hold your breath for a retraction from Miles, though.

Here we arrive at the true reason an organ of corporate-state propaganda such as NPR finds its innovative “misinformation” standard attractive: it is unattainable and, therefore, applicable to any media item they disapprove of; it’s a universal, blunt censorship tool. No longer is there a journalistic necessity to sift through individual items for truthfulness anymore; under the new measure, everything is misinformation if it doesn’t clear the impossibly high bar of “total context.”

Overlay this broad definition of misinformation (truth without “enough context”) onto the White House’s recent declaration of war on COVID “misinformation” on social media, and we have the recipe for corporate-state censorship on a 100%-arbitrary basis with no distinct limits – a blank check.

Anything and everything, regardless of its veracity, can now (and will) be labeled “misinformation” as determined by the whim of a technocrat tasked with tossing inconvenient media items down the Memory Hole.

Ben Bartee is a Bangkok-based American journalist with opposable thumbs. Follow his stuff via his blog, Armageddon Prose, Substack, or Patreon.