There have been 101 cases of measles that have been reported in 10 states since the beginning of 2019,1 hardly a public health emergency in a U.S. population of more than 320 million people where 94 percent of school children have received two doses of MMR vaccine and only two percent of children have a vaccine exemption for any reason.2 In what looks like a repeat of the “measles in Disneyland” media feeding frenzy that stampeded California state legislators into eliminating the personal belief vaccine exemption in 2015,3 4 the tiny minority of parents who have made a conscious choice not to give their children every one of the dozens of doses of federally recommended and state mandated vaccines are being once again relentlessly stereotyped, demonized and bullied.5 6 7 8

In what appears to be another well-orchestrated campaign to pressure state legislatures to remove all personal belief vaccine exemptions in the U.S. and further restrict already narrow medical exemptions to vaccination,9 10 11 12 13 forced vaccination proponents are whipping up irrational fear to justify attacking human rights, including freedom of thought, speech, religious belief and conscience.14 15 16 17 18 It is a spectacle unworthy of a nation where human rights19 and civil liberties have been valued since the ratification of the Bill of Rights in the U.S. Constitution in 178920 and the informed consent principle became the anchor for medical ethics after World War II.21 22 23

During this time of discrimination and oppression, the nonprofit educational charity, the National Vaccine Information Center (NVIC), is back up in Times Square with NVIC’s “Vaccinations: Know the Risks and Failures” and “No Forced Vaccination” animated digital message. Displayed on a giant 56 foot by 29 foot electronic screen in the heart of New York City’s Times Square Plaza at 1500 Broadway (where the ball drops on New Year’s Eve), NVIC’s 10-second spot celebrating the human right to freedom of thought and conscience will be broadcast a minimum of three times per hour for 20 hours per day from 6 a.m. to 2 a.m. through April 2019. More than one million people pass through Times Square daily. View the digital ad on NVIC’s referenced Vaccinations: Know the Risks and Failures page on NVIC’s website here.

Founded by parents of DPT vaccine injured children in 1982 to prevent vaccine injuries and deaths through public education, NVIC has steadfastly defended respect for the informed consent principle and its protection in vaccine policies and laws because vaccines are pharmaceutical products that carry a risk of injury or death. More than $4 billion has been paid by the government since 1988 to children and adults who have been harmed by FDA licensed and CDC recommended vaccines under the National Childhood Vaccine Injury Act of 1986.29 Some people are biologically more susceptible to suffering vaccine reactions but doctors are unable to reliability predict who will be harmed before vaccination.30 This fact makes protection of personal belief vaccine exemptions  even more important, as does the fact that Congress and the U.S. Supreme Court have shielded vaccine companies and vaccine administrators from liability for vaccine injuries and deaths.31 32

In a population of more than 320 million people, a few hundred cases of measles is not a public health emergency and should not be used to justify eliminating the legal right to exercise informed consent to vaccination, which is protected by the inclusion of flexible medical, religious and conscientious belief vaccine exemptions in public health laws.33

The human right to freedom of thought, speech, religious belief, conscience and informed consent will be preserved if Americans stand up for human rights that protect against tyranny. Only if we elect and support lawmakers who protect human rights will human rights be protected in government policy and law.

Whether it is in the states, on Capitol Hill or in Times Square, our mission continues: No forced vaccination. Not in America. 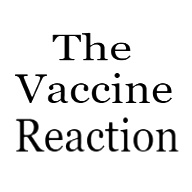 The Vaccine Reaction — an enlightened coversation about vaccination, health, and autonomy — is a free online subscription journal published by the National Vaccine Information Center (NVIC), a 501(c)(3)H nonprofit organization.  Become an e-mail subscriber to the publication here.