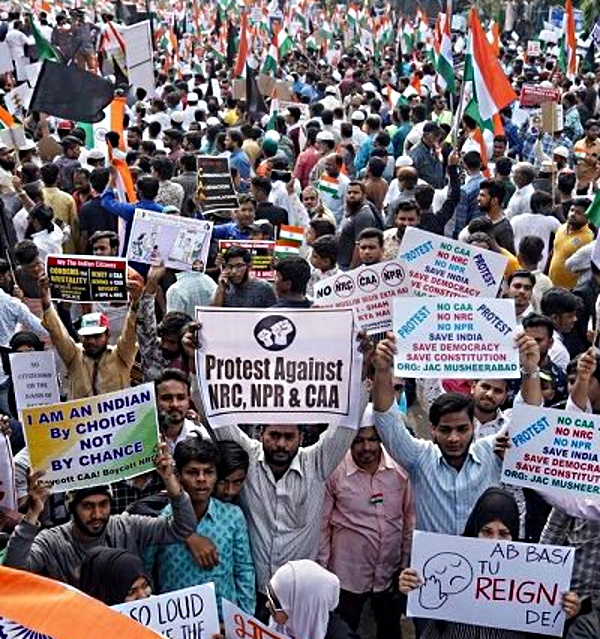 It is now one year since controversial farm bills were passed into law in India in September 2020. The  three bills and the subsequent legislation have triggered a massive 15-month farmers’ protest that has attracted worldwide attention and support.

Farmers, farmers’ unions and their representatives demand that the laws be repealed and state that they will not accept a compromise. Farmers’ leaders welcomed the Supreme Court of India stay order on the implementation of the farm laws in January 2021 which remains in effect. However, based on more than 10 rounds of talks between farmers representatives and the government, it seems that the ruling administration will not back down.

In November 2020, a nationwide general strike took place in support of the farmers and in that month around 300,000 farmers marched from the states of Punjab and Haryana to Delhi for what leaders called a “decisive battle” with the central government.

But as the farmers reached the capital, most were stopped by barricades, dug up roads, water cannons, baton charges and barbed wire erected by police. The farmers set up camps along five major roads, building makeshift tents with a view to staying for months if their demands were not met.

Today, thousands of farmers remain camped at various points on the border. They have been there for nine months throughout the cold, the rain and the searing heat. In late March 2021, it was estimated that there were around 40,000 protestors camped at Singhu and Tikri at the Delhi border.

On 26 January, India’s Republic Day, tens of thousands of farmers held a farmer’s parade with a large convoy of tractors and drove into Delhi.

In September 2021, tens of thousands of farmers attended a rally in the city of Muzaffarnagar in the Indian state of Uttar Pradesh (UP). Hundreds of thousands more turned out for other rallies in the state.

These huge gatherings come ahead of important polls in 2022 in UP, India’s most populous state with 200 million people and governed by Prime Minister Modi’s Bharatiya Janata Party (BJP). In the 2017 assembly polls, the BJP won 325 out of a total of 403 seats.

Farmers’ leaders are now calling for a nationwide general strike on 27 September.

Police brutality, the smearing of protesters by certain prominent media commentators and politicians, the illegal detention of protesters and clampdowns on free speech (journalists arrested, social media accounts closed, shutting down internet services) have been symptomatic of officialdom’s approach to the farmers’ struggle which itself has been defined by resilience, resoluteness and restraint.

But it is not as though the farmers’ struggle arose overnight. Indian agriculture has been deliberately starved of government support for decades and has resulted in a well-documented agrarian – even civilisation – crisis. What we are currently seeing is the result of injustices and neglect coming to a head as foreign agricapital (facilitated by the government’s farm laws) tries to impose its neoliberal ‘final solution’ on Indian agriculture.

A year on from the farm bills being passed into law, readers can access my articles on the farmers’ struggle below, which discuss the significance of the farm legislation, who is behind these laws, who will benefit and who will lose out. They also describe the implications for cultivators and the more than 60% of the nation’s population who rely on agriculture for a living as well as the health, social and economic consequences of displacing an indigenous agrifood system with one dominated by global players.

The farmers’ struggle represents a battle for the heart and soul of the nation and its future.

The illustration that accompanies this article was created by artist Isa Esasi and is based on a photograph by Ravi Choudhary, a photojournalist with the Press Trust of India (PTI), which went viral in November 2020. The original image showed a paramilitary policeman raising his baton and about to bring it down on an elderly Sikh farmer.

Despite claims that the photo was ‘fake’ and attempts to discredit it, not least by Amit Malviya, head of the BJP’s IT cell, India-based Boom, which describes itself as “an independent digital journalism initiative with a mission to fight misinformation”, tracked down Sukhdev Singh, the farmer in the photograph, and interviewed him. The farmer was targeted by two security personnel and he sustained injuries to his forearm, back and leg.

Articles on the farmers’ protest

Colin Todhunter specialises in development, food and agriculture. He is a Researh Associate of the Centre for Globalization in Montreal.