There is great evil being perpetrated by Washington D.C. here and around the world.

A persistent terrible hate for life, liberty and humanity arrived on little cat feet and has taken over our country.  This did not begin with Trump, but sadly it also is not going to end with him either.

Instead he brought in neoconservative king-makers and warmongers, and allowed their influence to grow disproportionately, while his co-dependents in the other party facilitate the agenda of death.

The criminal pursuit and indictment of Wikileak founder, Julian Assange is the proof in the pudding.   The 40 page criminal complaint contains a lot of detail but not much crime.  In fact, the “crimes” are more like descriptions of how journalism is done in the information age, if it is true that the job of journalism is to tell the stories, name the names, and state the facts that governments don’t want told, named or stated.

In a normal world, none of this is worth much energy or attention.  There is very little legally here to work with, and success so far on the part of the US Government has been solely via a reliable judge in the Eastern District Court of Virginia, and other people’s money and other people’s governments, beholden or paid by the US.

But in the world that exists today, we see these overblown aggressive tactics and we can feel the excitement, the goosebumps and the hot necks of the FBI and CIA suits as they make their bones.

Chelsea Manning is back in prison, ordered back into solitary.  She is not the person she was after years of torture, isolation and chemical interrogation.  Ironically, her cognitive function as a result of her previous treatment is likely to render any future interrogation useless in court, legally and practically.  She received the Jose Padilla treatment, albeit refined by some years of USG practice.  Her resultant mental malleability may have produced the ideal Soviet Amerikan Woman.

The US appears to be a nation of laws, and yet, we absolutely are not.  One of many lessons and perspectives we gain from the study of Julian Assange is just that.  US political influence and debt-funded largesse resulted in Assange’s ejection from the Ecuadorian Embassy into the UK prison for terrorists in Belmarsh.   US domestic corruption and misreading of the Constitution produced his indictment.

Furthermore, US government employees, from the DoD, FBI and the CIA have been interviewing Assange in Belmarsh Prison, prior to any extradition decision.

Interviewing is the wrong word.  I’d like to say doctoring him, because it would be more accurate, except that word implies some care for a positive outcome.  Chemical Gina has her hands in this one, and we are being told that Assange is being “treated” with 3-quinuclidinyl benzilate, known as BZ.  What BZ does, from the New Yorker:

“Exposed soldiers exhibited bizarre symptoms: rapid mumbling, or picking obsessively at bedclothes and other objects, real or imaginary. “…The drug’s effect lasted for days. At its peak, volunteers were totally cut off in their own minds, jolting from one fragmented existence to the next. They saw visions: Lilliputian baseball players competing on a tabletop diamond; animals or people or objects that materialized and vanished. ….

Soldiers on BZ could remember only fragments of the experience afterward. As the drug wore off, and the subjects had trouble discerning what was real, many experienced anxiety, aggression, even terror. Ketchum [Dr. James Ketchum, DoD Edgewood Arsenal, MD] built padded cells to prevent injuries, but at times the subjects couldn’t be contained. One escaped, running from imagined murderers. Another, on a drug similar to BZ, saw “bugs, worms, one snake, a monkey and numerous rats,” and thought his skin was covered in blood. “Subject broke a wooden chair and smashed a hole in the wall after tearing down a 4-by-7-ft panel of padding,” his chart noted. Ketchum and three assistants piled on top of the soldier to subdue him. “He was clearly terrified and convinced we were intending to kill him,” his chart said.

One night, Ketchum rushed into a padded room to reassure a young African-American volunteer wrestling with the ebbing effects of BZ. The soldier, agitated, found the air-conditioner gravely threatening. After calming him down, Ketchum sat beside him. Attempting to see if he could hold a conversation, Ketchum asked, “Why do they have taxes, income taxes, things like that?”

The soldier thought for a minute. “You see, that would be difficult for me to answer, because I don’t like rice,” he said.”

BZ is an interesting drug, certainly not the only one used by the US government, but one of them.

Why give it to Assange?  What do they want from him?  Is it truth they seek, or more information, or is this whole farce something more like obsessive retaliatory rage at feeling powerless, as the world laughed at US State department memorandums and became angry at the idiocy and hate demonstrated by US soldiers 15 years ago.  Or maybe something more sinister – that they need Julian Assange psychologically and physically drawn and quartered because he revealed state corruption and weakness?   Is it because to the state this is the war, the real war it always fights, a war with the rest of the population for its very survival?   Or is Ray McGovern on to the real reason the deep state wants to destroy him?

It is difficult to know if the state is more sociopathic or more psychopathic.  What US government employees and/or contractors are currently doing to Julian Assange, and those who may have used Wikileaks as a journalistic avenue, may indicate it is the latter.  Torture, isolation, brutality, and the use of psychotropic drugs during interrogations and hiding this from the defendant’s own lawyers by denying them access — this is Lubyanka in the 1950s, not London and DC in 2019.

Allow me to get to the point.  The latest word I have received from England is as follows:

“[Julian Assange] is presently under close observation in prison hospital because he has suffered ‘severe transient psychotic episodes.’ My source(s) indicate these episodes occurred after two sessions of coercive interrogation at the hands of UK and US officials. The source(s) stated the HUMINT interrogators used psychotropic drugs in the course of the sessions.”

There are no words.  Nothing can be said.  2 plus 2 does equal 5.  The FBI is our own special Cheka.  The CIA Director’s hands are wet and her organization does not serve American values.  Rather than choosing to stay secretive for national security, the modern CIA must stay secretive in order to survive, because it has become functionally illegal.  Our president, who puts America first, is putting American values last, even as he tweets his concern for freedom of speech.

The agenda is to destroy Assange as a human being, and they may well succeed.  In doing this evil deed, in all of our names, America herself – whether we put her first, last, or somewhere in the middle – will have dug her own grave. 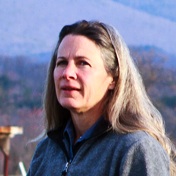