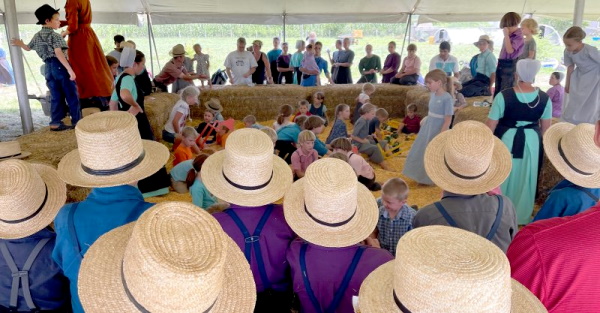 Robert F. Kennedy, Jr., chairman of Children’s Health Defense, spoke on July 31 to a packed audience at an Amish country fair in Lancaster, Pennsylvania, on a range of topics, including technology in modern society, how he came to work on vaccine safety, and CHD’s mission and latest projects.

Kennedy talked about vaccine safety and the Amish community. Despite pressure from health officials, most members of the community do not vaccinate. For that reason, Kennedy said, they serve as a unique control group versus vaccinated Americans, who suffer from an epidemic of chronic disease.

Kennedy discussed the work of investigative reporter Dan Olmsted, who in 2005 published a series of articles for UPI entitled, “The Age of Autism.” Olmstead reported the autism rate at the time among the Amish was 1 in 15,000 compared with 1 in 166 for the general population. (The Centers for Disease Control and Prevention’s current estimate is 1 in 54, and for boys, 1 in 34).