Rights Are Not Gifts From Government: 13 Essential Quotes on Liberty

Home / Featured / Rights Are Not Gifts From Government: 13 Essential Quotes on Liberty

“Thomas Paine called them “imprescriptible rights.” Richard Henry Lee said they came from the “law of nature.” Jefferson reminds us that free people “claim their rights.”

In short, they understood these as NATURAL RIGHTS.

If you’re like me, it absolutely makes your skin crawl when you hear people refer to their rights by amendment number.

Because, as John Dickinson put it in 1776, “Our liberties do not come from charters, for these are only the declaration of pre-existing rights.”

This is a message I believe is so incredibly important to cover – again and again and again. Because as long as people continue to incorrectly refer to their rights as being “granted” by a document – then those who claim the power to “define” them will continue to restrict and attack them.” ~ Michael Boldin

Rights are not gifts from government: 13 Essential Quotes on Liberty

Thomas Paine called them “imprescriptible rights.” Richard Henry Lee said they came from the “law of nature.” Jefferson reminds us that free people “claim their rights.” But the founders and old revolutionaries didn’t create the notion of natural rights, it was a long part of the American tradition well-before the Declaration of Independence.

The Rights of the British Colonies Asserted and Proved

A Dissertation on the Canon and the Feudal Law

The Rights of the Colonists

Novus Ordo Seclorum: The Intellectual Origins of the Constitution

This is the first major interpretation of the framing of the Constitution to appear in more than two decades. Forrest McDonald, widely considered one of the foremost historians of the Constitution and of the early national period, reconstructs the intellectual world of the Founding Fathers—including their understanding of law, history political philosophy, and political economy, and their firsthand experience in public affairs—and then analyzes their behavior in the Constitutional Convention of 1787 in light of that world. No one has attempted to do so on such a scale before. McDonald’s principal conclusion is that, though the Framers brought a variety of ideological and philosophical positions to bear upon their task of building a “new order of the ages,” they were guided primarily by their own experience, their wisdom, and their common sense.

In Federalist Number 46, James Madison insists that Americans would never be crazy enough to fund a federal government that was destroying rather than protecting their property. Madison promised his readers that his countrymen would never watch while the storm clouds of tyranny gathered and grew darker, much less stand by while a deluge of despotism drowned themselves and their posterity.
Sorry, Mr. Madison, but we are just that lazy and just that crazy!
Just in case his worst-case scenario should come to pass, though, Mr. Madison left us with an inventory of “powerful” weapons that he said states would have “at hand.”
“What Degree of Madness?” chronicles how we got in our current condition and how we can still deploy the weapons Madison catalogued to Make America STATES Again!
And, if we are diligent, we will finally force the federal beast back inside its constitutional cage! 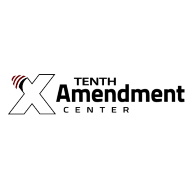 The Tenth Amendment Center works to preserve and advance liberty through information, education, and activism. The Center serves as a forum for the study and exploration of constitutional issues, and a leading source of on-the-ground activism supporting actions to restore the Founders’ vision.