Are you willingly going to accept the mark of the beast or will you stand up and resist it at all costs?

(INTELLIHUB) — A Rockefeller Foundation white paper released in late-April reveals a dastardly plan that once adopted by state governments will require all Americans to be inoculated for COVID-19 at which point they will then subsequently be assigned a tracking number and tag which will reflect their current antibody status in order for them to be able to work, attend school, make use of shared or public transportation, attend movies, concerts, sporting events or purchase tickets and if that’s not enough to make you sick the plan entails hiring an army of 300,000 COVID Community Healthcare Corps workers to carry it all out.

The white paper titled National Covid-19 Testing Action Plan: Pragmatic steps to reopen our workplaces and our communities plans to sell the sinister plot to the “private and public sector leaders across the country, and of individual Americans” by telling them that “they and their loved ones will be safer when we begin to return to daily life” forcing them to give up their freedoms for a false sense of security.

The plan, which is nothing more than a pretext to roll out the mark of the beast, insists it’s “bad news” that the United States is not conducting enough coronavirus testing on a weekly basis and insinuates it’s “good news” that the government will eventually have the tools needed to contact trace, tag, and track its populace.

“This will be a delicate balancing act,” the white paper states. “Reopening the economy will be most successful if we move decisively to both increase testing capacity and optimally deploy testing supplies.”

You see, the true architects of this plan are the men and women behind the proverbial curtain who ultimately want to see a fusion of government, business, philanthropy, and the public thus allowing the last few steps of their New World Order control grid to be stitched together so they can once and for all separate the serfdom from the ruling class.

Step 1 of their plan is to scale-up COVID-19 testing capacity which according to the architects will provide “reassurance” to the general public until a vaccine is developed and rolled out. This is how they will buy time. Testing, testing, and more testing. They want to wear out the American people and exhaust all their resources using extended lockdowns as a means to weaken the general public.

“… over the next eight weeks, the country could conceivably get to the point where 3 million people–roughly one percent of the population–are tested weekly,” it reads. “It is a level that, combined with vigorous contact tracing, would allow crucial parts of the economy to restart”

Step 2 of the plan calls for the establishment of a COVID Community Healthcare Corps comprised of up to 300,000 workers capable of testing millions of people on a weekly basis.  Government grant money will be used to entice prospective workers to join the corps much like Adolph Hitler’s Schutzstaffel which was spawned from a smaller guard unit known as the Saal-Schutz.

The Rockefeller Foundation white paper maintains that “some privacy concerns must be set aside for an infectious agent as virulent as Covid-19” which is how they intend to move in for the kill on a nationwide scale.

“The loss of privacy engendered by such a system would come at too high of a price if the arrival of a vaccine early next year was a certainty… but vaccine development and manufacture could take years, and when it comes certain populations may be excluded from receiving it for health reasons,” their scheme states.

The mark of the beast

From the Rockefeller plan:

Those screened must be given a unique patient identification number that would link to information about a patient’s viral, antibody and eventually vaccine status under a system that could easily handshake with other systems to speed the return of normal societal functions. Schools could link this to attendance lists, large office buildings to employee ID cards, TSA to passenger lists and concert and sports venues to ticket purchasers. Such connections should be made in a way that protects personally-identifying information whenever possible. For example, accessing the viral and antibody status of an individual can be done by using a cryptographic hash of an individual’s private information without actually sending any personally revealing details.

This infection database must easily interoperate with doctor, hospital, and insurance health records in an essential and urgent national program to finally rationalize the disparate and sometimes deliberately isolated electronic medical records systems across the country. Analytics across myriad platforms must be operationalized so that population-level health information can be used to identify at-risk populations, perform contact tracing, facilitate decision support, and evaluate interventions for effectiveness.

There you have it, the powers-that-be plan to implement a no buy/sell/attend policy for those without antibody tracking. This is the mark of the beast, plain and simple.

Step 3 of their scheme is to create a data commons and digital platform that will eventually link all Americans to a nexus based Skynet-like system that will ultimately be integrated with artificial intelligence (A.I.).

There is a need to develop a real-time common data-sharing platform to better understand available testing capacity. This could take the form of a state-by-state heat map of laboratories to help governors and other elected officials make informed decisions on how to allocate scarce resources. States should be encouraged to use a common platform, as there are multiple competing platforms in place, limiting the effectiveness of existing data. This should be done in partnership with the National Governors Association. To further encourage the uptake of this data commons, a set of compelling use cases should be put forward for how certain states have optimized data and its impact on curtailing the impact of Covid-19.

Marrying much of this information into easy-to-understand dashboards to improve decision-making by both public and private sector leaders will be an ongoing challenge as a flood of data threatens to create a thickening fog of information. Such a platform should allow users to integrate multiple datasets on the fly, model interventions, and track disparate impact on minority communities.

Platforms and apps can be used not only to identify emerging hot spots but also for developing and operating back-to-work predictive models. Such models can help make decisions about which regions at which times should move from shelter-at-home to work, and, as necessary, back to shelter-at-home again.

Additionally, they are all set to roll out tracking and tracing apps which they plan to entice the general public into using by offering incentives this way that the program will not be perceived as forced but will rather be perceived as voluntary. However, if need be they will force the issue by either ramping up media propaganda or by making it mandatory altogether in the name of the invisible enemy known as COVID-19.

Ladies and gentlemen, when the New World Order is upon us how will you react? Are you willingly going to accept the mark of the beast or will you stand up and resist it at all costs? The choice is yours but just remember what you choose to do may drastically affect not only your life but the lives of future generations to come. 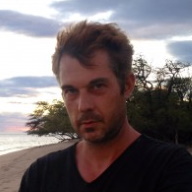 Intellihub is a grassroots, independent, news agency built from the ground up by its Founder, Director, and Editor-In-Chief Shepard Ambellas.

Ambellas is best known for producing and directing the documentary film “SHADE the Motion Picture,” and his regular appearances on Coast To Coast AM, The Alex Jones Show, and the Travel Channel Series “America Declassified.” Ambellas’s work is featured in a variety of news publications worldwide, including the Drudge Report, Infowars, ZeroHedge, the London Guardian and others.

Connect with Shepard Ambellas at https://www.intellihub.com