In a conversation with UK journalist Ian Crane today, shortly after his appearance at Southwark Crown Court this morning, David Noakes, CEO, Immuno Biotech, reported that the court had demanded further accounting of his assets with apparent intent to further strip him of all economic latitude.

In fact, says David, “They want to make absolutely certain I have nothing left because of course if I have nothing, I can’t make GcMAF anymore which is the exercise–the entire exercise is aimed at preventing GcMAF from ever hitting the public.”

As many know, David Noakes has been the subject of long-running persecution by the MHRA (Medicines and Health Products Regulatory Agency in UK/equivalent of FDA in US) following their forced and unsubstantiated shutdown of his company which had been successfully treating cancer patients and autism sufferers with GcMAF, a naturally-occurring bodily human protein intrinsic to the immune system which can be manufactured externally for those with compromised immune systems.

The powerful possibilities for a natural cancer cure inbuilt into the human body’s defense mechanism which GcMAF embodies is what the MHRA and the pharmaceutical industry it protects is frantic to keep hidden from the larger British, European, American and world public, David Noakes has stated earlier, citing the huge profits currently made by the chemotherapy industry, which would conceivably collapse overnight were GcMAF, a low-cost supplement, made available to all chemo patients.

This indeed is what David Noakes recommends, that people petition the NHS to put GcMAF into British hospitals, and similarly ask Congress to put GcMAF into American hospitals, in order to save lives, not just from cancer, but many other diseases and conditions it has shown a positive effect on, such as autism.

However, in peculiar opposition to the objectives of curing people from chronic and debilitating diseases, the FDA has shut down GcMAF manufacture in the US, and the MHRA has shut down GcMAF manufacture in the UK. Worse, in June 2015, a prominent doctor and researcher who had worked with David Noakes and successfully treated 3000 autistic children (as covered here earlier), Dr. Jeffrey Bradstreet, was shot dead, one day after his office was raided, while on a drive through N. Carolina, his body found face-down in a river, with much frenetic mainstream media coverage professing his death was a suicide. 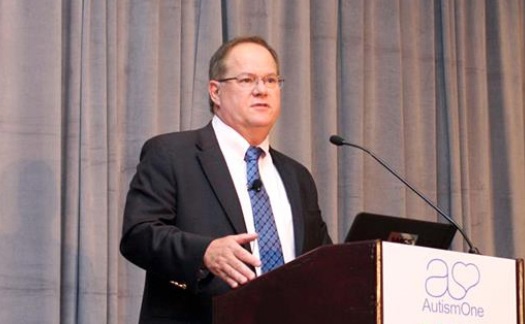 The phenomenal success in treating autism Dr. Bradstreet had achieved along with Immuno Biotech — David Noakes reports that “60% of non-verbal autistic kids were cured in one week flat with an ultrasound probe held on the brain for 5-10 minutes after the GcMAF was administered” — was built on his keen research and studies of Nagalase levels in autistic children, noted online at many health sites including Age of Autism and AutismWeb (and covered here earlier). 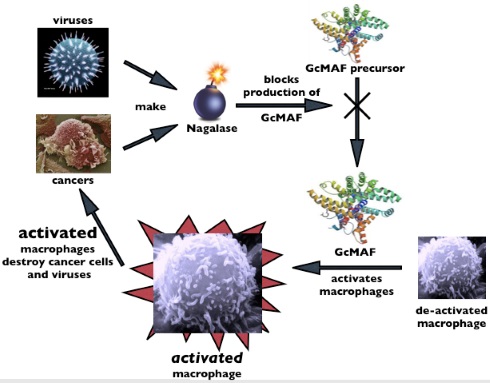 Ian Crane notes that Dr. Bradstreet was one of a hundred and two holistic doctors shot dead in the USA in recent years, all by an assassin with a gun, many of them well-known and highly reputable, who had been having great success in treating patients with naturopathy, homeopathy, and other natural means.

Standing Conflict of Interest in MHRA

Clear evidence of conflict of interest (covered here earlier, and here) can be traced to the overt ties of FDA and MHRA regulators to pharmaceutical industry, where most in top positions have held senior positions in drug companies. Protecting the profits of the drug companies then becomes a key role of the FDA and MHRA regulators. The emphasis has switched from public safety to private profit-protection.

David Noakes points out that while the mandate of the MHRA was to “protect the British people from the 1.8 trillion dollar pharmaceutical companies and their chemical drugs that kill, actually what they do now is they protect the profits of the big pharmaceutical companies and kill 200,000 English people every year when of course this is actually a part of the Codex Alimentarius agenda — for the corporatocracy to completely eradicate all natural healthcare and all natural foods at the same time so condemning people to lives of certainly substandard health.”

The Codex Alimentarius, a joint FAO and WHO globalist plan to control world food, supplements, additives, and medicines, has not gone away in 2019–Scott Tips, Head of the National Health Federation reports on their faulty use of “scientific consensus” in their July 2019 meeting in Switzerland–and is part of the Agenda 2030 and Agenda 21 to forcibly and feudalistically impose a draconian “Order” on the world through beneficial-sounding goals of sustainability and health, as explained by writers Daisy Luther of The Organic Prepper here and Chantal Bocaccio of The People’s Voice here.

Notably, as David Noakes points out, the Codex Alimentarius will dictate and destroy livelihoods and health of all people worldwide in its bulldozing strides to fully take down natural healthcare, which intent can also be seen in the MHRA’s frenzied suppression of GcMAF from the British public,

David Noakes relays how his wife Lorraine Noakes’ bank accounts have been seized and how a wrongful figure of three hundred and fifty thousand has been attributed to her personal balance.

This appears to be part of the overall false-attribution scenario facing David as well, who says the judge was unable to move further against him for a few salient reasons, including the fact that he was representing himself in court, and that he had sent an email earlier this week to the court, denying the judge and court jurisdiction by pointing out the perjuries committed by the MHRA and the French OCLAESP against him and Lynda Thyer.

These perjuries include attributing wrongful balances — in the millions — to his and Lynda Thyer’s bank accounts — 11 million Euros, later corrected, after two years, by English Judge Supperstone to 11 thousand; duplicitously stating no scientific studies, reviews, or trials had been done on GcMAF when 150 papers have been written by 300 scientists, and when 1180 papers can be found on Google Scholar; duplicitously stating GcMAF needed licensing and regulation when it was a naturally-occurring bodily protein; and in duplicitously stating he had paid no taxes at Guernsey where his office had been, when he had indeed overpaid taxes there.

Each of these perjurious statements have been employed to level fabricated UK and French allegations against David Noakes and Lynda Thyer of terrorism, money-laundering, tax-evasion, and unlicensed use or sale of unregulated substances; the “11 million Euro” perjury has procured for Judge Gadaud an European Arrest Warrant on which Lynda Thyer was forcefully extradited and incarcerated in France.

The involvement of the French court and Prosecutor itself being highly suspect, since no GcMAF manufacturing or business had been conducted by them in France, says David, on the occasional holidaying weekends they had spent there at a rented home. Yet the Prosecuteur invented nine false charges against him, and against Lynda Thyer.

David Noakes reports that he informed the judge that Lynda Thyer, “an innocent woman who is in a French jail put there by the MHRA is still on hunger strike after two months and has now attempted suicide twice and she almost certainly will not see the new year since the MHRA will almost certainly kill her by Christmas — but that’s no problem for them they kill 200,000 people a year so what does one more matter?”

An emergency appeal podcast and article was published here this week; members of the public are being asked to make a call to the British consulate in France or to local MPs to ask for Lynda Thyer’s immediate release from jail and from this wrongful prosecution and extradition based on perjury by the MHRA, the UK courts, and the French OCLAESP and French courts.

David Noakes’ report to Ian Crane is below:

Related: Free the Innocent Lynda Thyer from a French Prison 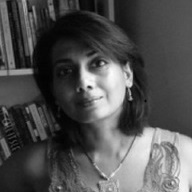 Ramola D is creator of The Everyday Concerned Citizen, a site for the everyday working person to easily get info & take online action in the ongoing campaign to revive & restore the USA, democracy, & world.  Ramola D’s  focus as a journalist covers matters of secrecy, surveillance, intelligence, security, defense, 21st-century science and technology, neurotech/nanotech, ethics, and human rights. Ramola is an investigative member of the international all-women Joint Investigation Team (JIT).