Salt & Water Cure: How to Take Both, in Adequate Amounts, the Right Form, and at the Right Times

Home / Health & Healing / Salt & Water Cure: How to Take Both, in Adequate Amounts, the Right Form, and at the Right Times

Salt & Water Cure: How to Take Both, in Adequate Amounts, the Right Form, and at the Right Times

I have been feeling extremely exhausted lately, though I am in a very beautiful, and peaceful place on earth: Almuñécar, Spain, (where I wound up by way of not having the energy to transport to Malaga to fly back to the US on the appointed date; More on this soon.)

I love Barbara O’Neill, and was happy when YouTube’s algorithms offered me this video. I also am a devotee of the late Dr. Fereydoon Batmanghelidj, (Dr. B) and am known to tell people to drink two glasses of water at the first sign of many a symptom. It works, when people listen. Headaches, dizziness, migraines, allergies—always offer people two glasses of water, and witness what happens.

I just took two dabs of seat salt and a glass of water. Energy lifted, sadness decreased. I found I had the energy to write and post this.

I believed I was “drinking enough water” but maybe not by the standards of being in Andalucia in July. The next thing I am wondering is whether one can collect and drink small amounts of seawater, to balance minerals.

Here’s some biographical background on Dr. B, whose untimely death certainly left many of us wondering:

”Fereydoon Batmanghelidj, M.D., an internationally renowned researcher, author and advocate of the natural healing power of water, was born in Iran in 1931. He attended Fettes College in Scotland and was a graduate of St. Mary’s Hospital Medical School of London University, where he studied under Sir Alexander Fleming, who shared the Nobel Prize for the discovery of penicillin.

Dr. Batmanghelidj practiced medicine in the United Kingdom before returning to Iran where he played a key role in the development of hospitals and medical centers. He also helped establish sport projects for youth in Iran, including The Ice Palace in Tehran, the first ice skating and sports complex in the Middle East.

When the Iranian Revolution broke out in 1979, Dr. Batmanghelidj was placed in the infamous Evin Prison as a political prisoner for two years and seven months. It was there he discovered the healing powers of water. One night, Dr. B. had to treat a fellow prisoner with crippling peptic ulcer pain. With no medications at his disposal, Dr. B. gave him two glasses of water. Within eight minutes, his pain disappeared. He was instructed to drink two glasses of water every three hours and became absolutely pain free for his four remaining months in the prison. Dr. B. successfully treated 3,000 fellow prisoners suffering from stress-induced peptic ulcer disease with water alone. While in prison he conducted extensive research into the medicinal effects of water in preventing and relieving many painful degenerative diseases.”

My father was an admirer of Dr. B. and had him on his show many times, as well as the man who continued spreading the gospel of water Dr. B discovered in Evin prison, Bob Butts.

Look what Dr. B wrote about “HIV” decades ago: 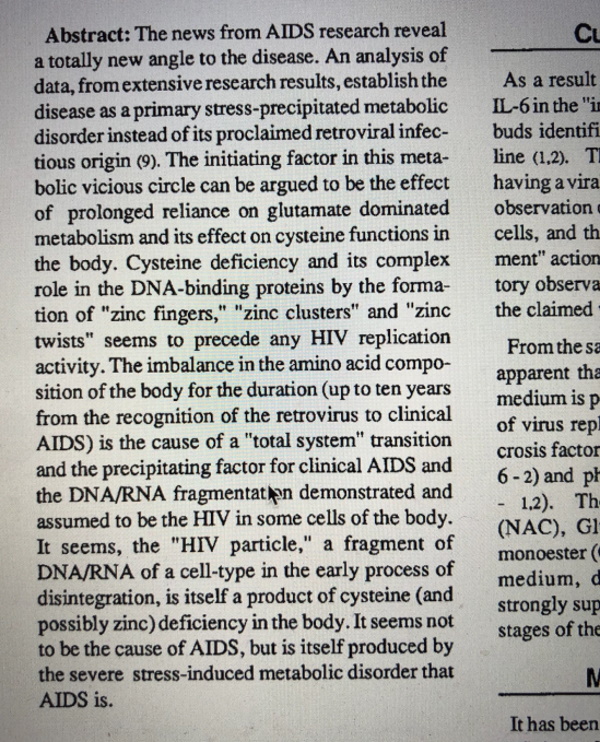 A minor note, about his lovely name, which may have kept him from becoming what we call a “household name—” I think it’s pronounced “Bat-Man- Getty.”