Something Big Is in the Works, Bilderberg 2018 Decoded

Home / World Watch / Something Big Is in the Works, Bilderberg 2018 Decoded

In this video, Luke Rudkowski of WeAreChange gives you the latest in Turin Italy At Bilderberg 2018 with journalist Charlie Skelton who has written for publications such as The London Guardian And Newsweek. Charlie helps decode what is really going on at the most secretive conference of power players in the world. 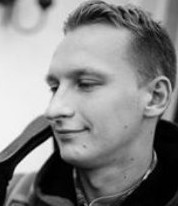