“You’re Here for Freedom, Not to Rip Down a Fence”: Protesters Gather at GraceLife Church

A massive Sunday protest at the site of GraceLife Church resulted in outside agitators pulling down the fence that currently walls off the property, before other protesters put it back up.

This weekend marked the first Sunday since the government of Alberta seized control of and forcibly occupied the property of GraceLife Church, west of Edmonton. Approximately 1,000 people protested the government overreach against the church on the road in front of the heavily fortified property, where dozens of armed RCMP and private security from Paladin remain staged behind three layers of fencing.

After protesters pulled down the fence on Sunday, RCMP riot teams were brought in and staged, but not deployed on the crowd. Earlier in the protest, hymns were sung and prayers were offered that government officials and the police would have a change of heart and return the property to GraceLife. As the fence came down, many protesters chanted to the others, “leave the fence alone.”

GraceLife was first issued a closure order by Alberta Health Services in January for failing to comply with the public health orders that limit church capacity to 15 per cent of fire code, force congregants into masks, prevent singing and the playing of instruments and mandate social distancing. The church says this is a violation of their fundamental freedom to practice their religion and has remained open, defying restrictions and holding services to a capacity crowd week after week. GraceLife drew international attention after Pastor James Coates turned himself in to provincial authorities for failing to comply with public health orders, and spent 35 days in custody at Edmonton’s maximum security Remand Centre.

At the time of the protest, most of the GraceLife congregation, along with Pastor Coates, were holding services at an undisclosed location off-site. They’ve gone underground, like Christian churches in China, to avoid the scrutiny of the state.

The congregation of GraceLife could have pulled the fence down at any time. They haven’t. For the congregation at GraceLife, it’s never been about the building or the property. They are the church, wherever they are, as long as they’re together in person.

What GraceLife wanted from the very beginning of their showdown with the government was to be able to gather together in person, unrestricted by the province and the health bureaucracy the Alberta government oversees. That’s why Pastor Coates was willing to go to jail. That’s also why Pastor Coates remained in jail, morally unable to comply with bail conditions that would force him to restrict his congregation to 15 per cent of fire code capacity.

This is a fight the government cannot win. 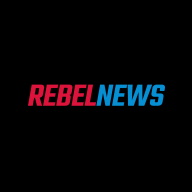