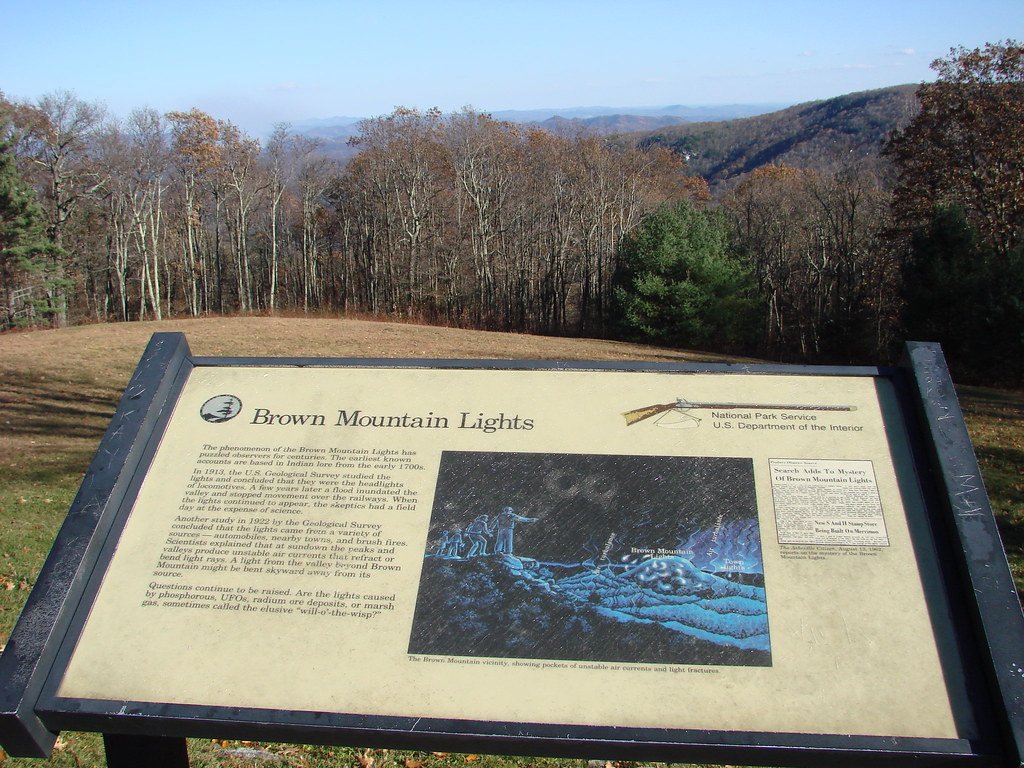 What are “paranormal experiences”? I don’t really understand the term anymore, it’s used to describe events and experiences that are out of the ordinary, it implies that these events are not ‘normal.’ It’s almost 2019, and more people are starting to become aware of the fact that “paranormal” experiences are actually quite normal, quite common, and well documented throughout history. We have evidence in the form of video footage, pictures, and actual physical evidence from several different supposed events. Not only that, ‘paranormal’ discoveries have been the subject of rigorous investigations by governments and researchers around the world. The ‘Stargate’ program in the United States, for example, was one that studied these experiences in order to use them for intelligence purposes, and they worked. Here’s a great example from the Central Intelligence Agency’s electronic reading room about an individual who was able to move solid objects through solid barriers, by simply using his mind. You can read more about that, in-depth, here.

We live in a strange world, one in which we don’t quite understand and for the most part, we still shy away from and label findings in the paranormal world as different, not real, pseudoscience or the stuff of imagination. Humanity has a long history of not accepting certain phenomena based on the fact that it may shatter a few of our long-held and ingrained belief systems, wherever they may come from. We also have a long history of phenomena not being acknowledged to protect certain interests. The UFO issue is a great example, where suppression, although kept secret for multiple reasons, is kept due to the new energy and propulsion systems that could come from it.

The story that’s the topic of this article is no different, it will definitely shatter your belief systems if you’re not into this stuff, but if you are, you probably won’t be surprised, especially given the fact that the experience took place at Brown Mountain, North Carolina, which is a place full of stories similar to this one.

Brown Mountain is known for what’s now become known as the “Brown Mountain Lights.” They represent a series of strange lights in the form of multiple colours that are often spotted near or on Brown Mountain. The lights can be seen from multiple spots, there was also help from the city of Morganton (North Carolina) via building an overlook on North Carolina highway 181. They are fairly well known…

Below is one of many pictures and pieces of footage that’s been floating around out there for a very long time. Here’s a good blogging website where citizens have also posted more information and resources. 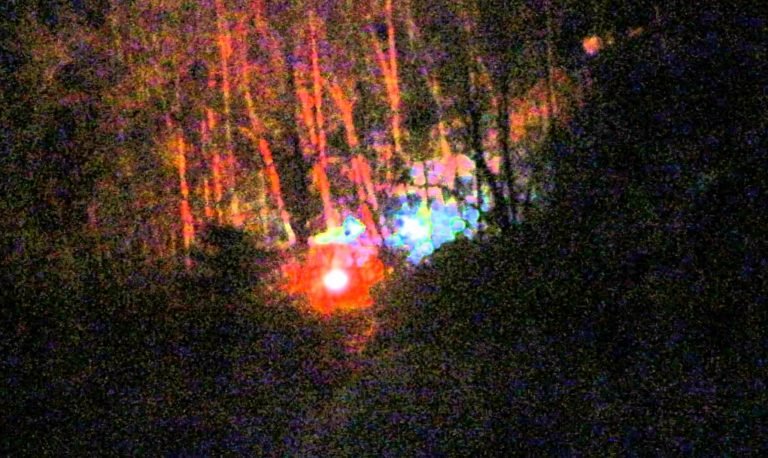 A website based in North Carolina who takes interest in this lore explains it quite well:

Brown Mountain is a low ridge in Burke County that, during dry, crisp evenings in the autumn, is host to a genuine and baffling mystery. When conditions are right, mysterious glowing orbs can be seen to rise up off the mountain, hover and wobble about fifteen feet up in the air, and then disappear. There’s no denying that the lights are real. They have been observed by countless witnesses and photographed on many occasions. But what they are is still unknown.

The Brown Mountain Lights have been observed for centuries, and multiple legends have arisen around the phenomenon. The Cherokee were aware of the lights, and according to some accounts claimed that the lights were the souls of Cherokee women searching for their men who had died in a great battle between the Cherokee and the Catawba that took place on Brown Mountain. Another legend says that the lights are the the ghostly echoes of lights that appeared during a search for a murdered woman in the 19th century.

The common theme this site doesn’t seem to include is extraterrestrial or extradimensional.

Below is a video that was taken from Scientists at Appalachian State University, who caught the phenomenon on camera as well. Researchers captured these glowing lights simultaneously by two time-lapse digital video cameras near the mountain, which is located just north of Morganton. The cameras are operated by Daniel Caton and his colleague Lee Hawkins, of the physics and astronomy department at Appalachian State.

The lore of Brown Mountain is filled with so many stories, real stories, from real people, that it’s surprising how little well known it still is.  As far as the lights go, there are many different explanations that have come forth. Everything from extraterrestrial to interdimensional, to ghosts and more.  Skeptics have suggested that they are headlights from automobiles from the valley below, but the lights have been observed for more than one hundred years. If you look up pictures, videos and stories about the phenomenon, you’ll see how ridiculous the headlight explanation is. Some have suggested that the lights could be a naturally-occurring electrical discharge caused by the geological fault line below the mountain.

Below is  Charles Braswell Jr. (right) who shows Carl White a photo taken of the Brown Mountain Lights. White is the host of the show, “Life in the Carolinas.” 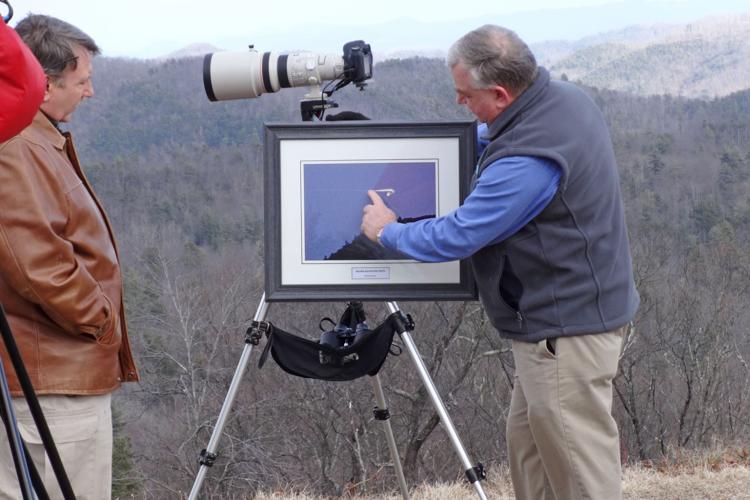 One Experience (out of many) On Brown Mountain

This story was shared last year by a YouTuber who has a channel called “Insane Disappearances.” This man has done a lot of research into missing persons inside of National Parks. Himself and other researchers in the field describe many similar strange findings that all of these experiences have in common. He managed to conduct an interview with a person who chose to remain anonymous, due to fear. After her experience (she was also with two others), she explains how she was harassed by police as well as park authorities, asking to confiscate the pictures and the video footage she took. She kept receiving calls on a regular basis from authorities asking her about her experience, and on multiple occasions, authorities emphasized how it was a long day, she was dehydrated and simply hallucinating.

I don’t usually share stories that comprise simply of witness testimony, but after listening to this woman’s story, seeing the pictures and watching her videos of her experience, it really resonated with me and really came across in an extreme genuine fashion. The way she was telling it just makes me believe this is a genuine person who actually had a strange experience. What was also interesting to note was her urgency in getting the pictures as well as the videos up online for public access before they could be taken away from her.

The story starts off with the woman hiking with her friends. All of a sudden, her friends instantly disappeared from the trail, but everything else remained the same. She started to look for them and began to experience strange things, like the path shifting, noticing water streams in an area of the mountain where she was sure there were no streams. She heard strange noises, and captured shots of a strange orange glowing orb that appeared to follow her. She also claims that sometimes, this apparition took on the form of a humanoid looking being. Her friends also had unique experiences as she did, and when they eventually came out of the situation, they compared notes, pictures, footage and stories…

As the day progressed, I kept feeling like, almost like the forest was kind of re-arranging itself around me. I swear that I turned directly behind me but the trail would be different… I also kept hearing things and weird whooshing of air… I kept seeing what looked like these bright orange colours that were, I don’t know if they were following me…

If you have an open mind this is the place to be. Join me, become intrigued as I case-read the four hundred and eleven baffling unsolved cases about hundreds of random people from clusters all over the globe who mysteriously vanish without a trace and are either never seen again or found hundreds of miles away from their last known location; deceased under weird circumstances. Todays episode is a validations interview that will answer all your questions about what happens to people who venture into our national parks to never be seen or heard from again. But with evident proof like this everyone’s perception will always be different because of their own level of experiences. So with that being said I believe her because the people that weren’t there to see what she saw are not going to believe her at first because those people are looking for extensive detailed analyzation, picking apart the evidence in her footage, lie detector tests, etc. at the end of the day she had an experience; an amazing yet creepy experience that answered every single question ever asked

It might be time to plan a trip to Brown Mountain ;). You can find all of the pictures, footage and interviews on his channel if you want to dive into this particular mystery a little further!

Below is many unexplained pictures taken from the Observatory. You can find more here. 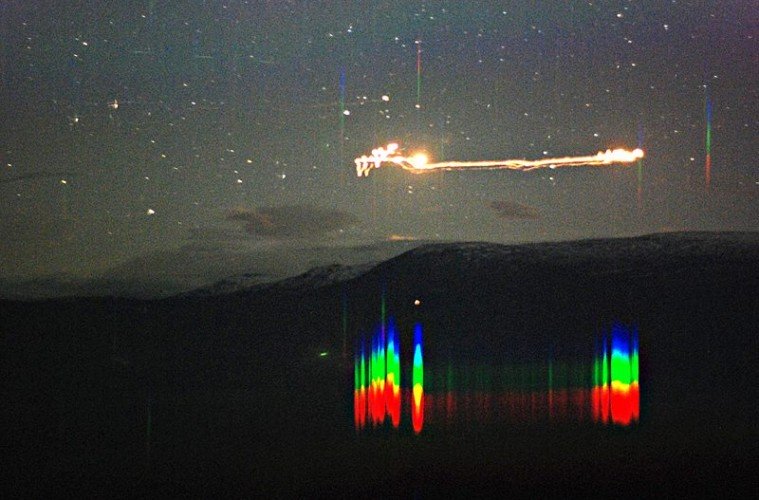 There is a simple takeaway message that goes with this article and it’s the fact that it’s okay to entertain an idea without accepting it. It’s also important to acknowledge phenomena that are not ‘officially’ acknowledged within the mainstream as ‘real,’ simply because these realities have tremendous implications, and they are indeed real. Strange stories, occurrences, and footage coming out of this area confirm without a doubt that the phenomenon of the Brown Mountain lights are indeed real, as far as what they are, remains to be unknown.

Arjun Walia writes for Collective Evolution, focusing on making changes in his own life and creating awareness, then moving beyond awareness and into action and implementation.