When it comes to Covid-19, bureaucrats and politicians keep moving the goalposts, changing the rules, and engaging in bait-and-switch tactics, so they can maintain the “new normal” dictatorship. Those who object, we’re told, “just want people to die.”

It’s now becoming clear that “you can’t have your life back in some states unless you take it back.”

Original video is found at misesmedia.

[As a service to protect truth from censorship, mirrored copies of this video are available at Truth Comes to Light BitChute, Lbry, Odysee & Brighteon channels. All credit, along with our sincere thanks, goes to the original source of this video.]

From the 2020 Supporters Summit, presented at the historic Jekyll Island Club Resort on Jekyll Island, Georgia, on 9 October 2020.

References for “The Fact-Free COVID Dystopia”

Tom Woods, a senior fellow of the Mises Institute, is the author of a dozen books, most recently Real Dissent: A Libertarian Sets Fire to the Index Card of Allowable Opinion. Tom’s articles have appeared in dozens of popular and scholarly periodicals, and his books have been translated into a dozen languages. Tom hosts the Tom Woods Show, a libertarian podcast that releases a new episode every weekday. With Bob Murphy, he co-hosts Contra Krugman, a weekly podcast that refutes Paul Krugman’s New York Times column. 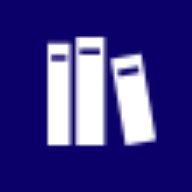 The Mises Institute exists to promote teaching and research in the Austrian school of economics, and individual freedom, honest history, and international peace, in the tradition of Ludwig von Mises and Murray N. Rothbard.

Founded in 1982 by Llewellyn H. Rockwell, Jr., with the blessing and aid of Margit von Mises, Murray N. Rothbard, Henry Hazlitt, and Ron Paul, the Institute seeks a free-market capitalist economy and a private-property order that rejects taxation, monetary debasement, and a coercive state monopoly of protective services.