Source: Dan Smotz, The System is Down

On November 22nd 1963, 55 years ago, the world watched in horror as 35th (and likely final) president of the United States, John Fitzgerald Kennedy was shot and murdered in Dealey Plaza in Dallas Texas.

Like so many other suspicious acts of domestic terror, the official story was that this crime was carried out by a lone gunman with mental instability and extreme unnatural accuracy with with a gun.

Now, in the case of this assassination, there is a great amount of US citizens, if not a majority of the population who accept the fact that the official story is incredibly far fetched.

Some think that alleged shooter, Lee Harvey Oswald had accomplices, some think that the CIA or the FBI carried out the whole thing, but regardless of which theory you believe to be more plausible, the fact that we know we were lied to about details regarding the assassination of a US president, obviously begs the question, “Why?”, “Why were we lied to even if only on a few facts?”, “Who’s ass is still being covered to this day?”, and most importantly of all… “Why are we ok with this?”

Today’s episode is my conversation with the great Ole Dammegard on this matter and what he believes really took place on November 22, 1963. Ole has dedicated the better part of the last 35 years of his life to uncovering the truth behind who really murdered JFK, so if there is anyone outside of government expertly qualified to speak on this topic, it’s Ole Dammegard.

Now, I know that this isn’t the most cheery topic to discuss as we head into the holidays and Thanksgiving week, but I feel strongly that this is a conversation that we still need to be shouting about and heavily digging into if nothing else, out of sheer respect for a man who refused to bow to elite corruption and, in turn, had his head literally blown off in broad daylight as a result. So that said and without further ado, here’s my conversation with conspiracy expert the great Ole Dammegard on who really assassinated President John F. Kennedy.

The System is Down: http://tsidpod.com 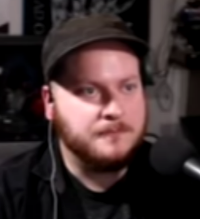 The System is Down is the podcast for all discussions uncomfortable, namely conspiracies, politics, and religion — discussing topics that your family prays you won’t bring up around the Thanksgiving dinner table. They are here to shed light on breaking or broken systems and have a fun time doing it. ‘Question everything and stay uncomfortable!’.