The Reptilian Roots of Pedophilia 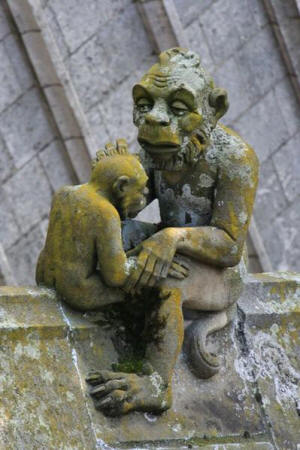 This gargoyle on St. John’s cathedral in Holland would certainly suggest pedophilia has reptilian roots. Add to it the fact that this is a bastion of Catholicism, itself rife with pedophilia, and the picture starts taking shape.

The reptilian instinct is a parasitic one, and vampiric sexuality is at its core.

Even the quickest perusal of the dark activities of the so-called elite and rulers of the forces of this world takes you directly to pedophile rings and satanic ritual abuse and ceremonial slaughter in every possible fashion. And the origins are spiritual first and foremost, being derived from manipulative satanic forces imposing their will and minds on an unsuspecting populace via every medium they can.

Call them demons, djinn, archonic entities, whatever – we have an infestation and they’re now going for the jugular.

Give Away Images – They Can’t Help It

Interesting this apparent act of pedophilia should adorn this Gothic 15th century cathedral and that it’s featured in most literature about the edifice. But maybe I’m just reading into this…or am I? What do you think of this innocent logo? 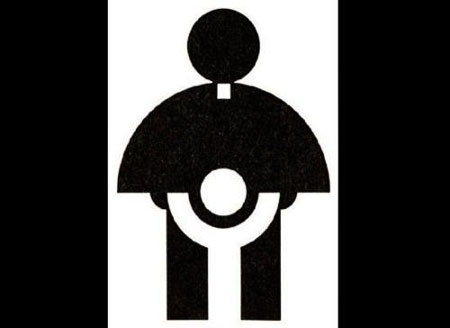 And he supposedly got his inspiration from this lovely “stained” glass window. Nice place to send your kids. 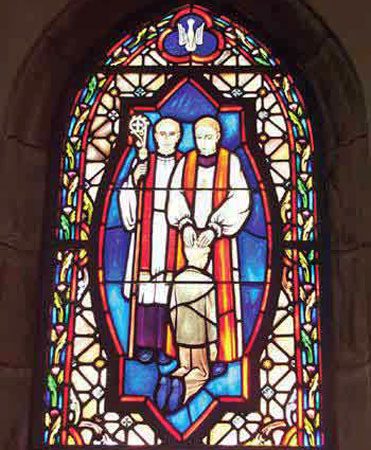 Interesting how the more hypocritical an entity is the more it dresses itself up to appear “official” or “respectable”. After all, monsters know who they are and try to keep their spiritual tails tucked in so it’s not too obvious. That this world goes so much by appearances is pure social programming through the ages. Instead of judging by actions people take these power freaks in suits and fancy costumes as truth – by not just listening to their lying drivel, but hardly ever really calling them out on it and holding them accountable.

So where do we see these camouflaged parasites on display, knowing how they like to brag about their hold on humanity?

This same cathedral above is one nasty looking building. While these edifices are glorified as wonderful works of architecture to me they’re ugly, deviant deliberate tirades against the pure beauty of nature. 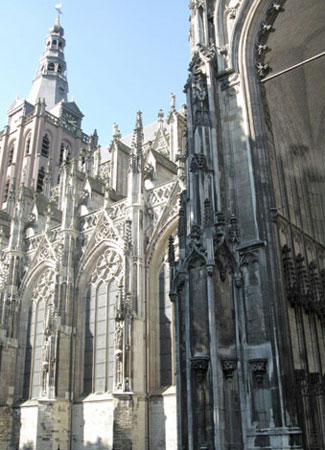 You have to force yourself to see beauty in that monstrosity. Fine, sacred geometry and feats of architecture yada yada, but to glorify what? Looks like invasive thorny barnacles hatched in the evil empire establishing a colony on the surface of lovely Gaia to me. Wicked.

So if this reptilian force is working amongst humanity wouldn’t there be some further indications, especially with their issues with arrogance and hubris? Certainly they have honored themselves and their roots for all to see in some cryptic manner… 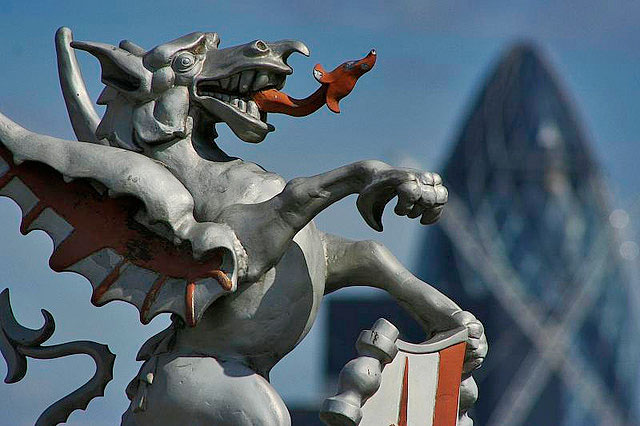 Not so cryptic after all. The City of London, financial and otherwise power base within greater London, is replete with dragons, as are the shields, emblems and coats of arms of royalty around the world. This one is in the foreground of the phallic  gherkin building. Goes with the phallic tongue of the dragon. 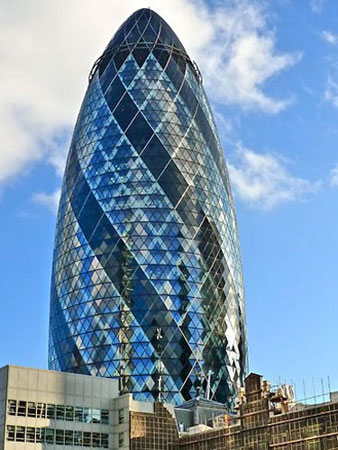 Think they’re trying to say they’re screwing us?But I thought the dragons were slain by St. George and were bad? You mean they made that up to fool us?  I’m shocked. Sure looks to me like the dragons won.

Here’s some of the lovely sculptures at Hampton House, UK, including this humanoid horned reptile with the royal scepter. Just a reminder who’s in charge. 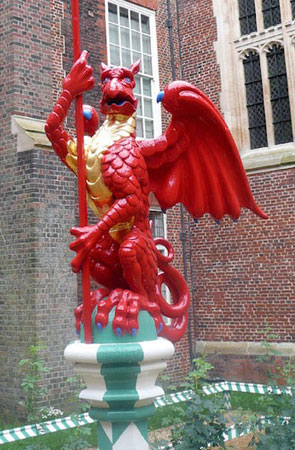 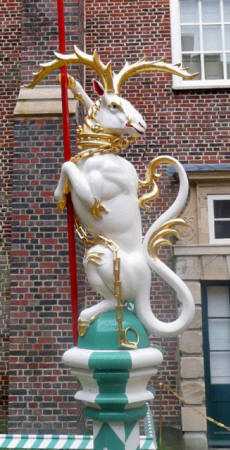 Lovely. “Honey, come here and see this one! Isn’t it beautiful!” Excuse me, what the fuck are they displaying and exalting here people?! More occult references to their netherworld of interdimensional power and control, but it seems even the infamous goat has to be chained. (Not the dragon, mind you..)

As you know, these dragon-reptilian-satanic displays are all over the world. Here’s one in Slovenia. 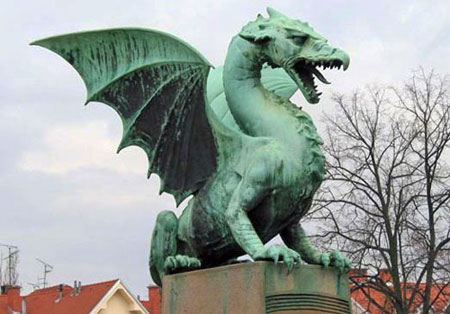 And of course they’re in everything Chinese… 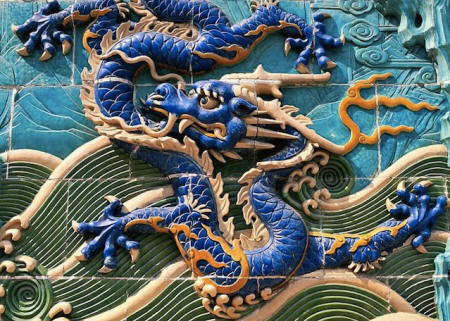 There are examples in every culture of these reptilian creatures being magnified as important in some way. When you see how specific they can get as in the case of the pedophile gargoyle, and you contra position these other telling images on display in our staged reality against the backdrop of obvious horror in the world today, things take on a different dimension in your sense of perception.

They hide in plain sight, but humanity would rather not know they’ve been corrupted and subjugated by parasitic entities. Even though they are devouring their own children, executing mass ritual slaughter and have imprisoned humanity for their own energy vampirism, apparently there’s something that keeps people from snapping out of their spell.

It always reminds me of this scene from Time Machine when the quasi-reptoid Morlochs would sound the siren and the groomed and well fed humans – Eloi – would hypnotically march into the maw of their Sphynx-like capped underground dwelling entrance where they were subsequently devoured.

The author, H.G. Wells, was an avid eugenicist, globalist and Fabian social engineer. Wonder where he got his inspiration and what else he knew? 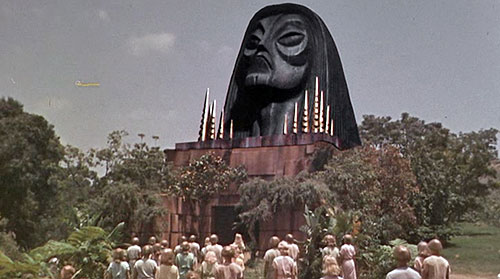 Don’t be entranced by any aspect of this matrix of deceit. And don’t try to outsmart it either as they’ll win just by your tuning into their lower vibration. Get as far from them and their media, money and other manipulated outlets of information and control as you can.

Their designs are only for the weakening and total dominion of mankind and the planet.

Keep a high frequency of conscious awareness and activity. Our environment is more toxic than ever and the only thing that can keep us is the same thing that empowers us – our connection and revelation within and without ourselves of the infinite and our connectivity together and with Source.

There’s is no more time for dawdling about. It will take a full time commitment to stay free and be in a position to where we can truly help others who are also awakening from the hypnotic slumber.

Keep on. There’s no losing a war that has already been won. But living the winning is the manifestation of itself.

It’s not theoretical – it’s as practical as knowing the right thing to say and do….and doing it. That fulfillment has tremendous power on so many levels.