Sudden Infant Death Syndrome: The term strikes fear into new parents, and for good reason. More than 2000 infants die of SIDS each year, and it’s the leading cause of death for babies between 1 month and 1 year of age. The loss is devastating to families who have experienced it, and the problem is compounded by the fact that there seems to be no way to predict when or who it will strike.

Sudden Infant Death is a diagnosis of exclusion, meaning that it strikes a once-healthy baby whose death can’t be explained by any type of illness, defect, accident or injury. There is simply no identifiable reason for these deaths. People often confuse SIDS with infant suffocation, because of public campaigns to remove blankets, padding, pillows and crib bumpers in an effort to lower the rate of infant deaths—but it should be noted that SIDS is not the same as suffocation and is not caused by suffocation. If a child has suffocated, their death is not recorded as being related to SIDS.

What does cause SIDS, if it’s not suffocation or an undiagnosed underlying health problem? One potential culprit is vaccines.

A disproportionate number of infants die of SIDS in the days and weeks after receiving scheduled vaccines.

“Prior to contemporary vaccination programs, ‘Crib death’ was so infrequent that it was not mentioned in infant mortality statistics,” a 2011 study published in Human and Experimental Toxicology states. In the 1960s, mandatory vaccination schedules were introduced and “Shortly thereafter, in 1969, medical certifiers presented a new medical term—sudden infant death syndrome. In 1973, the National Center for Health Statistics added a new cause-of-death category—for SIDS—to the ICD.”

That’s right—SIDS was not only the most common cause of infant death before the introduction of vaccines…it was practically unheard of!

A separate study found that babies die at a rate 8 times higher than usual in the 3 days after being immunized with the DPT vaccine.

By the tender age of 12 months, American children have had three times the number of vaccines that are recommended in Sweden, Japan, Iceland, and Norway. These countries rank 2ed, 3ed, 4th, and 7th respectively in their infant mortality rates, while the US comes in a dismal 34th—our babies dying at over twice the rate of those in less vaccinated countries.

Japan took action in the 1970s when they saw that cases of death and severe injury were occurring after the DPT shot. Between 1975 and 1980, they raised the age of vaccination with DPT from 3 months to 2 years—and saw an immediate 80-90 percent decrease in injury and death.

How can we continue to put our children at risk, knowing that there is a real association between the rising number of inoculations we’re bombarding them with and Sudden Infant Death?

The only people benefitting from the inflated number of recommended vaccines are the big pharmaceutical companies. Our communities are less healthy, our people suffer from higher rates of autoimmune disease, our children are experiencing neurological problems at high rates, and our infants are dying.

It’s time to take action and follow the lead of countries whose health, infant mortality rate, and life-span all beat our own. Our children are paying a very high price for Big Pharma’s greed. 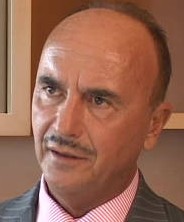 Dr. Coldwell is also known as one of the leading Health Freedom Fighters. For many years, he has been the Key Note Speaker at the Health Freedom Expos and the Natural Cures Health Expo.