Joining Ryan today is returning guest and investigative journalist Vanessa Beeley. The Last American Vagabond has been extensively covering the recent discussions by the MSM and DHS about the “new 9/11” that they could see coming, but ‘don’t know how to stop.’ 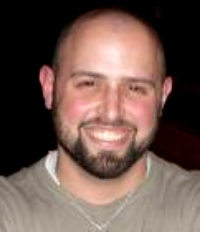 “Living is easy with eyes closed, misunderstanding all you see.” – John Lennon

Driven by a desire for accuracy, chef and alternative news stalwart Ryan Cristián has a passion for the Truth. As founder and Editor-in-chief of The Last American Vagabond, he understands that Americans want their news to be transparent, devoid of the opulence frothed out by today’s Corporate Media. A cultured and insightful man with a worldly sense, Ryan’s unjaded approach offers common sense to the individual racked by the ambiguous news cycle – a vicious and manipulative merry-go-round that keeps trenchant minds at a manageable distance from the truth. Avid writer and editor by day, Truth seeker by night, Ryan’s reality defines what it means to be current.